3 boys dead after being hit by vehicle near Nelson House, Man., says chief

Three boys have died after they were hit by a car on a road near Nelson House on Nisichawayasihk Cree Nation.

Three boys have died after they were hit by a car while riding their bicycles and walking on a main road near Nelson House on Nisichawayasihk Cree Nation.

Chief Marcel Moody and council member Bonnie Linklater both confirmed the trio were riding their bikes and walking with a group of friends on PR 620, the main access road to the community, at about 10:30 p.m. Saturday when they were hit by a car.

In a statement posted to Facebook Sunday, Moody identified the victims as Keethan Lobster, 11, Mattheo Moore-Spence, 11, and Terrence Spence, 13.

"The community is in a state of shock here," said Moody. "Everybody's grieving, trying to figure out what's happened in the community."

RCMP say the driver, 27, was travelling southbound on the road with four passengers when his vehicle struck the children.

Police said two of the children were walking and one was riding a bicycle.

They died at the scene about 600 metres outside of town, said Moody. The community is about 660 kilometres north of Winnipeg.

RCMP say the driver fled from the scene after the crash, then turned himself in to the Nelson House RCMP detachment at about midnight. Alcohol is believed to be a factor in the crash, said Sgt. Paul Manaigre.

"Here we have a situation where alcohol is involved and we have three youths' lives taken away so I imagine there is shock, there's probably some anger but we want to assure everyone up there that we have resources in place." 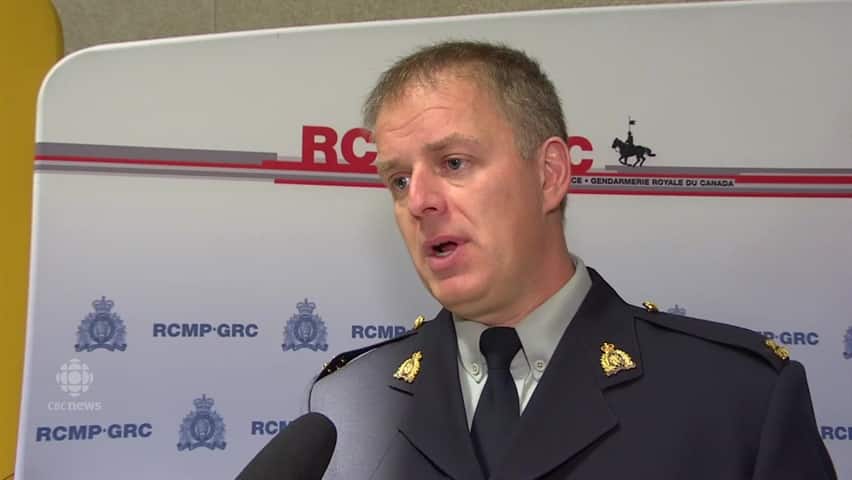 3 boys dead after being hit by vehicle near Nelson House, Man.

2 years ago
0:23
Three boys have died after they were hit by a car on a road near Nelson House on Nisichawayasihk Cree Nation. 0:23

Two of the boys were good friends with his grandson, said Moody, so he "knew them really, really well."

The families of the three boys were able to meet at the community hall along with the chief, community and spiritual leaders, said Moody, and have a prayer in the early hours of the morning.

"We are going to be meeting with council and the families tomorrow," he said. "The community's very strong and they usually come together at times like this, right through to the wakes and funerals."

In a statement posted to Facebook later on Sunday, Moody said a vigil is planned for Monday at 7 p.m. at the site of the crash. A community gathering is also being planned for Monday, as are "other steps" to help the community deal with "our individual and collective grief," the statement said.

A Facebook memorial page will also be set up to allow the community to share photos and memories of the three boys, the statement said.

Manitoba Keewatinowi Okimakanak Grand Chief Sheila North said she believes the deaths could have been prevented.

"That particular area, the roads are in desperate need of repair and other communities around it," she told CBC.

"The lighting within the community needs better infrastructure for people to see better in the dark. But still, I don't know if even those things would have avoided such a tragedy at this time," she added, saying significant lighting improvements also need to be made in many northern Manitoba communities.

North described Nelson House as a growing, tight-knit community that comes together during times of tragedy.

"I know the chief and council are very much in grieving mode, they just buried an elder and now they have to bury three young people, so it's a very sad time," she said.

Other Indigenous leaders began sending out their condolences Sunday afternoon.

"My heart goes out to the Nisichawayasihk Cree Nation and the families of three young boys tragically killed last night while out for a bike ride. Extending love and support to all who knew them," said Assembly of First Nations National Chief Perry Bellegarde on social media.