The money behind the politics: Winnipeg’s most generous political donors

It takes money to run a civic election campaign, and a CBC News analysis of the last Winnipeg election shows the top contributors are well-established company owners and executives who do business with the city. 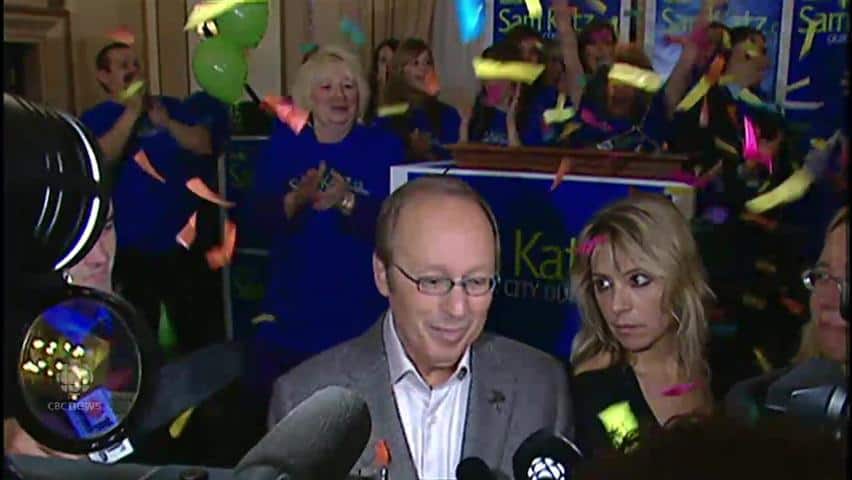 The money behind the politics: Winnipeg’s most generous political donors

6 years agoVideo
2:46
It takes money to run a civic election campaign, and a CBC News analysis of the last Winnipeg election shows the top contributors are well-established company owners and executives who do business with the city. 2:46

It takes money to run a civic election campaign, and a CBC News analysis of the last Winnipeg election shows the top contributors are well-established company owners and executives who do business with the city.

The top five contributors to mayor and council candidates in 2010 include developers, a contractor and a hotelier.

Leo Ledohowski, president of Canad Inns, was the most generous contributor in 2010. He donated $1,500, the maximum allowable amount, to Mayor Sam Katz’s re-election campaign. He also made contributions to 13 other candidates for a total of $11,250.

The second and third biggest donors are Sandy and Robert Shindleman of Shindico. They both donated $1,500 to Katz’s campaign and together sent cheques to the same eight candidates for council.

Robert Shindleman went it alone and donated $750 to Thomas Steen without his brother matching his contribution.

​They are not the only people from Shindico on the donation list. John Pearson, an independent broker/developer affiliated with Shindico, distributed $3,899 among six candidates for council and Shindico’s development manager, Bob Downs, gave $249 to Grant Nordman’s campaign.

"When you allow companies and other organizations who have an interest in city government decisions to make donations, then it’s a recipe for corruption," said Duff Conacher, co-founder of Democracy Watch based in Ottawa.

"It is essentially a form of legalized bribery, and just because it is legal it does not mean it is ethical."

Other experts see political donations as having a more benign effect on government.

Chris Adams, a local political scientist, said donors "get a sense that [they’re] connected to the people who are making decisions. [They’re] feeling that you can make a phone call and that person will answer your phone call."

This is the first time Winnipeggers can see who makes political donations and who takes them. Unlike most jurisdictions that put campaign contributions online, donor information is not readily available in Winnipeg.

Anyone can view the contribution list inside the city clerk’s office, but no one is allowed to scan or photocopy the information. The only way to get the big picture of where the money in civic politics is coming from, is to manually enter each donation into a database.

CBC News entered all 2,655 individual donations into a spreadsheet.

When we tried to get the same information using a freedom of information request, the city agreed to release the list, but not before blacking out the names and addresses of donors.

"The fact that we have to have the CBC send somebody down for a couple of days to transcribe some names shows that there's a lack of transparency right now," said Adams.

The city clerk’s office doesn’t see a problem with the current system.

"The processes worked well for us for many years," said deputy city clerk Marc Lemoine. "We've never really had any complaints in regard to it."

A who's who of donors

Shindico is most recognizable developer on the list because its dealings with the city have been the subject of several scathing audit reports.

​Other developers on the list include Arni Thornsteinson, president of Shelter Canadian Properties Ltd. He gave Katz $1,500 for his campaign, plus he donated to eight city council candidates.

In 2013, the city purchased the newly built South District Police Station from Thorsteinson's company for just over $15 million.

Contractors were also represented in the top donor list. Taillieu Construction president Wilf Tallieu gave a total of $6,000, which put him in fifth place.

In sixth place is Taillieu’s vice-president, Robert Reidy, who gave $5,250. The construction company got a $1.7-million contract for the Waverley Street extension in 2012.

Taken alone, donations by the directors and shareholders of Borger-run family businesses Ladco Company and Borland Construction did not make it into the top 10 donors. However, the CBC’s analysis calculated Borger family member contributions added up to $16,750.

Ladco has been a major developer in Winnipeg for decades. It developed planned communities including Windsor Park, Southdale and South Pointe in Waverley West.

Katz received donations from nine out of the top 10 donors. He denied campaign donors have undue influence.

"Someone making a donation isn't getting a permit quicker than anyone else … I can assure you of that," he said.

​Abdo El Tassi was the only person on the top 10 list of donors who agreed to an interview with CBC News.

El Tassi is open about his business with the city. He recently bid on Winnipeg Transit uniforms after losing that contract three years ago. He lost the tender — "We couldn't get it because our price was a couple dollars too high," he said.

His company also supplied police uniforms in the late 1990s.

El Tassi gave a total of $4,800 to seven candidates, including Katz and Harvey Smith.

"I really respect the people that are running for council and for mayor. They're trying to serve the city and serve the public," he said.

"It's very honourable of them; they're not getting rich on that."

It is not just business people who donate. Leaders of unions and political parties also give.

Kevin Rebeck, the current head of the Manitoba Federation of Labour, gave $1,485.

Conacher said he thinks donations should be capped at $200 maximum, which would allow people with lower incomes to participate.

He points to Quebec, which instituted a $100 donation maximum after rampant municipal corruption was uncovered during the Charbonneau Commission.

Winnipeg’s limits for contributions are $1,500 for mayoral candidates and $750 for city council candidates.

"lt is clearly unethical and undemocratic and it has to be stopped if you want a city government that will make decisions consistently in the public interest," said Conacher.

With files from Rebecka Calderwood