More help is needed for tenants with disabilities who are unable to work due to COVID-19 pandemic: advocate

"I've never had this much uncertainty in my life," said Luba. "It's very hard to plan for the next week, let alone the future."

Luba, 57, has multiple health conditions that put him at a high risk if he catches the coronavirus, including congestive heart failure, diabetes and atrial fibrillation.

"If I were to get COVID, there's a good chance that it could kill me," he said.

Before the pandemic reached Manitoba, Luba worked as a supervisor in the kitchen at the University of Winnipeg Collegiate. Due to his fragile health, however, he was forced to quit and hasn't been able to go back to work since.

He had been relying on the Canada emergency response benefit to pay rent on the Assiniboine Avenue apartment where he currently lives.

Now, CERB has ended and the Manitoba government is lifting its ban on most evictions and rent increases, as of Oct. 1.

Luba's rent is set to go up in November.

"If I don't get things together in the next 30 days and have a little bit of certainty on where rent is coming from, I could be homeless," he said.

Although many CERB recipients are automatically being transferred to a revamped employment insurance program, Luba says he doesn't qualify because he hasn't worked enough hours.

He applied for Employment Income Assistance, but he says he was rejected because he had too much money saved up. He's still waiting to find out if he's eligible for other federal supports.

WATCH | Out of work, out of benefits and now out of rent money: 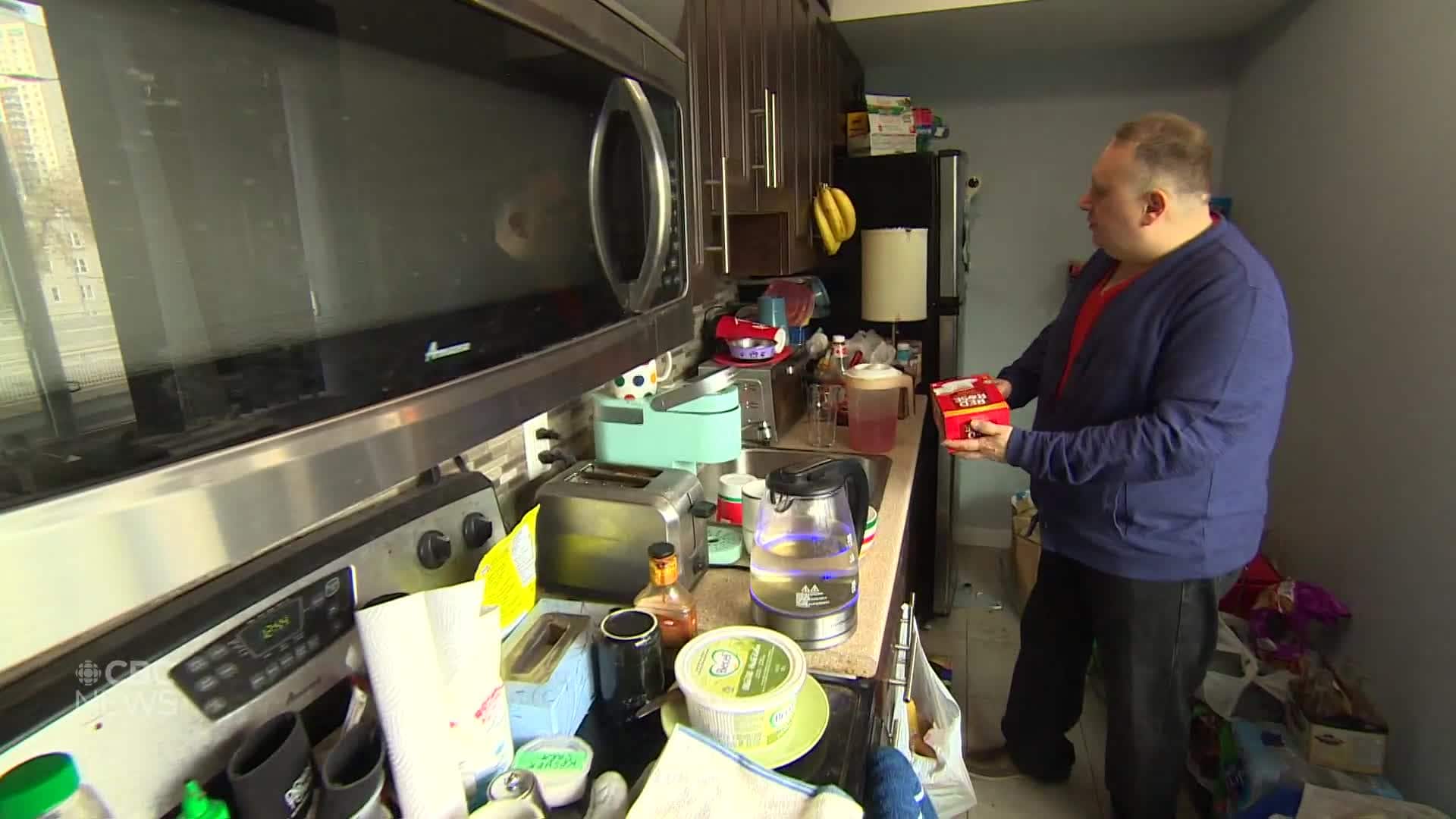 Out of work, out of benefits and now out of rent money

4 months agoVideo
3:25
Three years ago, Randy Luba felt secure living in his own house in Winnipeg's West End. Now, after losing the house in a fire in 2017 and then losing his job this year due to COVID-19, Luba worries he could be homeless within the next month. 3:25

The stress of not knowing whether he will be able to afford to stay in his home has taken a toll on Luba's mental health.

"It's very hard when you're an independent person, making a living, struggling but making your way through, and having that disappear basically overnight," he said.

'Depression is sinking in'

The combination of the economic damage wrought by COVID-19 and the health risks posed by the virus hit especially hard for tenants with disabilities, many of whom are already living in precarious situations, says Samantha Smith.

"Depression is sinking in, greatly," said Smith, a West Broadway resident who has worked as an advocate for people with disabilities for more than two decades.

Manitobans living with disabilities are in "dire straits," she said.

"People with disabilities, before COVID, are very at risk of being homeless or near homeless, primarily because of employers and landlords, because they cannot afford a place to live," she said.

Recently, she says she helped a woman get into an emergency rooming house after she was served an eviction notice so her landlord could renovate her suite. Having lost her job due to COVID-19, the tenant wouldn't have been able to afford the increased rent once the renovations were complete, Smith said.

"She's very scared," Smith said. "She has no idea if she will be working again, or if she could get another job, because it takes a long time for us to get employment. It's just awful."

Although he sympathizes with people like Luba who are struggling to make rent, property manager Avrom Charach said he and other landlords have been calling for the end of the moratorium.

It's unfair for the government to force landlords to not operate like any other business, and a small number of tenants have taken advantage of the eviction ban, said Charach, spokesperson for the professional property manager's association and vice-president of Kay Four Properties Inc.

"Not so much people like Randy, but people who decided it was appropriate to hold parties every couple of nights because the landlord couldn't evict them," he said.

Charach wants the Manitoba government to follow the example of other provinces, like Ontario and Nova Scotia, and set up a "rent bank" that would offer loans to tenants who can't make rent.

A spokesperson for the provincial government said it doesn't have data on how many tenants may be behind on their rent, because landlords and tenants may be handling those issues without involving the Residential Tenancies Branch.

A Sept. 17 report from the Canadian Centre for Policy Alternatives said that between 5,456 and 7,882 Manitoba tenants are in arrears and weren't able to pay their rent during the pandemic.

Smith wants the Manitoba government to follow the example of British Columbia, which announced in April it was giving an extra $300 to people receiving disability benefits.

Luba says he has enough money saved up to pay October's rent, but that will leave him with almost nothing. Without some form of additional aid, he says he could end up forced to stay in a shelter, a situation he called "a death sentence."

"After the fire, I lost everything," he said. "I stand to lose what little I had left."