A 17-year-old boy who killed a Pizza Hotline delivery driver in Winnipeg in 2011 has been sentenced to life in prison. 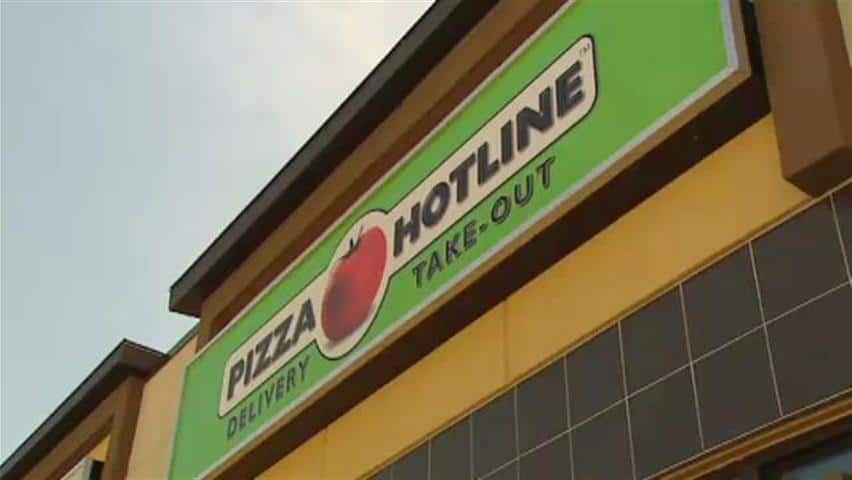 8 years agoVideo
1:57
A 17-year-old boy who killed a Pizza Hotline delivery driver in Winnipeg has been sentenced as an adult, resulting in an automatic life sentence. 1:57

A 17-year-old boy who killed a Pizza Hotline delivery driver in Winnipeg in 2011 has been sentenced to life in prison.

The teen, who pleaded guilty to second-degree murder in the death of Gerald Crayford, was sentenced as an adult on Thursday, receiving an automatic life sentence.

Crayford, 54, was attacked and killed during a robbery at an East Kildonan Pizza Hotline restaurant on May 15, 2011.

Police have said the boy, who was 15 years old at the time of the attack, has a history of violent offences.

Provincial court Judge Rocky Pollack ruled that the nature of the crime, as well as the boy's apparent lack of remorse for his actions, led to the decision to issue an adult sentence.

Family members of both Crayford and the accused broke down in tears as the sentence was handed down at the Winnipeg courthouse.

The Crown had sought an adult sentence for the boy, which would mean life in prison with no chance of parole for at least seven years. If he had been sentenced as a youth, he would have received a maximum sentence of seven years.

The court will reconvene in July to announce when the teen can be eligible for parole. The Crown is asking for seven years, while the defence has requested five years.

"It's a sad commentary on society that a 15-year-old aboriginal youth gets sentenced to life for murder," Prober told reporters outside court.

Pollack said the adult sentence was necessary in order for the boy to be rehabilitated.

According to Pollack's sentencing decision, the boy armed himself with an axe and, with an 18-year-old accomplice, robbed the Pizza Hotline shortly after 2 a.m.

Crayford, who was between deliveries, tried to take the axe away from the teen and sustained two blows to the head with the blunt end of the axe. He later died in hospital.

Following the attack, the accused and his accomplice took the restaurant's cash register and removed $2,000, about $675 of which went to the teen.

The boy later bragged about the robbery and the slaying of Crayford, and some family members and a friend helped him hide the axe, court heard.

One friend testified that "she asked him what it felt like to kill someone and he answered that 'it felt cool'," Pollack's decision states in part.

But Prober argued that his client does feel remorseful for what happened. He had urged the judge to consider the boy's upbringing in a home with violence and drugs.

The accomplice has yet to go to trial.