Former Jets superstar Teemu Selanne gets key to the city

The Finnish Flash has a key to Winnipeg.

"It'll open any door in the city of Winnipeg," joked Bowman.

Selanne smiled and said he was honoured by the gift.

"Winnipeg has always been a very special place for me," he said. "I'm so happy to be here."

Selanne's oldest son, now 20, was born in Winnipeg and is a proud Canadian. Selanne said the city has shaped in part who he is.

"There's a reason why they call this [place] friendly Manitoba."

"Known as much for his personality off the ice as he was for his play on the ice, Teemu is truly an ambassador for the game of hockey and a hero to Winnipeg Jets fans," Bowman said.

Selanne broke NHL records for goals scored during his rookie season for the Jets. Another Finn rookie, Patrik Laine, looks to be following close in his footsteps.

"When Winnipeg drafted him I was so pumped," Selanne said. "I knew he was going to be happy here."

Selanne started his NHL career with the Winnipeg Jets in 1992 and set a record that still stands, scoring 76 goals in his rookie season. The performance won him the league's Calder Trophy for rookie of the year.

His career also had stops with teams in Anaheim, San Jose and Colorado before he retired in 2014. 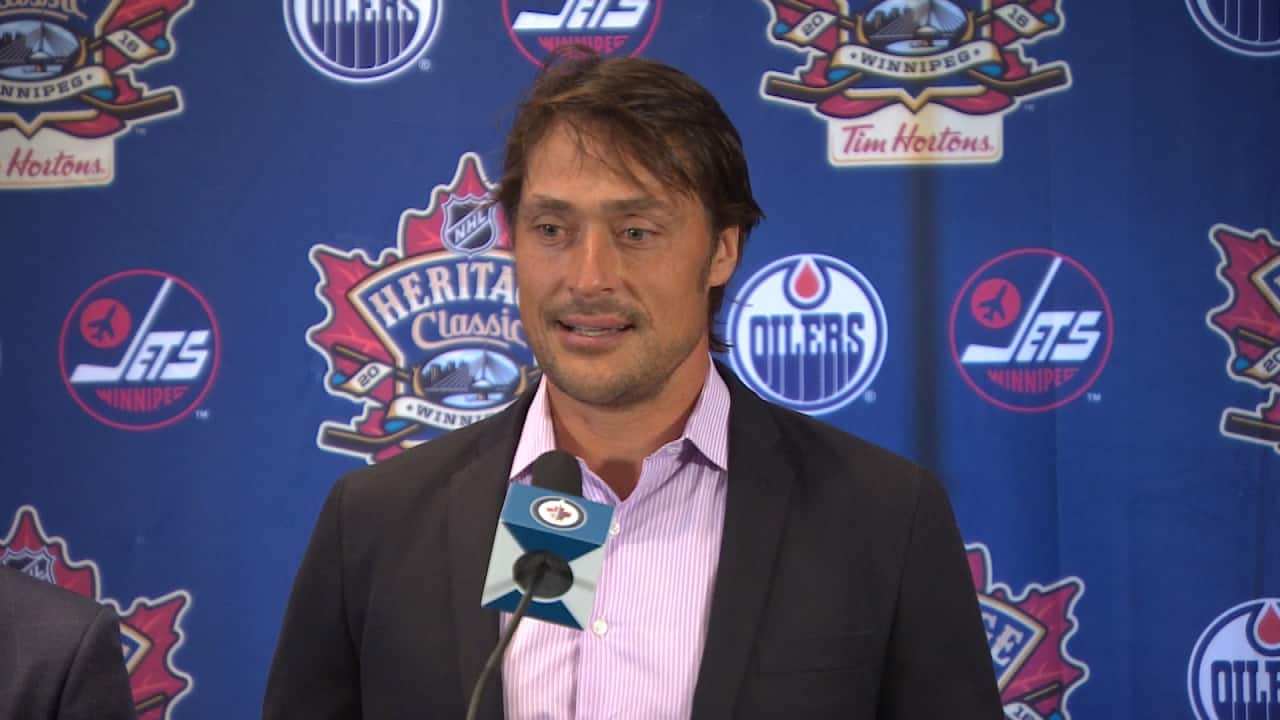 'Winnipeg has a big part of my heart'

Selanne is back in Winnipeg to take part in the NHL's Heritage Classic alumni game this weekend in Winnipeg. The retired hockey player said he got "goosebumps" putting the jersey on again.

The outdoor alumni game, featuring hockey legends from the Jets and Edmonton Oilers, takes place Saturday at Investors Group Field, home of the CFL's Blue Bombers. The current Jets and Oilers will meet in the NHL's Heritage Classic the following day.

Last month, Bowman presented musician and philanthropist David Foster with a key to the city, which Foster dropped when he went to hold up the case and show it off.

It was the first such key Bowman has handed out since becoming mayor two years ago.

The honour is given to esteemed residents or visitors, with past recipients including: