'It was a very sad day': Teemu Selanne reflects on trade from Winnipeg Jets in new memoir

It took less than four seasons of NHL Hockey for all of Winnipeg to fall in love with Teemu Selanne, and for Selanne to fall right back in love with the city that drafted him as a teenager.

It took less than four seasons of NHL Hockey for all of Winnipeg to fall in love with Teemu Selanne, and for Selanne to fall right back in love with the city that drafted him as a teenager.

"I'm a very open person and I like people — the relationship what we created ... between me and the fans here it was just something incredible," Selanne told CBC Manitoba's Weekend Morning Show host Nadia Kidwai.

The former Winnipeg Jet is back to promote his autobiography titled My Life, co-authored by Ari Mennander. The book was originally released in 2014 in Finnish.

"I was so lucky and happy that I got started here," Selanne said. "It's so hard to describe the feeling when I arrived there and how anxious the people were to make me play well."

The transition from the top professional league in Finland, to the NHL and his first training camp as a Jet, was a challenge for the young Finn.

"The competition is so hard ... I remember the competition in the training camp and all the fights and everything I lost, [thinking] I don't know if I'm ready for doing this," said Selanne.

His book outlines how Selanne had a Hall of Fame career, playing 23 seasons in the NHL, and how he handled the fame associated with being a professional athlete.

"There's no real surprise, the discipline lifestyle, [writing about] what you have to do to be able to play and have success in the league. [At times] it is pretty tough to go out and try to just enjoy when there are so many people coming and making the big deal that you were there," he said.

The Finnish Flash was adored by fans and media alike for his play on the ice, and his savvy, friendly behaviour off the ice; but, he said not everyone felt the same.

"I felt that you know a of lot of older guys especially in the industry didn't like it. I felt a little bit embarrassed because I didn't think I was that good, but the headlines were about me," he said.

Early in his career, when he was traded from the Jets, he began to realize he couldn't control what people think about him — just how he played on the ice.

"The only thing I can control is how I behave and how I react from different things, but sometimes I feel a little bit embarrassed about the attention I got. I tried to remind myself that I don't know how I could do things different." 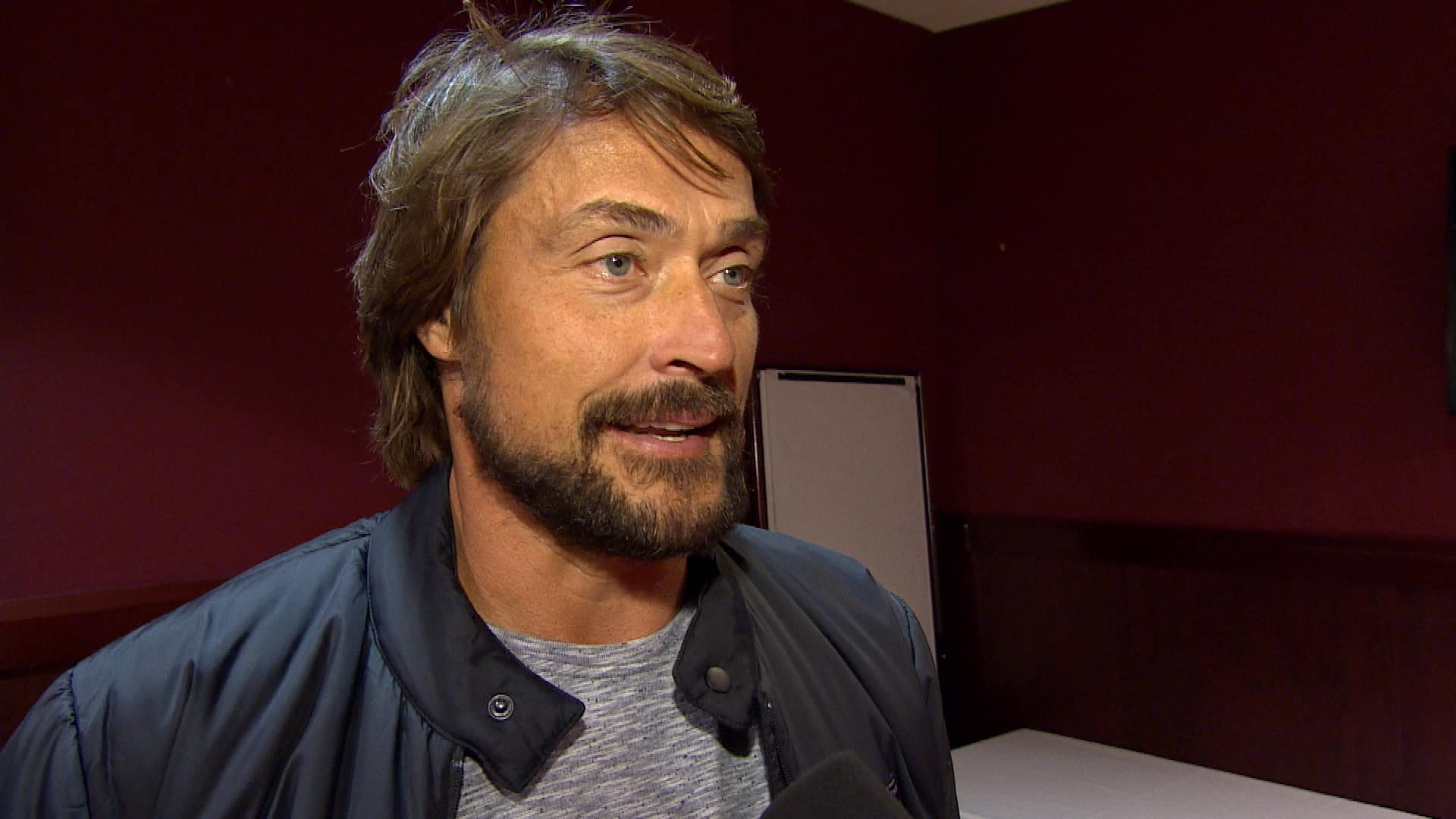 Selanne's departure from the Jets came in February 1996, when he was traded to Anaheim, a moment he said changed the trajectory of his career.

Weeks prior to the trade, Selanne remembers reading stories in the newspaper that the team couldn't afford to have three highly-paid players, so they would be forced to deal either him, Alexei Zhamnov or Keith Tkachuk.

Leading up to the eventual trade, the new owner of the Jets, Richard Burke, called Selanne to ease his concerns. He recalls Burke telling him not to worry about the trade buzz and that he was going to be a part of the franchise's future.

"He didn't have to call me and I felt good that he called and I was very happy because I didn't want to get traded," said Selanne.

Then, one afternoon as he was practicing with the team, head coach Terry Simpson pulled Selanne off the ice telling him there was a call waiting for him in the office.

"I still had a helmet on ... I didn't know what was going on, but I didn't really expect that [general manager] John Paddock was going to call and tell me that I got traded," said Selanne.

Selanne recalled at the time he was overcome emotions and the daunting task of rejigging his entire life — including traveling with his wife who was nine months pregnant at the time.

"I was shaking ... I always heard stories the first trade is the hardest and it was right ... it happened so quick, the next day I was gone. I never got to say goodbye to my teammates, friends or fans," he said.

Growing up in Finland there were no trades, you represented the team you wanted, and Selanne expected the same would happen in North America.

"I was so naive, I thought that Winnipeg was always going to be my home, I did everything I could to make them happy and to put this city on the map. That trade changed everything, I woke up and realized that the NHL was all business, it completely changed the way I see the world," he wrote in his book.

Immediately following the trade, Selanne felt he had not only failed his family, but the entire fanbase, too.

"You almost feel that you failed, like they were not happy with me, and that's what probably hurts most," he said.

But, the trade proved to be a lesson for the young Finn: despite the emotions involved in the game, at the end of the day it always comes down to numbers.

"I just learned how brutal the business can be in all this, there's no feeling between the team and the player and when you're gone, you're gone," he said.

Despite the initial feeling of rejection after being traded, Selanne said Winnipeg has and always remains a special place in his heart.

"I think the feeling for the city, the fans and people just hasn't changed ... [the] first time after the trade when I came to play as an Anaheim Duck, the welcome I got from them it was just incredible," said Selanne.

Selanne will visit Toronto, Hamilton and Thunder Bay as part of his book tour.

with files from Nadia Kidwai