When Roberta MacKinnon moved to Brandon nearly two decades ago, she saw an ugly side of the city that no one wanted to talk about.

'I don't think that we're seeing the depth of the problem,' leader of Brandon's Bear Clan patrol says

When Roberta MacKinnon moved to Brandon nearly two decades ago, she saw an ugly side of the Manitoba city that no one wanted to talk about.

"I would bring it forward and people would say, 'Oh, no no no.'"

Now, she wonders if the city would be in the grips of a meth crisis if someone would have listened all those years ago.

MacKinnon, who founded Brandon's Bear Clan citizen patrol in 2017, said volunteers now regularly find needles and syringes while out on patrol in the city's downtown.

And it's not just her citizen patrol that says there's a problem — Brandon police say they seized more than 40 times as much meth in 2017 as they did the year before.

"I don't think that we're seeing the depth of the problem," said MacKinnon.

The Bear Clan doesn't gather statistics on drug use or users it encounters, but anecdotally, MacKinnon said they're seeing a shift.

"I do know personally that there is a growing meth problem here and people are involved. People I care about are involved," she said. "I don't know how to stop it and I don't know what to do."

MacKinnon said it's a problem that crosses all demographics in the city.

It's advocates like Kim Longstreet who have helped bring attention to the city's meth problem. Longstreet became vocal after learning her son was an addicted IV meth user. Since then, she's been one of the city's most vocal advocates. She believes people are now finally starting to listen.
"We need to take back our pride," she said. "We need to take back our community. These are our streets. They belong to us. We decide as a community what we want to see happen here. And we have the power."

Longstreet said she was worried at first to share her family's story. But now, as more people start talking about how meth has gripped their families and city, she feels the stigma is starting to lift.

"We have kids growing up here. We have children," she said. "There's this real concern that if we don't get a handle on … what's taken place in our community, we should take the blame as a community.… It's our responsibility to do what we need to do."

Longstreet said she hopes to read a community impact statement at an upcoming sentencing hearing in a high-profile drug case in Brandon. That case stemmed from the takedown of an organized crime ring based in southwestern Manitoba and resulted in the seizure of three kilograms of cocaine, 1.5 kilograms of marijuana and one kilogram of methamphetamine, Brandon police and Manitoba RCMP said.

She's also planning a "Take Back Our Streetz" rally, which aims to bring the city together in solidarity against illicit drugs. The May 26 rally is part of the RJ Streetz Foundation, which Longstreet founded with the goal of developing a substance-abuse treatment centre in Brandon.

The rally, she said, will focus on drawing attention to the fact that help is needed now.

Brandon police say they're seeing the effects of the increasing presence of meth in the city.

"It's maybe taking us quicker than some of the other dugs have taken us in the past," said Staff Sgt. Kevin Loewen, head of the Brandon Police Service's crime division.

"We've seen an increase in it and it seems to be pushing or influencing crime in general," said Loewen.

"We are seeing people act in a more aggressive manner. Therefore, of course, officer safety is paramount of our concern, not only for our officers, but for the other civilians and citizens that are out and about."

Loewen said a spike in break-ins and thefts from garages and sheds in the city has been attributed to meth use, as users search for items that are easily sold or traded for drugs.

Loewen said in many cases, police know where the meth is coming from and how it's entering Brandon, but declined to discuss specifics with CBC News, citing ongoing investigations.

"You just wonder what goes through their heads to make these poor choices," he said of some of the violent and combative behaviour officers are encountering on the streets. "Then you wonder if they take a look in the mirror."

The City of Brandon allocated $172,000 to police in the 2018 budget solely to address the meth crisis. Loewen said the additional funding will be used to boost the crime division.

"I think it's a service-wide approach," he said. "The big thing is that we've done what I believe is a really good job of engaging all the sworn members to be alive to this growing problem and make sure we put a conscious effort to it with respect to our drug enforcement team."

Loewen said he'd like to see stiffer penalties for dealers who are first-time offenders to act as a deterrent. He's also joined the chorus of those calling for more treatment options for addicts.

"Drugs aren't going away," he said. "We do have what I believe to be a shortage of treatment facilities in Manitoba, and that's an aspect law enforcement can't help [with]. But we need their help, that's a big part. It's a partnership."

MacKinnon said the Bear Clan volunteers only offer the people they come across care packages and meals. There is currently no detox facility in Brandon for meth addicts.

"We're just there to kind of give them hope and give them a little bit of humanity, to make sure that they have what they need for today," she said.

But she has hope.

"I went down my own path of drugs and alcohol, and once I started having children, I realized that I don't want this for my kids and I had to find my own healing," she said.

"I had to find out who I was. I pray that they can start their own healing journey." 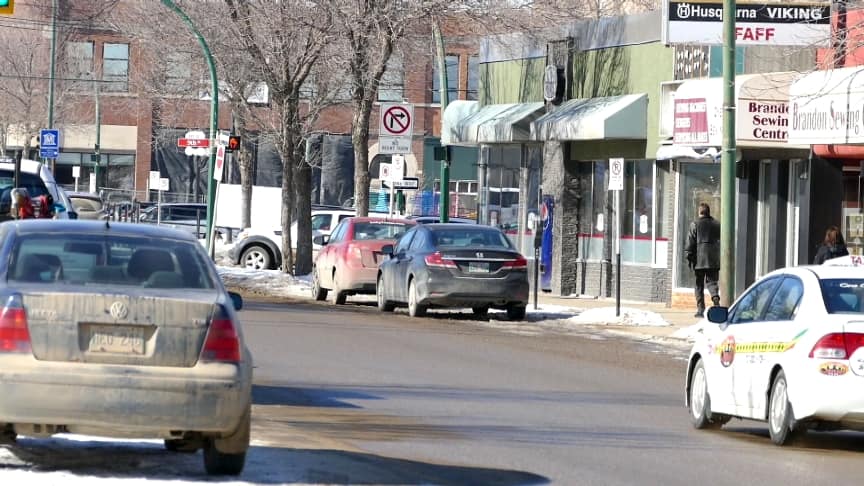 3 years agoVideo
2:21
Brandon is Manitoba's second largest city and home to 56,000 residents. It's vibrant, growing and diverse, but peel back a layer and you'll discover a darker side of life in this city. Until recently, it's something that few people spoke about publicly. 2:21