Canada's federal immigration minister says the government was surprised by the number of Syrian refugee children they admitted in the last year. The large number of children poses challenges for schools and finding appropriate housing, said John McCallum.

Canada's federal immigration minister says the government was surprised by the number of Syrian refugee children it admitted last year.

"Many of the refugees had large numbers of children and that was not completely anticipated in the beginning," said Citizenship and Immigration Minister John McCallum after a meeting with provincial counterparts in Winnipeg on Wednesday.

The number of children as part of the 2015 cohort of refugees presented challenges for schools and appropriate housing, he said. Approximately 31,919 Syrians have arrived in Canada and more than 20,000 applications are in progress.

Wishart said Manitoba doesn't know the precise number of refugees who will be calling Manitoba home this year. 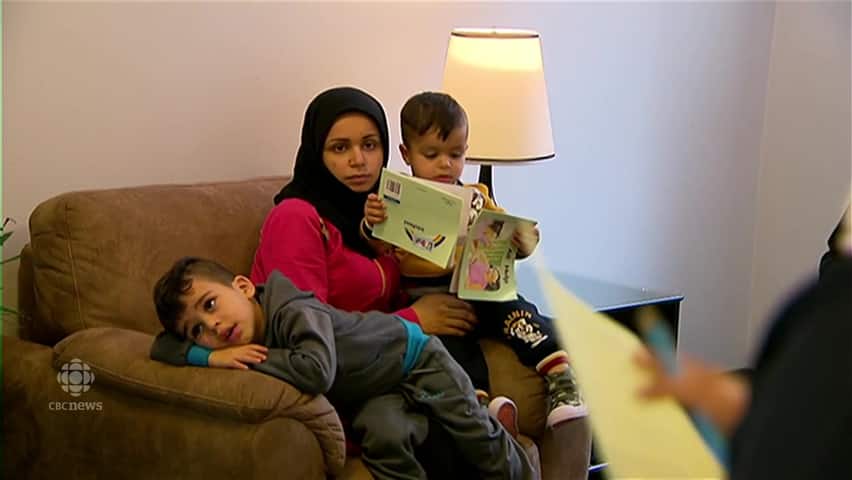 "We know roughly how many families we'll be getting but we never seem to know the family size," said Manitoba's Minister of Education and Training Ian Wishart.

On Tuesday, Wishart said Ottawa is downloading many of the extra costs onto provinces associated with settling Syrian refugees such as education funding.

While McCallum said Ottawa is not considering extending supports for refugees beyond their first year in Canada, it is looking at providing additional funds for education. Ottawa is considering expanding funding for English and French as an additional language programs.

"After that we hope that they would have a job," McCallum said.

Winnipeg School Division receives the majority of Manitoba-bound refugee students, said Radean Carter, spokesperson for the school board. The division is calling on government to provide longer-term housing and settlement supports to refugees along with additional money to hire language instructors.

In 2015, the division accepted 170 Syrian students and received a special one-time grant in early 2016 from the province and federal government of $600,000 to accommodate the students.

"While we are expecting additional refugee students into our division this school year, we have not had any numbers or timing confirmed, nor any funding announced," Carter wrote in an email.

"These resources are fully employed and finding more qualified EAL teachers and support workers is becoming a challenge," Carter wrote.

Minister McCallum said overall he believes the settlement of Syrians is "going well" in Canada.

"The whole idea was for Canada to step up to the plate and help very vulnerable people come from a life of great danger to a peaceful life in Canada," McCallum said.

"I have no doubt the Syrian refugees will do extremely well."

with files from Nelly Gonzalez