One year ago, as thousands of Syrian refugees started over in Canada, CBC got to know members of the Al Meslamani family, as they began their new lives in Winnipeg. We caught up with them to find out how they're doing 12 months later.

A year ago, as thousands of Syrian refugees started over in Canada, CBC got to know members of the Al Meslamani family as they began their new lives in Winnipeg. This is an update on their story.

Esmaeel Al Meslamani thinks about the Syrian village where he grew up all the time, but he has found another home in Manitoba.

"I think Winnipeg is home," Al Meslamani said more than a year after he and his family arrived on a frigid January evening in 2016.

Al Meslamani, his wife and four of their children fled Syria in 2013, after a rocket landed very close to their home in the small village of Elmah.

The past year has been full of changes and challenges.

Al Meslamani is learning English in the Adult ESL Program for Newcomers through the University of Manitoba. He attends classes Monday to Friday and studies under the Canadian Language Benchmarks system, which teaches and tests reading and writing, listening and speaking.

When Al Meslamani arrived a year ago, he needed an interpreter to communicate with people who speak English, but he can now understand and answer many questions in English.

"I think I need more time to get high level in English," he said.

Al Meslamani is working hard to improve his language skills so he can begin the accreditation process, in the hopes of getting a job doing mechanical work, like he did in Syria.

He gets lots of language help from his daughter Duaa, 9, who's now in Grade 3.

When Duaa walked into her Grade 2 classroom last year, she couldn't speak any English.

Now she answers in English when asked what she likes about school.

"The activities and we have fun in the school," she said.

Learning English has been easy, but there are some moments that are hard, Duaa said.

"Sometimes I don't know words," she said, but if the teachers say a word she doesn't understand, she asks them what it means and they explain it to her.

Along with learning a new language, Duaa has made "lots" of friends, she said.

Her older sister and two older brothers are in high school. They're doing well, getting all the credits they need, their father said.

The family also has learned a lot about Prairie weather.

"Winter is very hard in Winnipeg, too cold," Al Meslamani said. "But this winter I think much better than last year. That's OK."

When he and his family arrived in Winnipeg in 2016, the temperature was -24C. This winter, they've experienced one of the snowiest Decembers on record in Winnipeg, with back-to-back storms that left many drivers spinning their wheels.

When the family saw people getting stuck in their neighbourhood after a heavy snowfall, they went out and helped push, Al Meslamani said through an interpreter — and when his car got stuck, many people came to help him.

It's been nice getting to know people in his new community, he said.

Video footage of the Al Meslamani family when they first arrived in Winnipeg in 2016. 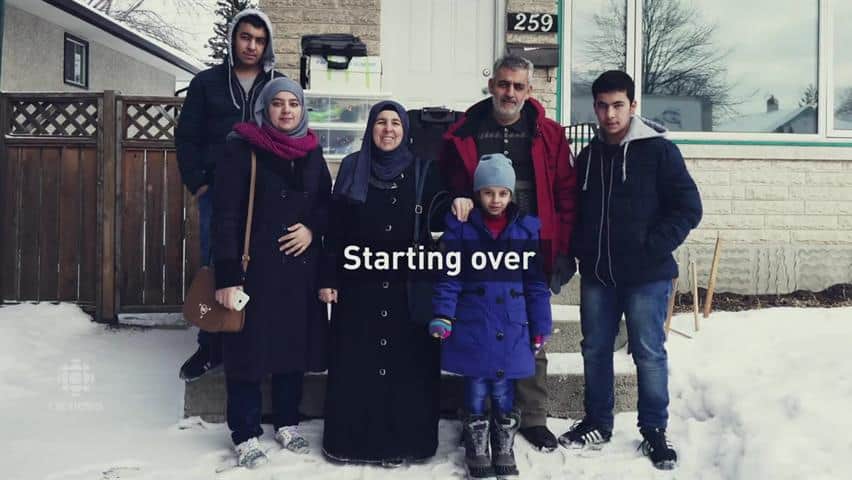 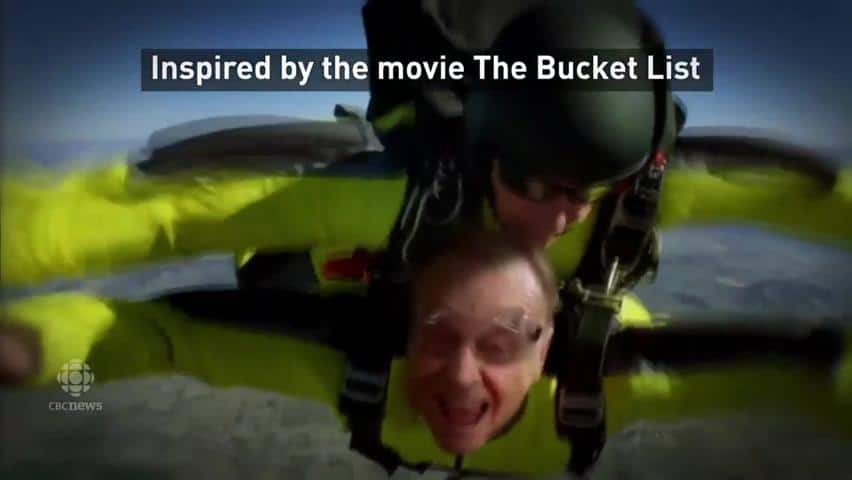 Starting over - Learning the language

5 years agoVideo
1:16
Inside the first classroom for some newly arrived Syrian refugee youth in Canada. 1:16 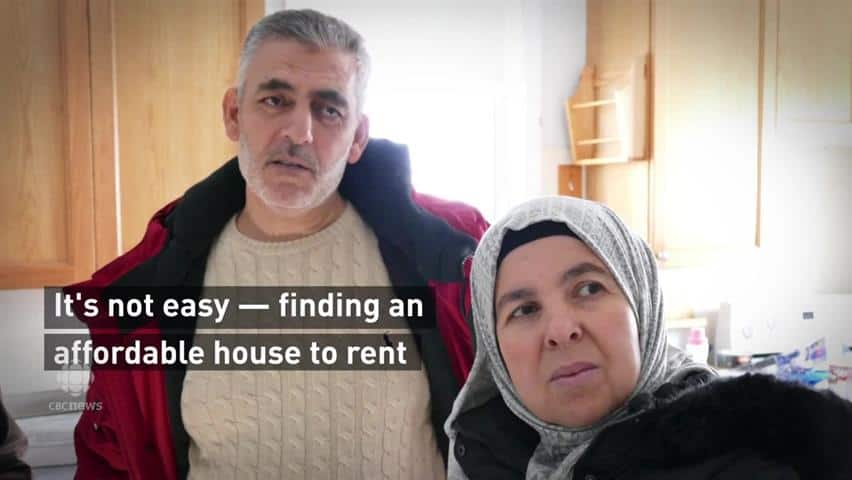 Starting over - A new home

5 years agoVideo
1:37
A Syrian refugee family's search for a new home in Winnipeg. 1:37 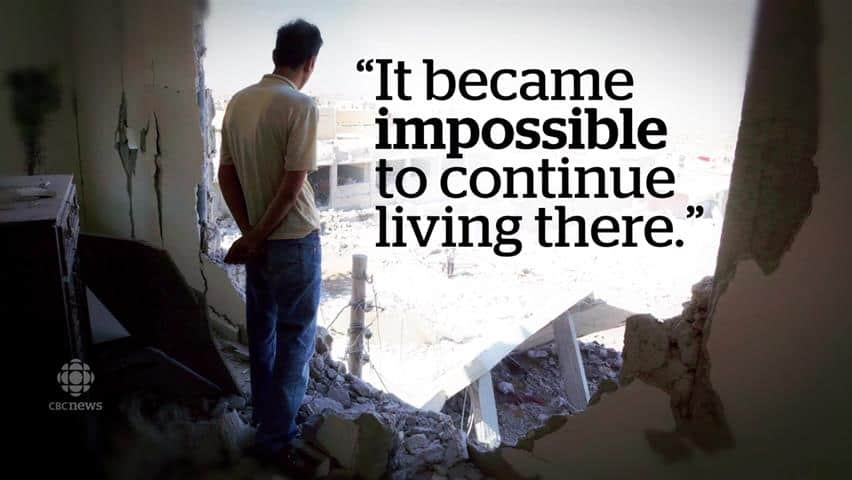