A spate of letter bombings targeting Winnipeg law offices and businesses, along with additional reports of suspicious packages, have raised fear levels among Canada Post employees. 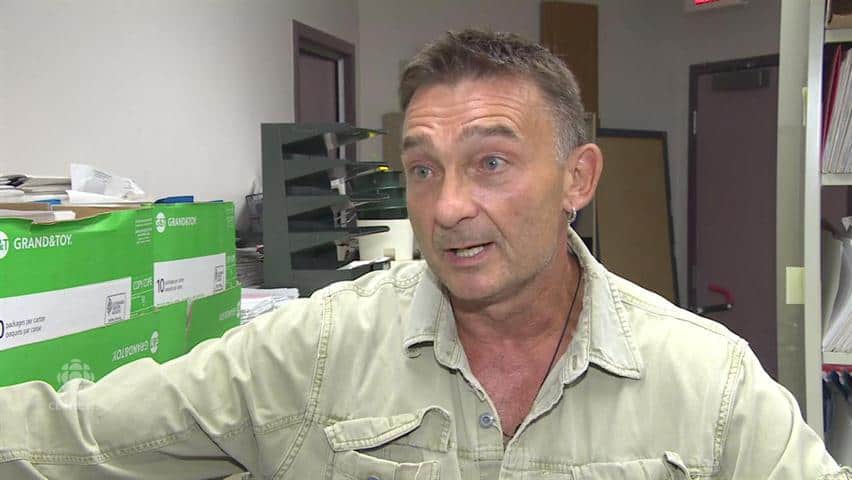 6 years agoVideo
2:56
Myron May of CUPW Winnipeg Local 856 talks about the spate of mail bombings and suspicious packages in the city and how they feel Canada Post did not adequately inform them of the situation. 2:56

A spate of mail bombs targeting Winnipeg law offices and businesses, along with additional reports of suspicious packages, have raised fear levels among Canada Post employees.

At least four suspicious packages were reported on Monday alone, including one at Winnipeg city hall and two on Canada Post depots (Wellington Avenue and McDermot Avenue). Those reports, as well as another on Donald Street, turned out to be false alarms.

The wave of suspicious packages comes after one exploded inside a law office on River Avenue on Friday, seriously injuring family lawyer Maria Mitousis.

"Folks are scared. This is very close to home, you know. It is packages that definitely were handled by our members," Todd Jarema, a prairie region officer with the Canadian Union of Postal Workers, told CBC News.

"Obviously, people are unsure as to, you know, 'Is this package that I've got in my hand, is this a bomb too?'"

Investigators believe Amsel was targeting his ex-wife and Mitousis, who was his ex-wife's lawyer, as well as one of his former lawyers.

Police warned any justice officials who have had contact with Amsel to be cautious with the mail they received on Thursday and Friday.

Investigators released a photograph of the envelope that one of the bombs came in. They described the parcels as having "distinct packaging and lettering."

Lisa Peterson, a local shop steward with the Canadian Union of Postal Workers, said a mail carrier noticed a package around 9:30 a.m. CT Monday and remembered the description given by police.

1 of 0
"The letter carrier just alerted his supervisor that he thought the size and colour and type of wrap was somewhat similar to what had been alerted by the city police and just wanted to bring it to the supervisor's attention," she said.

The RCMP's bomb squad X-rayed the package and determined it was just a DVD, a fire official told reporters at the scene.

Peterson said mail carriers are being extra-vigilant in light of the bombing on Friday.

"It's a little alarming that, you know, perhaps some of these items were sent through our postal service and that we've had workers perhaps in contact with them," she said.

"Of course, we're devastated with injuries that have come about from it and we're just really worried that there could be future packages still in the system."

Myron May, a representative with CUPW Winnipeg Local 856, said members feel that Canada Post did not advise them on the situation until Sunday night.

"I can probably share what my co-workers are feeling, and there is a lot of anger and distrust about not being informed," May said.

"This wasn't a threat. This was a real bomb, and there were two more in the mail stream that went off that they had to detonate."

May said Canada Post should have notified employees immediately after the first bomb detonated and reminded them of what suspicious parcels generally look like.

In a statement to CBC News, a Canada Post spokesperson declined to comment, "as this is an active police investigation and it would inappropriate for us to comment."

Jarema said the union is urging Canada Post to work with police to better mitigate any risk to employees who may come in contact with further suspicious packages.