When Kira Ducharme gets angry at her sister, instead of striking out, she takes three deep breaths.

"It helped me calm down when I'm really angry or a little upset," the nine-year-old Winnipeg student said after a recent school exercise in mindfulness.

Deep breathing is one of the strategies Ducharme and her classmates learned this year, part of a pilot project aimed at teaching young people ways to reset, regain control and take care of their mental health.

The Thrival Kit curriculum is based on a multi-year study of teen suicide by the office of Manitoba's Advocate for Child and Youth.

MACY looked at what was going on in the lives of 50 young people who died by suicide, and then compared it to a control group of 100 of their peers.

It found a link between childhood trauma and suicide risk, with the following identified as risk factors:

An internal study done by the Winnipeg School Division in 2018 found 31 per cent of its secondary school students had moderate to high levels of anxiety — with intense feelings of fear, anxiety or worry about particular events or social situations.

The Canadian norm for these grades is 26 per cent.

"One of the key things is that youth who are most at risk for suicide really struggle with school attendance, and we rely really heavily on the public school system to deliver a lot of suicide prevention information for youth," said Ainsley Krone, the deputy Manitoba advocate for children and youth.

"What our study was finding was that the youth who maybe need that information the most might not be in the classroom to receive it."

So MACY teamed up with the Canadian Mental Health Association to create the Thrival Kit, a tool to help students in grades 4 to 6 manage stress and build resilience, giving them skills they can rely on when life gets tough.

They focused on that age group because most children are still consistently attending school.

"We know that if you can support young people to develop social and emotional skills that that not only helps them to feel better about themselves, build their self-esteem, but it also helps them to have skills in their toolbox so that when they are feeling stressed or they are going through a difficult time, they have these strategies that they can tap into," said Marion Cooper, executive director of the CMHA's Manitoba-Winnipeg division.

The goal is to strengthen self-esteem and a sense of identity, and build empathy and understanding of others using six themes:

Students each receive a shoebox that is mostly empty at the beginning of the school year, but by June, it's filled with small mementos and keepsakes that remind them of different lessons and daily practices that range from two to 45 minutes in length.

Kira Ducharme decorated her shoebox with rainbows. She put in a birthday cake squishy as a reminder of happy times she's had in the past and good times she hopes for in the future.

A small journal is also in every kit.

Ducharme used her journal when she felt scared.

"It helped me release the thoughts I had in my head, because sometimes when I have a lot of thoughts going in my head, it gives me a headache. So when I write it down or try to think of something else, it slowly goes away," she said.

In a recent class, Scott Chudley led his grade 3 and 4 students through a mindfulness exercise from the Thrival Kit curriculum, asking them to think about what makes them special.

Then he gave them an assignment.

Some of the options on the Thrival Kit poster include bravery and curiosity.

Connor Evans, 8, said his superpower is to help people.

"Sometimes my brother and my other brother fight and I break it up," Evans said, adding his superhero would also intervene in conflicts.

Chudly said that's an important skill for his students, many of whom are dealing with challenging home situations and intergenerational trauma.

"We see a lot of kids coming in worrying about not having breakfast, worrying about where mom or dad was last night … so it's just a way for them to press pause on everything that's happening," he said.

"Strategies to focus their minds and calm their bodies so that they can focus on academics is key."

After using the Thrival Kit for two years, Chudley sees a difference in students individually and in the classroom as a whole.

It's giving young kids tools to deal with problems they'll face in years ahead, he said.

While it's impossible to know how successful a program like this is in preventing suicide, Krone said there are some measurable outcomes.

"How they view mental health and wellness, how they view their role within the classroom, how confident they feel about helping friends out when their friends are having a bad day, if they know who to ask for help when they're having struggles or troubles, and really, being able to identify who their people are that are supportive in their lives," she said.

The Thrival Kit has been piloted in Manitoba for the last two years, with its use growing from 450 students in six schools, to 2,250 students in 106 schools. It will be formally evaluated next year.

Cooper would like to see the Thrival Kit curriculum offered in every school across the country.

"We want people to not just be surviving each day but to have the skills and the resources to get through those difficult times and to actually thrive," she said. 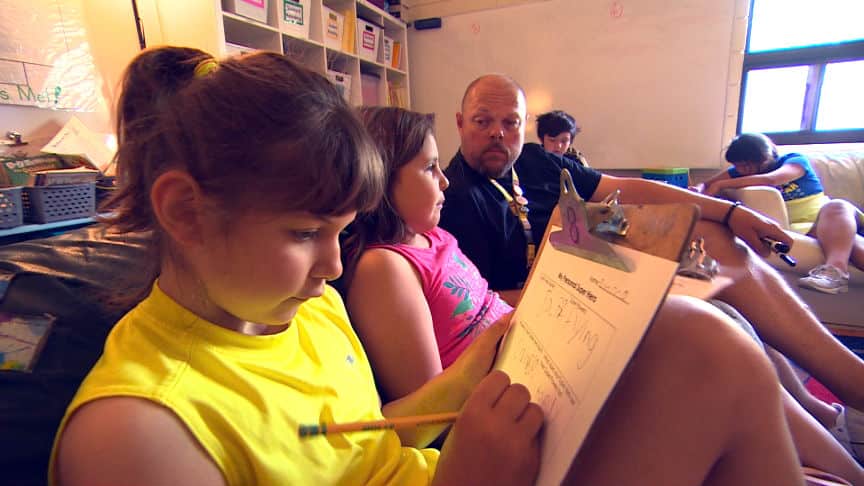 If you're worried someone you know may be at risk of suicide, you should talk to them about it, the Canadian Association for Suicide Prevention says. Here are some warning signs: