'Stuff needs to change': Family of man who died of COVID-19 appalled by level of care at Parkview Place

Yvette Mathieu and her mother are packing up the family's St. Boniface home — the one they had to sell to help afford to put her father in Parkview Place care home — where he died last week of COVID-19.

'It's been an absolute nightmare,' says daughter of resident who died of COVID-19

Yvette Mathieu is raising serious concerns about the level of care her father received at Parkview Place care home, after visiting him on a designated COVID-19 floor inside the building, a day before he died from the virus.

Mathieu and her mother suited up in full personal protective equipment and headed into an elevator, up to the first level of the 12-storey facility, for what they knew would be their last chance to see him.

"There was just the normal curtain separating my dad and this other man [in the room]," she said. "I was hearing call bells going off for minutes and minutes and nobody coming to check on anybody."

Mathieu said phones were also ringing off the hook as well and she even saw a resident in a wheelchair, roaming around the halls alone.

The floor seemed understaffed, she said, adding she saw two nurses over the course of the visit.

"It was awful," she said. "You wonder what kind of care they're actually getting."

Her father Denis, 74, died the next morning on Oct. 16 — a day before Winnipeg Regional Health Authority inspectors entered the building and found immediate changes were needed to help contain the ongoing outbreak.

Mathieu questions the level of care her father and other residents received after the review found there are not enough medical, clinical or cleaning staff and more training is needed on outbreak protocols.

On Monday, she also confirmed the outbreak has now spanned the majority of floors inside the personal care home, as the outbreak climbs to 121 infections between residents and staff.

To date, 18 residents have died.

Mathieu says the whole experience since her family began down the road of placing her father into a personal care home has taken its toll.

"It's been an absolute nightmare," she said.

The family had to make the swift and difficult decision to panel him for a personal care home, after he suffered two falls, a broken hip and was diagnosed with dementia, Mathieu said.

Following surgery and treatment in hospital, Mathieu said his care team, including a social worker and nurses, suggested he move to a personal care home.

"They weren't offering much for options," she said, adding she asked about home care, even installing a lift at home, but were strongly encouraged that a personal care home was the best option.

The next available bed was at Parkview Place, Mathieu said — now the epicentre of Manitoba's deadliest COVID-19 outbreak.

Remaining in hospital was going to start costing the family a hefty daily fee so they moved forward with the process to move Denis to Parkview Place.

"You tell them you want your loved one in a certain home but there's waitlists," Mathieu said.

In early August, Denis moved into his shared room on the fourth floor of the downtown building.

Mathieu's mother proceeded to sell the family's home, to assist with paying the minimum income-based daily rate of $39.40.

"Which would be about $1,200 a month, to live a cockroach-ridden place," Mathieu said, referring to a March inspection report of the property which revealed evidence of a cockroach problem and lapses with sanitation and infection control.

"I'm finding out so much more now," she said. "I wish I knew more back then and could have fought harder to get my dad to possibly be somewhere else. I didn't know there was [a] class action lawsuit against Revera, the company that owns these care homes; the state these buildings are in."

In certain situations, the Manitoba government does consider a partial or full waiver of even the minimum personal care home rates, however Mathieu said her family was never provided that option by the facility.

Due to pandemic restrictions, they were also not able to tour the building or ever see her father's living quarters.

Instead, they had three brief visits with him in a main floor common area, before an outbreak was declared in mid-September and the home went into lock down.

Denis caught the virus shortly after.

On Oct. 9, the 74-year-old was hospitalized for having difficulty breathing, Mathieu said.

He was tested for COVID-19, diagnosed with pneumonia and sent back to Parkview Place the next day, she added.

A few days later, on Oct. 13, he was readmitted to hospital where a doctor phoned to tell the family of his condition and informed them he had tested positive, she said.

"Following day, he [was] sent back to Parkview," Mathieu said. "I was in shock. I mean, you know he has COVID, you're sending him back and forth between facilities. What are you actually doing for him?"

Mathieu said her father's health continued to decline and they were given the option to keep him at Parkview Place or send him to hospital again.

Mathieu decided having him stay put was best.

That's when she and her mother were able to arrange a compassionate visit on Oct. 15. They were able to sit with her dad, who appeared to be sleeping, for the visit.

They held hands and talked to him in hopes he could hear them.

"You could tell he knew we were there," she said. "I'm thankful for that."

The next morning, Mathieu found out her dad had died — but only because she phoned to inquire, she said.

Mathieu spoke to a nurse at 9 a.m., who reviewed his chart and said she would have to check on her father and get back to her.

She got a call roughly 30 minutes later to let her know he had passed, she said.

"This tells me that when she finally got the time to go and check on him, he had been passed away for who knows how long," she said. "We have no idea."

Fifteen minutes after she received the call her father had died, she said staff phoned again to ask her which funeral home to send the body to.

In an email, a spokesperson said it could not speak directly to Mathieu's concerns about her father's care or staff levels at Parkview Place.

"The team at Parkview Place offers Ms. Mathieu and her family its most sincere and heartfelt condolences on the passing of her father," the statement said.

"We are unable to provide information on resident care due to privacy concerns, and encourage Ms. Mathieu to contact the Director of Care at Parkview Place with her questions."

Earlier this week, the for-profit company that owns Parkview Place confirmed it's bringing in new staff and paying to have every resident tested for the virus to ramp up efforts to control transmission.

Revera said that when the Winnipeg Regional Health Authority visited last weekend, the evening staffing fell "short of the target" because an unspecified number of staff were self-isolating due to the virus.

"Essential care did not suffer during those temporary shortages. All eyes and efforts remain focused on resident care and infection control," said Dr. Rhonda Collins, Revera's chief medical officer for Revera, in a written statement.

She says staffing levels have stabilized at Parkview because some permanent staff who previously tested positive have been cleared to return to work.

For Mathieu's family the increased efforts come too late.

She and her mother are planning a small wake to remember her father this Friday.

They are also packing up 41 years worth of memories in the family's two-and-half storey St. Boniface home — the one they sold in September to help pay for her father's care at Parkview Place.

Mathieu said it's clear something needs to change for seniors in personal care homes. 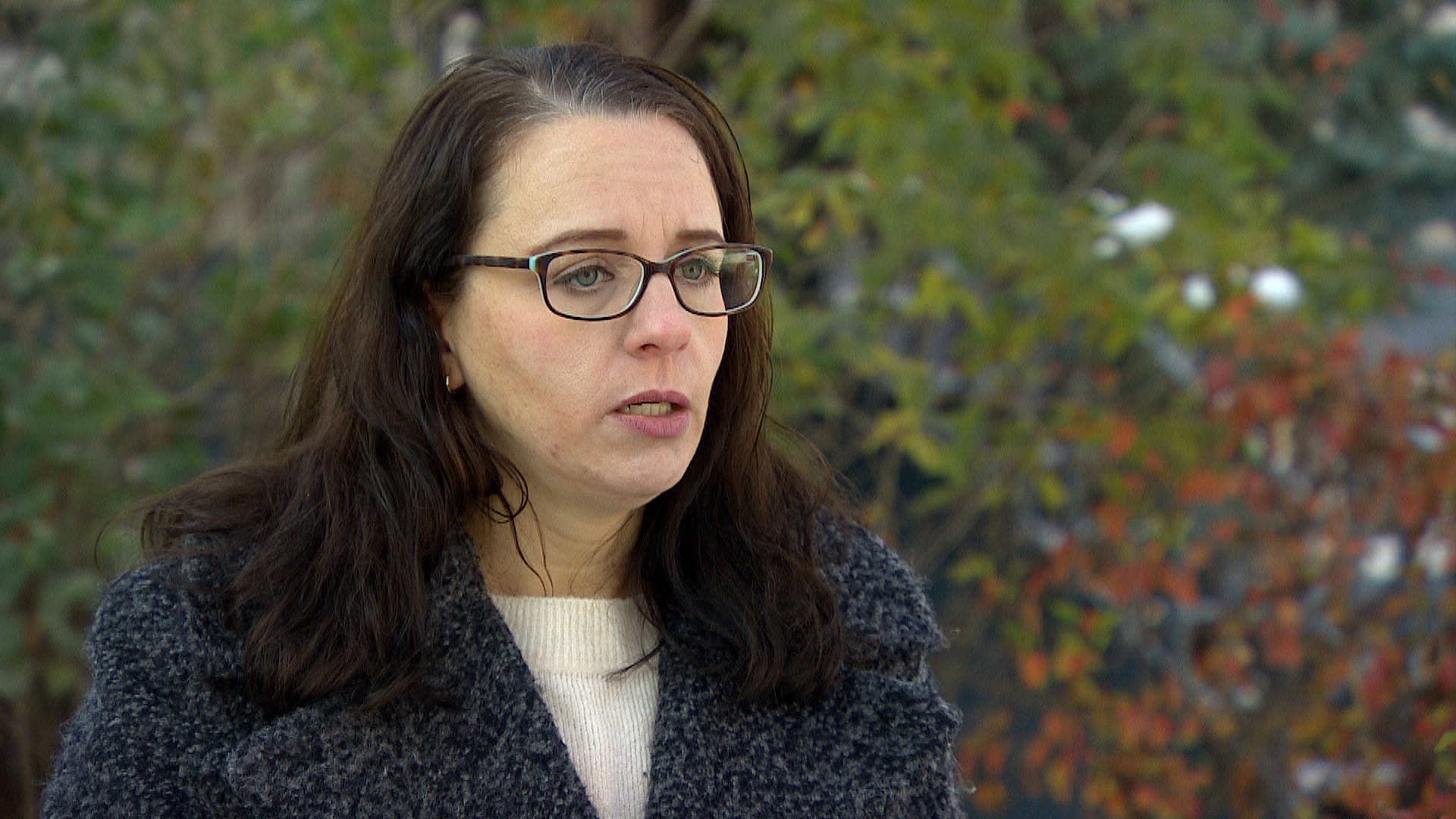 29 days agoVideo
2:49
Yvette Mathieu is raising serious concerns about the level of care her father received at Parkview Place care home, after visiting him on a designated COVID-19 floor inside the building, a day before he died from the virus. 2:49

with files from Joanne Levasseur and Kristin Annable