Disabled by anxiety: Accommodations on the rise for students at Manitoba post-secondary schools

A growing number of students taking test and exams are receiving accommodations for mental health disabilities and learning disabilities, show data from the three largest post-secondary institutions in Winnipeg.

A growing number of students are receiving accommodations for mental health disabilities and learning disabilities during tests and exams, data from the three largest post-secondary institutions in Winnipeg say.

Between 2012 and 2017, the University of Winnipeg had a 70 per cent increase in the number of accommodated exams or tests, while Red River College had a 28 per cent increase, says data provided to Radio-Canada.

The most recent data available for the University of Manitoba says between 2011 and 2016, 24 per cent more tests and exams required adjustments for a student's disability.

More time, a quiet space to work and extra time between exams or tests are some of the common accommodations.

Patrick Noël, an assistant professor of history at Université de Saint-Boniface, said since he started teaching in 2012 he's seen a jump every year in the number of students who need special arrangements to write exams.

Data from Université de Saint-Boniface say the number of students with disabilities at the school doubled between 2012 and 2017.

The most common disability among Noël's students is anxiety, he said. Typically those students need more time to finish exams and tests or private spaces to write, he said.

"I was quite astonished by the number of students who got special accommodation or requirements for their exams," said Noël. "In my student days, we'd seldom see a case."

Noël does not question the validity of diagnoses but wonders whether the accommodations are given too liberally and says many of his colleagues share that opinion. He wants academic institutions in Canada to have a national conversation about the effects disabilities can have on fairness and whether accommodations unnecessarily shield young people from the realities of adulthood.

"If I give more time for a student for an exam, what will happen to that student once he's in the job market?" he asked. "Aren't we kind of betraying what we're supposed to do?"

For Noël, who said he also suffers from anxiety, overcoming a stressful situation like writing an exam under strict time limits, surrounded by hundreds of students, can have benefits.

Universities are potentially solving a short-term problem, a student's test anxiety, without considering the long-term consequences, he said.

"The underlying issue, the anxiety, I don't think it disappears.... I feel like when I do something, accomplish something, it reduces the anxiety."

At Red River, for example, mental health and learning disorders among students are together 2½ times more common than instances of autism and visual, hearing or physical impairments combined.

University of Manitoba computer science student Alan Bridgeman said before he got involved in advocating for students with disabilities, he assumed some students were "gaming the system."

"I thought it was a lot more black and white than I do now," he said.

Bridgeman, who is visually impaired and requires exams to be printed in larger text and extra time to write, is now the Manitoba director of the National Educational Association of Disabled Students.

He began to see the world of disability with more nuance after speaking with other students, he said.

If there is a small number of students who are somehow faking a mental health or learning disorder, Bridgeman believes they must have some other condition that is perhaps undiagnosed. Either way, they probably need some kind of special accommodation, he said.

"You wonder if there are other things going on or what's happening there," he said.

When it comes to the growing number of accommodations for students with mental disorders, Bridgeman chalks it up to greater awareness and less stigma.

He questions why so many standardized tests are needed to begin with.

He is also part of a growing movement calling for universal design in the classroom that aspires to make all aspects of learning inclusive for everyone, regardless of abiility.

'I don't agree with coddling'

Carolyn Christie, co-ordinator for student accessibility services at the University of Manitoba, said schools put a lot of weight on the diagnosis and accommodation recommendations provided by medical professionals. Family doctors, psychiatrists and audiologists are among the professionals who can sign the forms.

"More students are coming to register, which I think is fantastic," she said. "I think it takes a lot of courage to come out and speak with someone at the university and say, 'I'm really struggling.'"

"In general most faculty are very supportive and very helpful in terms of providing accommodations," said Inga Johnson Mychasiw, director of student support services at the University of Winnipeg.

Sometimes there is a bit of "back and forth" with faculty about how students can best demonstrate what they've learned and meet academic requirements, Johnson Mychasiw said. 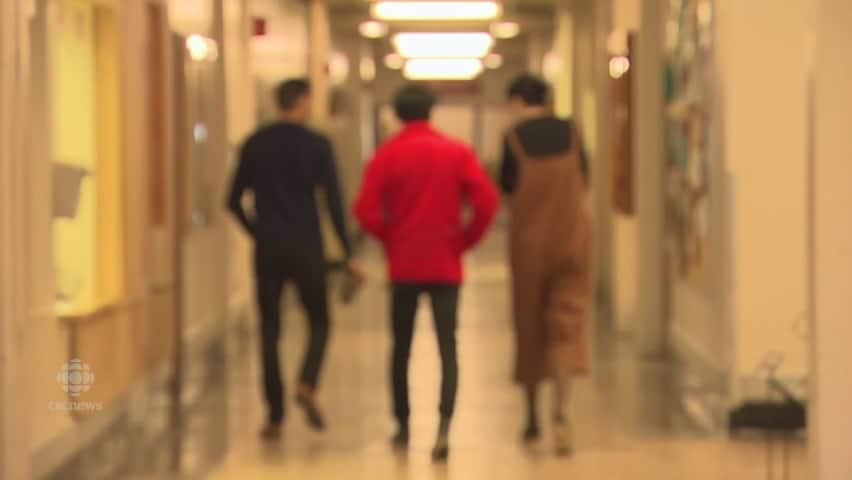 More Manitoba students are getting special accommodations for exams

3 years agoVideo
2:19
A growing number of students are receiving accommodations for mental health disabilities and learning disabilities during tests and exams, data from the three largest post-secondary institutions in Winnipeg say. 2:19

"We encourage diversity here and people with disabilities are part of our diversity, which is part of our strength as a university."

Under Manitoba's human rights code, students are entitled to reasonable accommodation, a term that can be interpreted in different ways to accommodate an individual's unique needs.

The Manitoba government offers some examples of reasonable accommodation in schools, including limiting distractions for a student with attention deficit disorder; providing a schedule of events and changes in routine for a student who suffers from anxiety; and allowing a student with mobility needs to leave class early to get ready for the next class or prepare for departure.

with files from Patricia Bitu-Tshikudi