A Grade 11 student from Steinbach, Man., says he'll do what ever it takes to ensure gay and lesbian students at his school are supported, even though he may not have the support of everyone in his community. 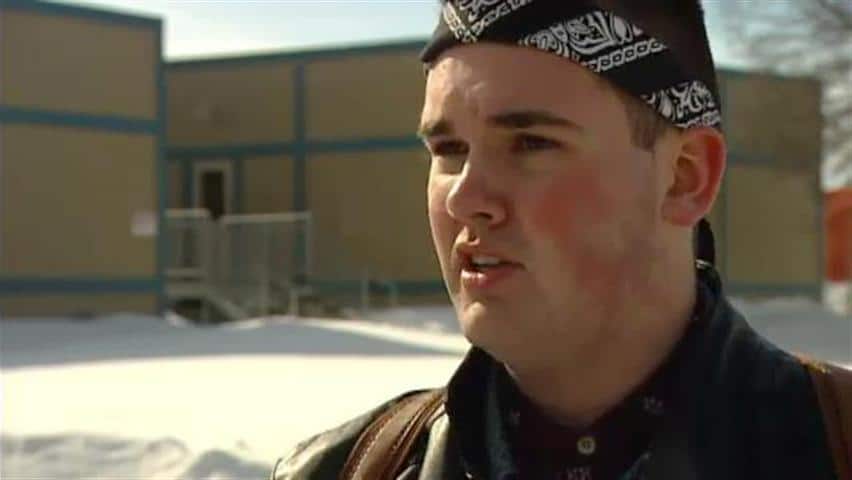 8 years ago
2:07
Evan Wiens, 16, of Steinbach, Man., says he'll do what it takes to ensure gay and lesbian students at his high school are supported, even though he may not have the support of everyone in his community. 2:07

A Grade 11 student from Steinbach, Man., says he'll do what ever it takes to ensure gay and lesbian students at his school are supported, even though he may not have the support of everyone in his community.

Evan Wiens, 16, says he is the only gay student at Steinbach Regional Secondary School, but he is starting a gay-straight alliance in the hopes of encouraging others to come forward.

"There is probably a lot of other students at the school that are closeted, and I just want them to be able to feel safe at school and not experience any of the things I experienced," Wiens told CBC News on Thursday.

Some in Steinbach have recently spoken out against Bill 18, the Manitoba government's anti-bullying bill, because a clause in the proposed legislation requires schools to accommodate students who want to start anti-bullying clubs, including gay-straight alliances.

Some religious educators and others have argued that the proposed law infringes on their religious freedoms.

About 1,000 staff, students and parents at Steinbach Christian High School met for an information session and prayer event regarding Bill 18 on Sunday.

But Wiens said regardless of the backlash, he is starting the gay-straight alliance at his school. Officials at the school have approved the club, he added.

"Steinbach's a very religious, conservative community, and I'm really concerned about what these students are feeling like in their homes … that they feel that they really can't come out," Wiens said.

"I just want to be able to at least have a place at school that they feel safe."

The Hanover School Division, which includes Steinbach Regional Secondary School, said in a short statement that it's "committed to accommodating all students in a positive school environment that is inclusive and accepting of all pupils."

"The division continues to educate all students about the importance of a safe and caring school culture," the statement reads in part.

"In the spirit of this statement, Hanover School Division did make the decision a year ago to accommodate students requesting a Gay Straight Alliance in our public high schools."

But a Manitoba musician who has been talking to students across Canada about bullying says the province's proposed legislation is missing the mark.

Robb Nash said gay-straight alliances in schools focus on people's differences, rather than their similarities.

"They shouldn't have one little group where people have now chosen whether they're going to be part of this or not," he said.

Nash added that some students have told him having gay-straight alliances in schools have made things worse for them, as people ending up choosing sides.