Grade 12 students from Steinbach Regional Secondary School were in for a surprise, when they saw their teachers holding congratulations signs outside their door.

With social isolation, teachers say they wanted to give the students a pick-me-up

Grade 12 students from Steinbach Regional Secondary School woke up to a big surprise on Wednesday — as some of their teachers showed up with lawn signs saying "congratulations."

The school organized the early morning surprise to celebrate the graduating class.

"I think our grads need a pick-me-up. It's been tough work for them at home, being distanced from their friends and normal routine," said Sherry Bestvater, co-principal of the school.

There were around 30 teachers delivering signs to 410 graduating seniors.

"They just need encouragement to keep going to the end of the [school] year, to let them know that we haven't forgotten about them, that they're important to us," she said.

The teachers started decorating their cars early in the morning with yellow ribbons and balloons, and banners displaying the school's logo, the sabre, on them.

Some teachers held signs that said, "SRSS Grad 2020,"  while the parade of cars went down Main Street, honking and cheering. 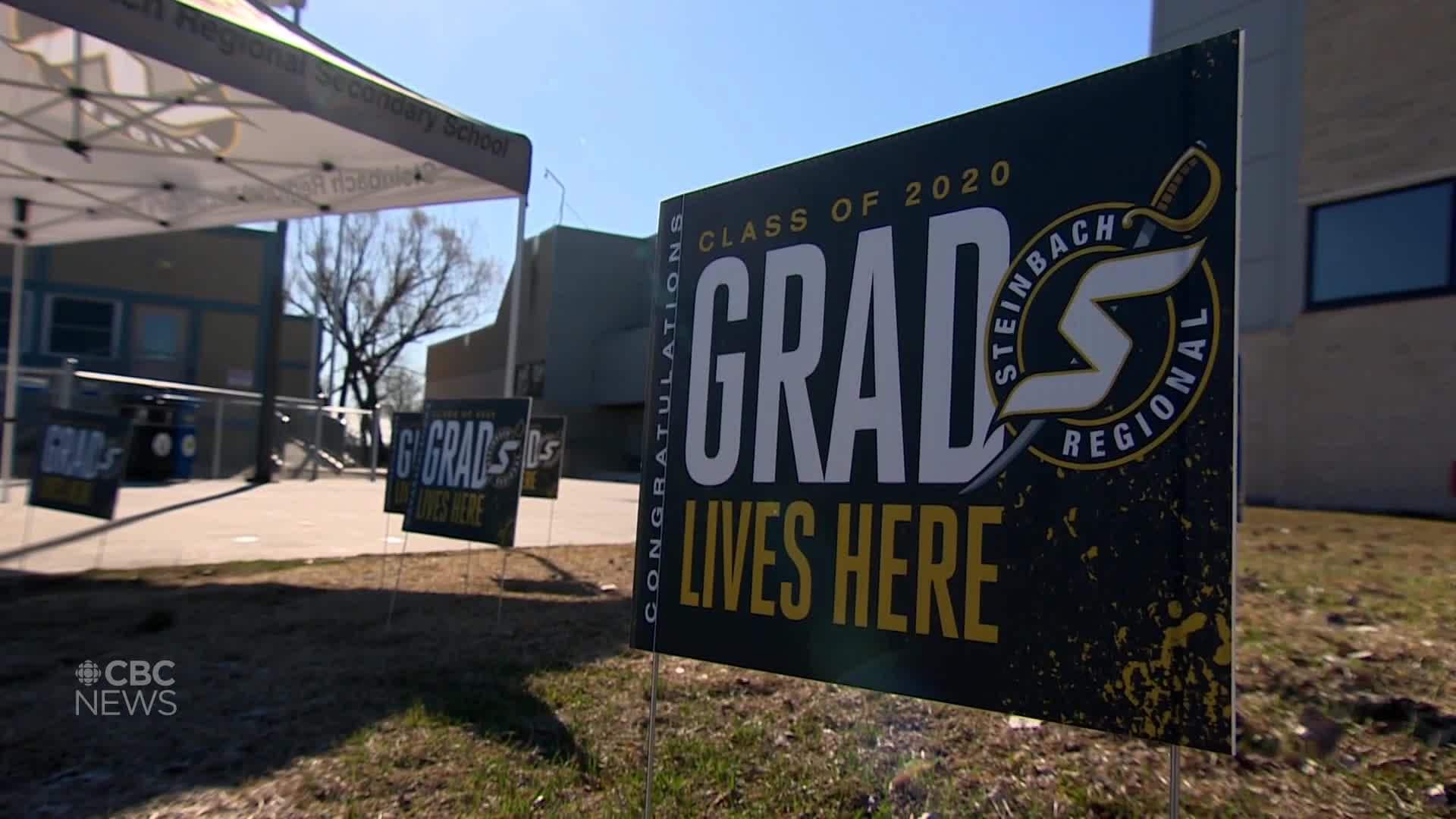 6 months ago
1:35
With social isolation, teachers say they wanted to give the students a pick-me-up so the school organized the early morning surprise to celebrate the graduating class. 1:35

Each teacher had a list of approximately 12 houses to visit, some stretching as far as Falcon Lake.

"Just getting out and celebrating the students in any way we can... I want to see their faces smiling and probably confused," said Kyle Von Riesen, who teaches hair styling and chairs the grad committee.

His first stop was the house of twins Paxton and Tyson Koop.

"It's a super kind gesture by the school, it's awesome," said Paxton when he saw the sign.

"It just shows... what great staff we have at our school and I'm just so proud to be a Sabre for life," said Tyson.

Parker Rempel was woken up by the honking outside his door. He stepped outside when he heard Von Riesen knock.

"[I] was not expecting that. It's really nice to know that our school is doing everything they can for all the grad students," he said.

The school's graduation activities are postponed for now, but Rempel said he's still looking forward to graduating and going to university.