Manitoba caught for a $56M loss on stadium-building loan

The Winnipeg Blue Bombers are winning on the field this season, but the deal to build their football stadium has left the Province of Manitoba at a loss.

The Winnipeg Blue Bombers are winning on the field this season, but the deal to build their football stadium has left the Province of Manitoba at a loss.

Those statements include two references to a provision on the loan that covered $160 million of the initial cost of building Investors Group Field, the 33,214-seat football stadium that opened on the University of Manitoba's Fort Garry campus in 2013.

Under the terms of the deal to build the stadium, the non-profit Winnipeg Football Club is responsible for paying back $85 million of that loan by 2058, plus interest. To date, the Winnipeg Blue Bombers have met their financial obligations.

The remaining $75 million, plus interest, was supposed to be covered by municipal and provincial property taxes generated by the former Canad Inns Stadium site at Polo Park, which was sold to a partnership between Shindico Realty and Cadillac Fairview.​

Thus far, the only new development on that plot of land is a now-empty former Target store. Over the past four years, the old stadium site has generated a total of $3 million in property tax revenue, according to figures provided by the City of Winnipeg.

The former stadium site was supposed to generate $7 million of property tax revenue a year once it was built out completely, Friesen said.

The minister said the slow pace of development gave provincial finance officials no choice but to reduce the province's expectations of getting paid back the $75-million portion of the stadium-building loan.

"There is no [new] revenue being generated off the development because it's a huge field of weeds. With the loss of Target and no new construction or activity in there, there's a large question mark over how the loan agreement is supposed to work," Friesen said Wednesday in an interview.

"We feel we're compelled to recognize the loss because no one has described to us how revenues are supposed to be generated."

Friesen said the $56-million provision will only appear on the province's books this year and can be adjusted in the future "if revenues magically drop from the sky" and development hastens at the Polo Park site.

"We continue to work every day diligently to develop the large retail space and hope to have some announcement later in November," Shindleman said via email. "We are hopeful mixed uses, including multi-residential, will be on the site."

Friesen said the party responsible for the loan loss provision is neither the developer nor the Winnipeg Football Club, but officials in Greg Selinger's former NDP government, who put together the stadium-building deal.

"Their plan had huge holes in it. It's now coming to light that that plan did not produce assurances for Manitoba taxpayers," Friesen said.

"There was no plan B as to what would happen if this very convoluted arrangement suddenly went south. And now we've found that the financial arrangements constructed by the NDP have gone south."

While in opposition, Friesen's party called for a provincial inquiry into the construction of Investors Group Field, which opened one year late and millions over budget before defects in the construction spawned both major repairs and a lawsuit to recover the cost of those repairs.

Both the repairs and the lawsuit remain ongoing.

To date, approximately $265 million has been spent on Investors Group Field construction costs, interest payments, and repairs to the concrete concourse and other construction deficiencies.

In power since 2016, Brian Pallister's Progressive Conservatives have shied away from calling the inquiry they once demanded.

"All options are on the table," Friesen said. "I believe and this government believes that Manitobans are owed an explanation for what has happened here." 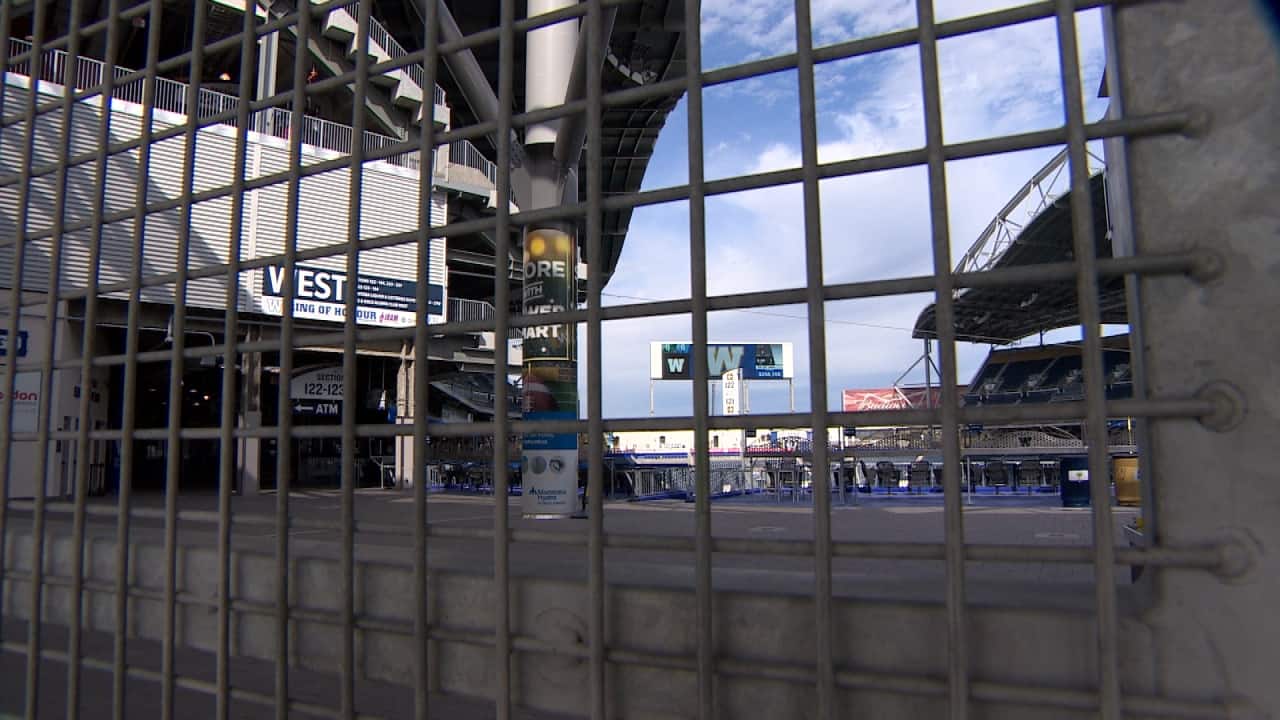 Manitoba caught for a $56M loss on stadium-building loan

3 years ago
2:08
The Winnipeg Blue Bombers are winning on the field this season, but the deal to build their football stadium has left the Province of Manitoba at a loss. 2:08

With a file from Kristin Annable