In a rare Saturday court hearing, a judge will decide if a Winnipeg church can continue to hold drive-in services despite a pandemic-related public health order.

Springs Church and two of its pastors fined over $32,000 for allowing services despite public health order

A judge will decide if a Winnipeg church can continue to have drive-in services in a rare Saturday court hearing.

Springs Church and two of its pastors have been fined over $32,000 for allowing the services, which are banned under Manitoba's current public health order aimed at curbing the spread of COVID-19.

The order, which is set to expire on Dec. 11, requires places of worship to be closed to the public. Other strict conditions include prohibiting the sale of non-essential items in stores and a ban on visitors in private homes.

The health order allows religious leaders to hold services over the internet or "other remote means," but doesn't allow drive-in services.

The church is arguing that violates three different charter rights.

University of Toronto law professor Kent Roach said Court of Queen's Bench of Manitoba Chief Justice Glenn Joyal, who is hearing the matter, will have to balance rights with the threat of COVID-19.

'This is a case that's urgent'

"What we're seeing now is the legal equivalent of an emergency room so basically the judge is making a quick decision on what's known as an interim stay," Roach said.

Lawyers for the province tried to delay the matter, insisting they needed more time to prepare to properly defend the province's case. 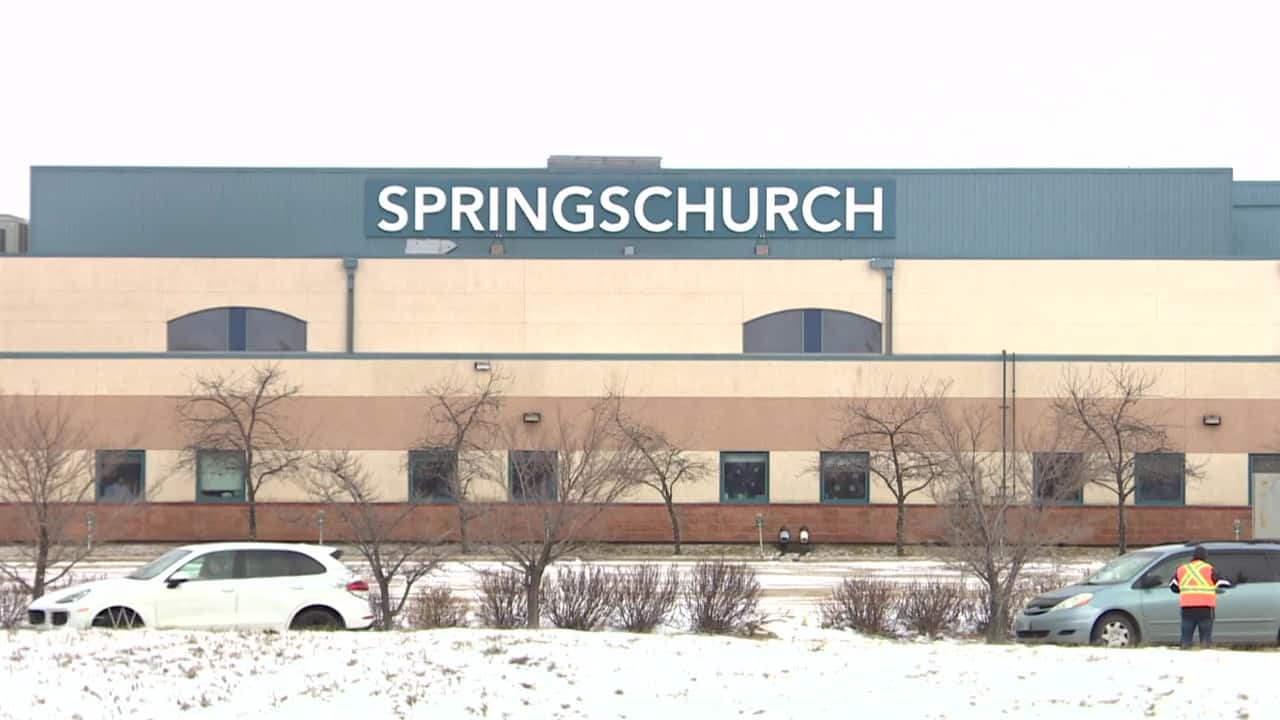 2 months agoVideo
2:08
Springs Church, which has been fined $25,000 for holding drive-in services last month, is seeking an interim stay of the province's current public health order, which requires places of worship to be closed to the public. 2:08

But Joyal said the case is in the public interest and irreparable immediate harm or damage might be caused if it was delayed further.

"In my view this is a case that's urgent," he said, noting he wouldn't be delivering an adjudication on charter arguments Saturday, but simply on the more pressing issue of whether the church can have drive-in services or not.

Roach said Joyal's decision won't bind other courts, but he thinks they would take a serious look at the reasons in the judge's ruling and it could start similar court challenges in other provinces.

He said he expects Joyal's decision would only apply to the Springs Church and not other religious organizations in Manitoba that have been fined for holding services.

If Joyal rules in favour of the church, Roach said it would be up to the province to decide what enforcement action, if any, they would take for other churches, and if they wanted to change the public health order or appeal the ruling.

Joyal said he would make an initial decision Saturday ahead of the church's scheduled evening service.