A report by a charity watchdog says charitable foundations linked to Canada's professional sports team are quite successful at raising funds, but get poor marks for financial transparency, hoarding cash and over-spending on fundraising.

Canada's pro sports teams may have strong track records, but when it comes to their charitable foundations, a national charity watchdog says fans may want to consider giving money elsewhere.

Each of the eight foundations attached to Canada's NHL, NBA and MLB teams were recently evaluated by Charity Intelligence Canada (CIC). It found while the foundations are all successful at raising funds, each team scored poor marks on one or more evaluation metrics which include financial transparency, hoarding cash and over-spending on fundraising, based on analysis of their financial statements of the past three fiscal years.

"These are some of the largest charities in Canada. They're in the top four per cent. They're bringing in $47 million a year in donations, and Canadians expect charities to have open books and let donors know how the charities are spending their money," said CIC managing director Kate Bahen.

These are fundraising charities. For the most part they are not actually running a charity.— Kate Bahen, CIC managing director

Using a four-star rating system for transparency, administrative and fundraising costs, cash build-up and social outcomes, CIC gave most foundations one star, placing them in the bottom 20 per cent of over 700 charities that have been put under the group's microscope.

The report criticizes how much some of the foundations spend on fundraising, relative to what goes toward charitable causes.

It found, for example, that for each dollar raised by the Calgary Flames Foundation only 30 cents goes to a charitable cause. On the high end, Maple Leaf Sports & Entertainment — owner of the Leafs and the Raptors — and the Vancouver Canucks for Kids Fund are in line with other charities, in the 70-cents range.

The average for all charities examined by CIC is 75 cents, leaving 25 for overhead, Bahen said.

The CRA's guidance on fundraising says it is "unlikely to generate questions or concerns" if a charity spends less than 35% of its annual income on fundraising.

Some sports foundations "are better than others, for sure," she said.

The report found that for nearly all of the teams, the majority of the charitable activity dollars spent are in the form of grants to outside groups. The two exceptions to this trend are the Jays Care Foundation and the True North Youth Foundation which spend the bulk of their charitable dollars on in-house programs.

She said charities like the United Way — whose sole purpose is to provide grants to other charities — generally give back between 80 to 90 cents to the dollar.

In 2017, two events for the Winnipeg Jets' True North Youth Foundation — a gala and a celebrity hockey game — generated over $1.9 million, but cost nearly $880,000. For every dollar raised, about 45 cents went to pay for the events themselves.

"When you're talking about a charity that has access to sports celebrities and they have access to all sorts of resources, you would expect that they are in a better position than your average charity to fundraise. And an argument could be made that they should be able to fundraise at an even lower cost," says Mark Blumberg, a Toronto-based lawyer who works closely with charities across the country.

Blumberg says financial transparency is a must.

"I don't see any reason why a large organization that's asking the public for money doesn't put up for the last three- to five-years' worth of financial statements. There is no legal requirement they do it. But it's considered a good practice and to expect that your donors have to go to [the Canada Revenue Agency] and request it and wait two months to get it," he says.

Each charity's T3010 form is posted annually on the CRA's website for public review, ​but Blumberg says they often contain errors or inconsistencies as they are not audited.

CIC also found many foundations were sitting on years' worth of money, with some building up reserves just shy of $8 million, despite having annual program costs of less than half or a quarter of that amount.

For example, the Montreal Canadiens' Children's Foundation could cover its charitable giving and program costs for nearly three years with the accumulated funds it has on hand, the report found.

"I think that it's questionable that an organization is doing active, vigorous fundraising when they are potentially sitting on very large amounts of money… So I would question why do they have such a large reserve," said Blumberg.

He said there can be good reasons why a charity would build up reserves, for, say, a capital project or to ensure they can at least satisfy their commitments to other groups, but in his view this needs to be justified.

The NHL foundations and MLSE said, in a joint statement, that maintaining trust with their communities is "paramount."

"Accordingly, our foundations are steadfastly committed to meeting and exceeding standards put forth by the Canadian Revenue Agency (CRA) in accordance with our charitable registration numbers," the statement read.

They said their measures of accountability and transparency include, among other things, working closely with gaming authorities, sharing financial information with the CRA and hiring reputable accounting firms to perform audits.

Blumberg said while he agrees with many of the key points being made by CIC, he cautions donors to not rely solely on their reporting.

"I think that every charity is different and you need to think in terms of the particular charity and its particular situation," he says.

His group encourages people to "not only look at costs but as well really look and say 'Are the programs that are being operated, are they working? Do they make sense?'

"And then, as a donor, am I comfortable with the investment that's going to be required to have that kind of success?" 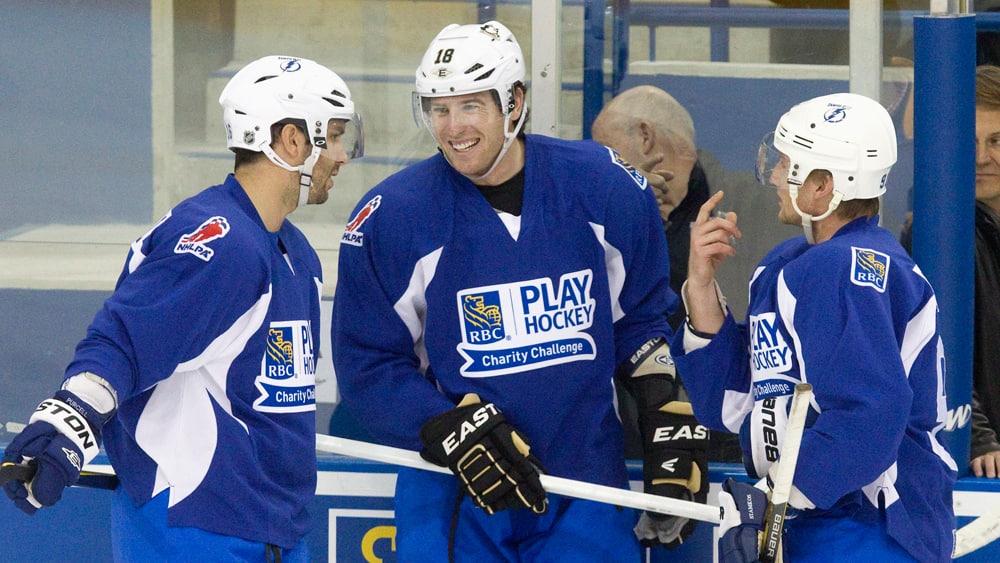 The World this Weekend

2 years agoVideo
3:36
Canada's pro sports teams may have strong track records, but when it comes to their charitable foundations, a national charity watchdog says fans may want to consider donating to other organizations. Charity Intelligence Canada (CIC) cites lack of transparency, high fundraising costs and excessive cash reserves as reasons behind their suggestion. 3:36
Mobile users: View the document
(PDF KB)
(Text KB)CBC is not responsible for 3rd party content