On the eve of the opening of the Canadian Museum for Human Rights, more controversy is bubbling up. 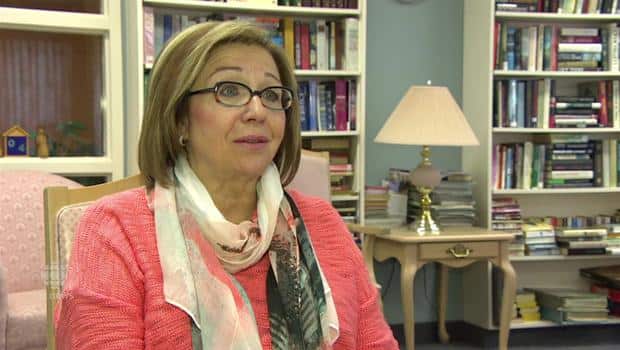 6 years agoVideo
2:00
Thought about running in Winnipeg's civic election, but didn't get around to registering? You're out of luck now, as the nomination deadline has just passed. 2:00

On the eve of the opening of the Canadian Museum for Human Rights, more controversy is bubbling up.

Several Ukrainian and European groups are calling on members of their communities to boycott it. The museum, at The Forks in Winnipeg, is set to hold its official opening ceremonies this weekend.

The 9,000 people who secured preview tickets will be able to tour it then but it doesn't open to the general public until Sept. 27.

In a letter to the museum's CEO Stuart Murray, the groups say they are offended by the lack of attention the story of Canadian internment in the First World War will receive at the CMHR.

"We, the undersigned, are profoundly dismayed by the lack of a meaningful portrayal of Canada's first national internment operations of 1914 to 1920 at the Canadian Museum for Human Rights," the letter reads.

"We will be asking our affected communities to refrain from partaking in the opening ceremonies or any subsequent activities at the CMHR until this matter is resolved fairly."

The letter is signed by Andrew Hladyshevsky, President of the Ukrainian Canadian Foundation of Taras Shevchenko, as well as members of other Ukrainian, Croatian, Polish, Armenian, German, Serbian organizations and descendants.

Murray responded to those planning on boycotting the museum.

He said the real test will come following the opening, when the public is finally allowed to take in the museum and interact with staff.

"A lot of comments are made by people that physically haven’t seen [the inside of museum] or haven’t had the opportunity to have a discussion," said Murray. "I think once they do, I’m not saying they’re all going to agree, that’s fine, but that’s part of the process.

"We’re open, we listen to communities, we’ll engage communities, because that’s part of the human rights journey — it’s iterative, its passionate, and it’s inspiring. That’s what this is all about.”

Between 1914 and 1920 thousands of Ukrainians and Europeans were imprisoned in 24 internment camps across Canada.

According to the letter the museum will display an enlarged photograph and one "short" film clip "buried" in a documentary film, devoted to the story.

"[That] does not, in our view, constitute an acceptable treatment of Canada's first national internment operations," the letter reads.

"The insignificant attention given to First World War era internment operations represents a slight to all of the internees, enemy aliens and their descendants, including Canadians of Ukrainian, Hungarian, Croatian, German, Austrian, Polish, Slovak, Czech, Serbian, Slovene, Bulgarian, and others."

Ivan Grbesic, who chairs the council of Canada's First World War Internment Recognition Fund — an organization established five years ago to commemorate internees — said he's not surprised to hear about the call for a boycott.

"This is a Canadian story," he said. "It's something that's very important … this is Canada's first national internment operations. Had people learned from the first experience maybe there wouldn't have been Japanese internment, Italian internment.

"We understand there are a dozen or so displays of historic episodes of note and I think the goal of various communities is to ensure that Canada's First World internment recognition is featured among those stories given that it is at the end of the day truly a Canadian story."

Grbesic said sharing this story is important not only for descendants, but for the education of all Canadians.

"As a proud Canadian with a Canadian-based museum in Winnipeg, I think it's important for us to learn from our own mistakes to teach future generations not to repeat those same mistakes and to also provide an example for the rest of the world to show that we are prepared to acknowledge our mistakes and learn from them."

But the letter itself isn't without its own controversy

One of the signatures is from the Ukranian Canadian Congress, but president Paul Grod said they do not support a boycott. The UCC was added to the letter by mistake, he said.

But that doesn't mean there isn't concern about the content, especially when it comes to First World War internment camps "which we're concerned is being underplayed in this museum," Grod said.

"I mean, those concerns still stand but we are trying to work with the museum to make sure that it is properly represented."

He said the UCC will tour the museum Saturday night.

"We'll save judgment until the museum opens and we have a chance to view it for ourselves," Grod said. "But there have been some concerns expressed and I think it's unfortunate the letter's come out but perhaps it raises the important issue."

On mobile? See the letter here