Manitoba’s construction industry is calling for more transparency after the province sole-sourced contracts to build an access road to Lake St. Martin.

Manitoba's construction industry is calling for more transparency after the province sole-sourced contracts to build an access road to Lake St. Martin and a channel to help alleviate flooding issues in the area.

The community in Manitoba's northern Interlake was destroyed in the flood of 2011. Residents had to leave, and some have yet to return home.

An emergency channel was later excavated to reduce flooding pressures on the area.

"That's not the way to manage public finances," he said.

"It's the competitive bidding process that tests the market to provide the lowest qualifying price upon which, in a transparent and accountable manner, the government can then award, and should award, the contract."

Lorenc says this project should be no exception, as he's been hearing from association members and the industry at large.

"Everybody is very disappointed that they were essentially excluded from the opportunity" to bid for the contracts, Lorenc said. "There should be no exclusive club that is entitled to a handout, and that's exactly what this effectively becomes."

Infrastructure Minister Ron Schuler said Tuesday that work would begin this year on the project, with excavation of the channels starting in 2019.

When asked during the announcement whether the contracts for the road and channel projects were tendered, he replied, "Yes, they have been tendered."

But on Wednesday it was revealed that two partnerships, one involving Interlake Reserve Tribal Council with Sigfusson Northern and the other Lake St. Martin First Nation with Glen Hartman Construction, were awarded the contract without going through the tendering process.

Schuler confirmed Wednesday the contracts were made through a single-source tender for an agreed-upon price. 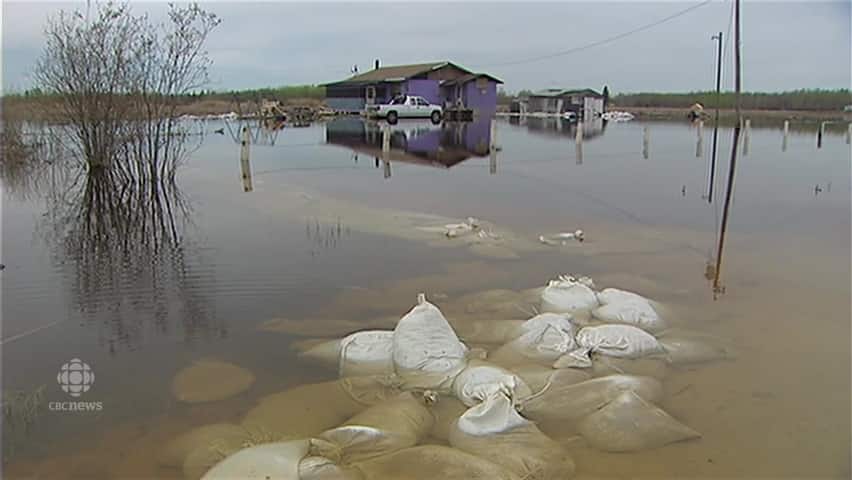 Province under fire for handing out Lake St. Martin contracts without going to tender

3 years agoVideo
2:08
Manitoba's construction industry is calling for more transparency after the province sole-sourced contracts to build an access road to Lake St. Martin and a channel to help alleviate flooding issues in the area. But there are lingering questions about how contracts worth an estimated $10 million dollars were able to skip the tendering process. 2:08

"The reason is, and this is a one-off, that community has suffered greatly.… Basically their communities were wiped out," in the 2011 flood, Schuler said.

"This is part of an economic opportunity for them," he said. "We think this is reasonable."

"This allows those who are going back [to Lake St. Martin] to have some economic opportunity. We think that this is a very positive step," Schuler said, emphasizing that not everyone is back yet.

After being forced out by flooding in 2011, Lake St. Martin residents only started returning home last November.

Ninety-two people from the community of 1,400 died between 2011-17, some losing their lives to suicide and addiction, others to violent crime. But most died from illnesses that many evacuees believe are stress-related and caused by the dramatic change in diet people made upon moving to Winnipeg.

The project will have three phases:

Schuler said a "reasonable price" still has to be negotiated, but he believes the province has been getting "really good pricing" on all of its contracts —10 to 30 per cent below what was expected.

Lorenc says the province has provisions that require bidders to include local hires or local procurement in their proposals.

The province's own tendering policy includes "a new Aboriginal-people training and development policy ... to increase Aboriginal participation in trades and other construction-related occupations. Contractors on selected government capital projects will have to certify that they will hire and train Aboriginal people."

Lorenc says in the past, construction companies have found efficient ways to benefit local communities while still using the open-bidding process.

"This is simply not the way to do business," he said.

Lorenc says there isn't much construction work out there now, nor is there a lot of work on the horizon, so companies would have been hungry.

He's planning to meet with the province on Thursday to discuss the notion of sole-source contracts, following a similar meeting last year.

"Given the fiscal challenge that the government has inherited, with which challenge we sympathize, and given the difficult decisions that the government has made with respect to managing expenses, this was clearly an opportunity in the context of a very competitive market to bid the work, to advertise the work, to challenge the private sector to come up with competitive prices," he said.

"And it's an opportunity that has been missed."