Researchers at the University of Manitoba and residents are calling for action and more public awareness after a new round of soil tests commissioned by CBC reveal parts of North Point Douglas remain contaminated with lead.

Researchers at the University of Manitoba are calling for action after a new round of soil tests commissioned by CBC reveal parts of North Point Douglas remain contaminated with lead.

Four home gardens tested in North Point Douglas — all from streets highlighted in the 2007 and 2008 report that was never released under the former NDP government — came back with at least one sample containing lead levels that exceed national safety guidelines.

Francis Zvomuya, a professor of soil science at the University of Manitoba, says he is alarmed at the results, which in two cases showed levels almost five times over the guidelines set out by the Canadian Council of Ministers of the Environment.

"It means it is widespread," he said. "They have to be very careful, at 500 [or more] they shouldn't be growing vegetables in the ground."

One of those homes belongs to Darlene Belasco, who has lived surrounded by industry in the area for more than three decades. A metal scrap yard sits behind her home and behind that is a still-operational train track. A few blocks away is another scrap yard and only a driveway separates her home from the local flour mill.

The source of the lead contamination has never been attributed to one factor. The report stemming from the 2007 and 2008 tests says the possible causes of contamination in the city are historic use of leaded gas, a number of now-shuttered lead smelters, scrap recycling yards, the rail yards and metal manufacturing operations.

She says she always wondered what impact industrial activity would have on her garden. Now that she knows there is contamination, she wants to see the government take action.

"I would like them to take this seriously," she said. "So that it is looked into."

Of the three samples taken from her backyard, all came back with levels that exceed CCME guidelines for human health — 140 mg/kg (or parts per million) or higher is considered exceeding the safety guidelines.

One sample taken from the garden around her home where she grows tomatoes every year was almost four times higher than CCME guidelines.

A tomato taken from her yard was tested and came back within safe limits — but she still feels she might have to rethink growing them next year.

"I guess I am a little worried, because now I'm thinking should I continue to grow tomatoes. I don't know," she said.

Exposure to lead can cause a number of health issues and is especially dangerous for children or pregnant women, including impaired neurological development and developmental delays in children, as well as learning difficulties, Zvomuya said.

Almost 20 samples were taken in North Point Douglas and around the area of Weston School to mimic testing done by the province more than a decade ago.

Shirley Thompson — an associate professor in the Natural Resources Institute at the University of Manitoba — and graduate student Folarin Solademil created each sample by taking 10 different samples from an area to create a composite. The samples were tested by ALS Laboratories, a private lab which did similar tests for the province in St. Boniface earlier this year.

Some samples, including one taken around the Weston School area and its adjacent field, came back within the safety limits. The Weston School sports field has been closed since September after CBC released test results from 2007 that showed 19 of the 22 samples taken from the field contained levels of lead contamination that exceeded national guidelines for human health protection.

Officials with the Winnipeg School Division said they are waiting to hear back from the province regarding its round of tests before reopening the field.

A garden box, which most experts say is typically the ideal way to prevent lead contamination because it is off the ground, still came back with levels that raised questions for Zvomuya.

He says that more tests are needed to see if this means the lead contamination is ongoing because of current operations — not from historic industrial uses.

"There's always been this argument that soil contamination is legacy, from the past. But if this was soil that was brought in clean and only a few years ago and it has concentrations this high — that means they still could get dispositions from existing operations."

"We know that soil 10 years ago in that area, 20 years ago were contaminated, it's still contaminated. Something has to be done. Remediation is in order," she said. "We have to create barriers and talk about how we're going to deal with this ongoing pollution but also the past pollution."

Zvomuya​ and Thompson said these precautionary steps should be taken to avoid exposure to lead:

Health Minister Cameron Friesen's office declined an interview, as the government says it is still waiting for its own results from tests it did in Weston and Point Douglas. In a prepared statement, Friesen cast blame on the former NDP government.

The NDP has faced accusations of burying the report after several documents were uncovered from when the NDP was in power, including a draft press release and draft advisory note. They were never released.

"The NDP hid troubling soil test results from Manitobans for a decade. Our government, by contrast, has asked for new tests and promised to publicly release the results. Those tests are expected back shortly, at which point we will have more to say," Friesen said in a prepared statement.

Rob Altemeyer, the NDP's sustainable development critic, applauded the CBC for doing the tests and making the results public.

"That's the kind of behaviour we all should have been doing for many years," he said. "They should take these results seriously and work as quickly as possible to get that contaminated soil out of people's yards."

He questioned why it has taken the province so long to complete the testing, considering they promised to begin the tests in September.

The Manitoba Liberals have long hammered the Pallister government on this issue, accusing them of hiding the results of the St. Boniface soil samples. Liberal Leader Dougald Lamont says at the end of the day, it doesn't matter who is in power — the problem needs to be addressed.

"They [residents] just want it solved," he said. "There are just basic things that aren't being done, like communicate with the public broadly about what they are going to do and what people can do to make themselves safe." 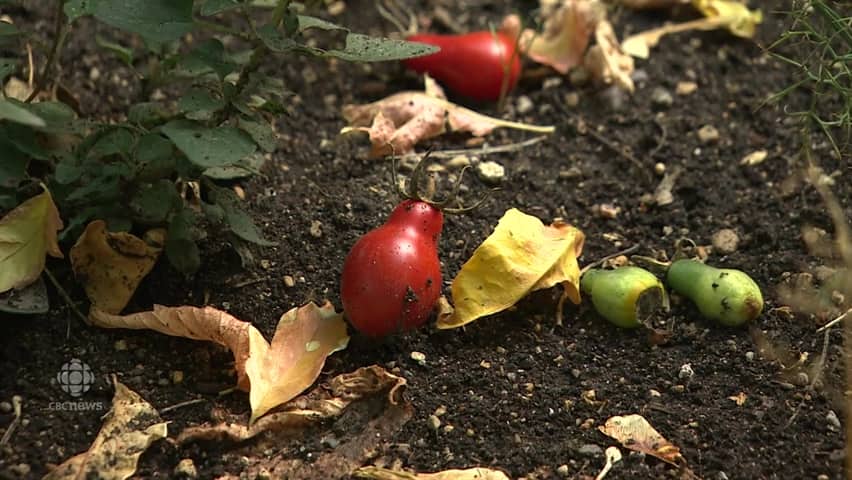 2 years ago
2:30
Researchers at the University of Manitoba are calling for action after a new round of soil tests commissioned by CBC reveal parts of North Point Douglas remain contaminated with lead. 2:30