Two brothers new to Canada are making a difference in Winnipeg's West Broadway neighbourhood, one pile of snow at a time.

Two brothers new to Canada are making a difference in Winnipeg's West Broadway neighbourhood, one pile of snow at a time.

Yuel Andmichael, 13, and his brother Matiwos Andmichael, 10, came to Canada from Eritrea in 2016. Even though the brothers, fluent in Arabic, had some trouble speaking English, they began actively volunteering at the Broadway Neighbourhood Centre about a year ago.

They picked up anything they could to help out: mops, brooms, sponges and snow shovels. Unable to ask for help, they watched others and tried to emulate what they saw to lend a hand.

"They just want to give back in any way they can," said 19-year-old Useifa Abdalla, who works as a translator and youth co-ordinator at the community centre. "The other kids, they help too, but these [two] are the main ones."

Just over a year later, Yuel and his brother still struggle with English. When asked what he likes to do outside of school, Yuel simply said, "Help. To help my friends."

"They were taking initiative," he said. "I noticed that their English wasn't great but if you showed them or they watched, they would just sort of pick up and start doing things."

He calls them the centre's "mini executive directors."

Their hard work led Mulhall to hire them to clear snow, as part of a program that helps local businesses and seniors keep their walks clean.

Mulhall said at first they refused to take payment, but he managed to convince them, noticing they needed new gloves and hats. Plus, he said, everyone needs pocket change.

Nancy Wevursky has lived in the West Broadway neighbourhood for 47 years. She relies on help shovelling her walk. Wevursky thinks hiring young people to shovel through the local community centre is an idea that should be adopted across Winnipeg.

"There are very many senior citizens, especially in this area, and we all need help," she said. "These chaps, they need a job. It's a way for them to earn money."

For Mulhall, the brothers are an example of a changing West Broadway. He says that for many years, most of the clients at the centre were Canadian born.

Now, people of all ages and from all over the world congregate at the centre, which offers more than 20 programs, from running to fishing to bridge clubs.

He sees the centre, and its programming, as something that could have a wider effect on society.

"A lot of racism, in my opinion, is from the fear of the unknown. So it seems to break down a lot of those barriers here," he said.

"They're growing up together with multiple cultures and sharing. That is really cool." 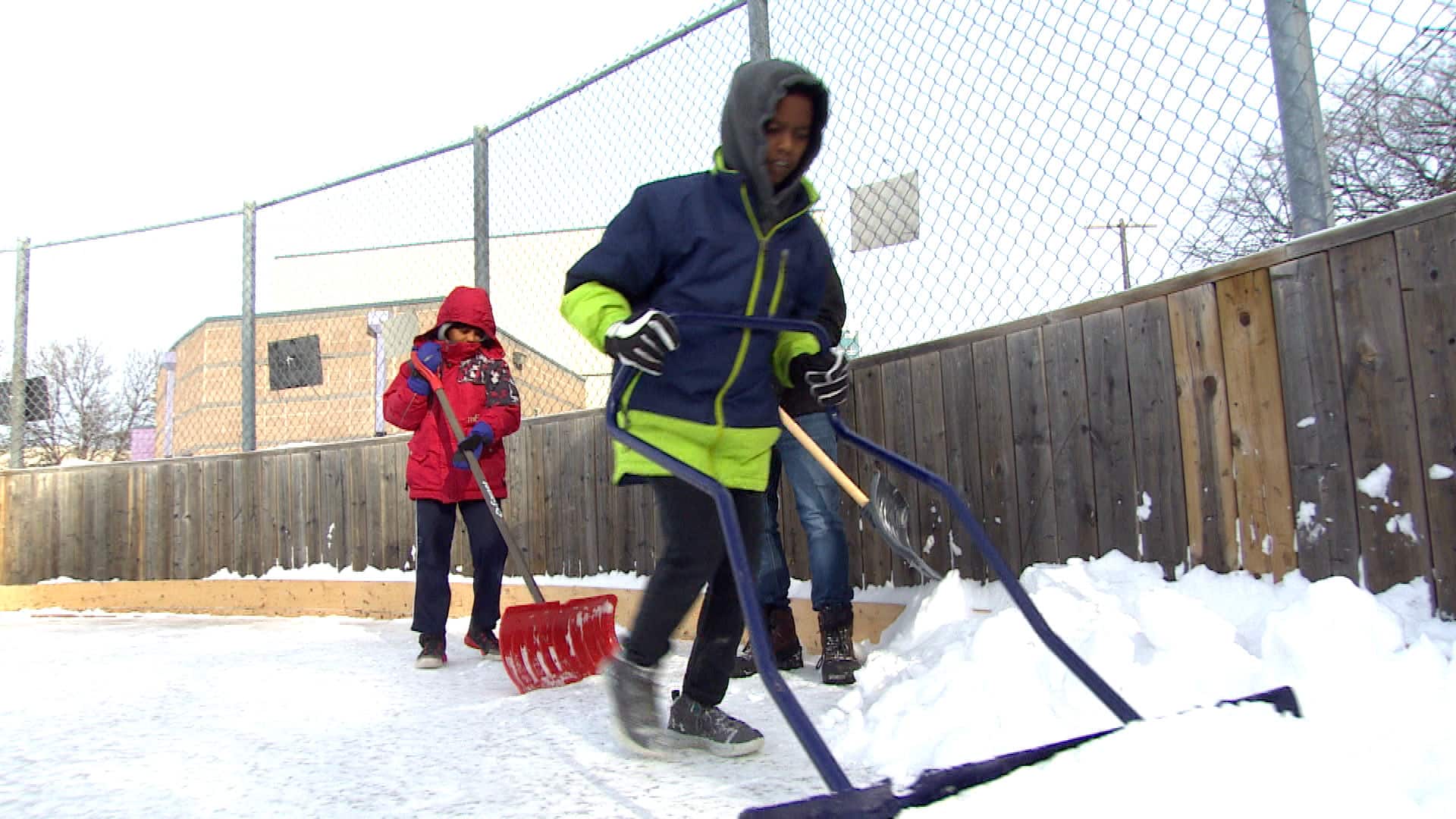 Newcomer brothers give back to their community

3 years agoVideo
1:13
Two brothers new to Canada are making a difference in Winnipeg's West Broadway neighbourhood, one pile of snow at a time. 1:13

With files from Sabrina Carnevale