Manitobans are getting creative this winter to make the most of the outdoors, pandemic or not.

Manitobans are getting creative this winter to make the most of the great outdoors, pandemic or not.

People are restricted from spending time with friends or family outside of their household on their property, and group sizes are limited to five outdoors.

That has many feeling isolated and sluggish — and winter can be a challenge at the best of times.

Here are just a few of the ways Manitobans are getting outside, staying active and beating the pandemic isolation blues:

The Assiniboine River is looking a little more amazing (pun intended) than it normally does.

On a stretch of the frozen river off Wellington Crescent, Hazel Borys and a group of friends shovelled out a maze in the snow, decorating it with frozen sculptures and even donated art.

"So many people have said, 'Hey, I was watching you from my window. I was trying to figure out what you were doing. And I had to come down and see it because I otherwise wouldn't have come out today because it's pretty cold,'" she told CBC News.

Borys says some curious people also offered to help shovel. Others will just come by to hang out.

"It seems to have engaged people to kind of make make it their own outdoor living room because you can't welcome people into our indoor living rooms for quite a while."

WATCH | Hazel Borys gives a tour of the Serpentine Maze 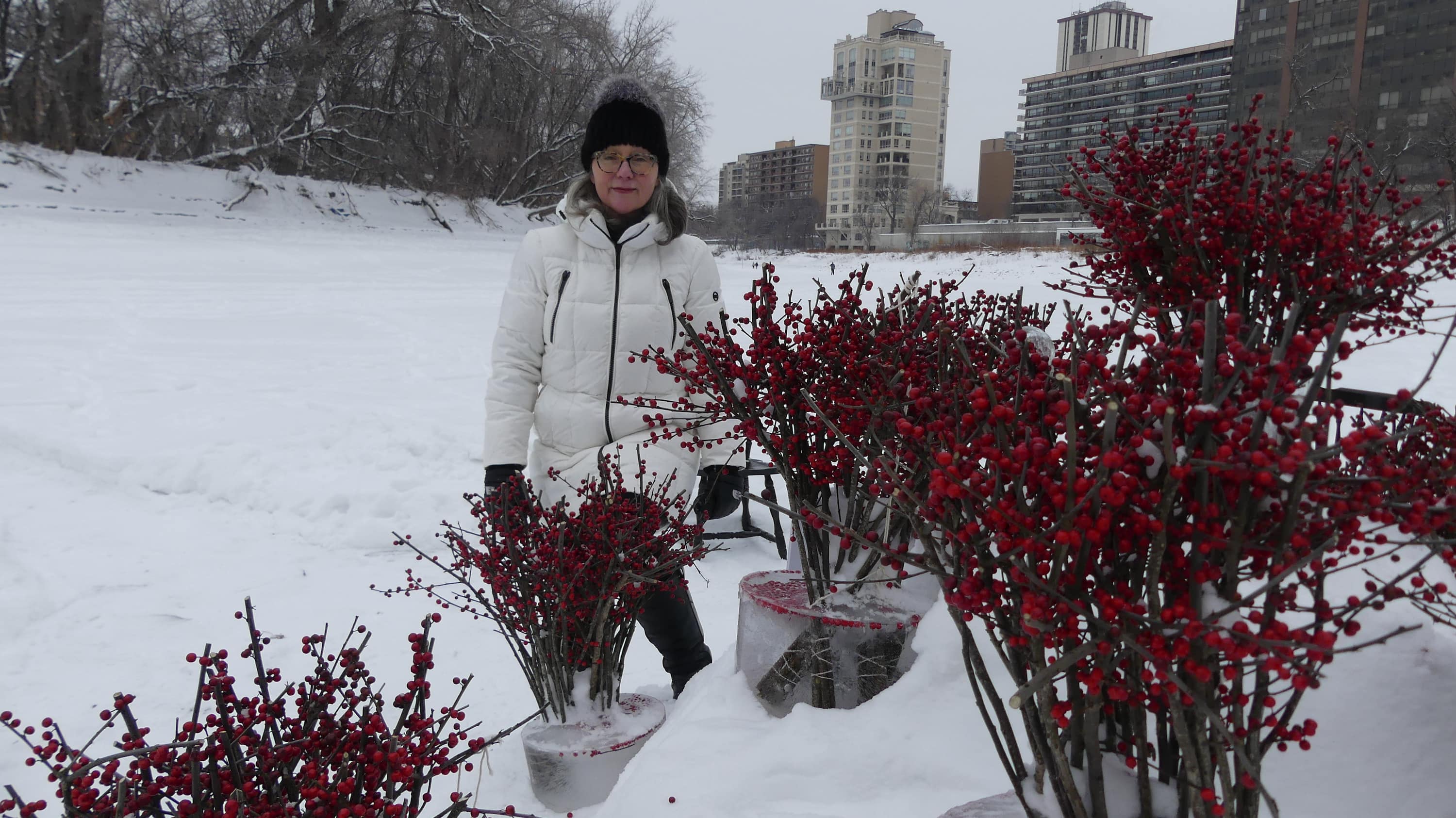 2 months ago
2:17
Hazel Borys and some friends built the Serpentine Maze on the Assiniboine River to help Winnipeggers get outside and safely connect during the pandemic. 2:17

Above all, Borys wants people to be active and combat the winter blues.

"My number one hope is that it gives people a reason to come outside and to get a little bit more active than we would otherwise be right now. And also to have a way and reason to socially connect, even though we're still physically distancing."

Some winter projects are just meant for the family.

Andy Mead made a 10 by 40 foot curling rink for his six-year-old son Bennett — and it wasn't too difficult, either.

"If you can make an ice cube, I think you can probably make a make a curling rink. It's just a matter of building," Mead told CBC Manitoba's Faith Fundal on Up to Speed on Wednesday.

The principal of Mitchell Middle School in the Hanover School Division says he's been building an ice rink in his backyard for years, but so many family members love curling, which is why he decided to change it up this year.

"Bennett loves it. He's he's the real reason why we're doing it, because he would curl out there every day, all day if you had the chance. And he's he's getting pretty good," Mead said.

Climbing gyms may be closed, but if you want to go scaling an ice wall right at home, all you need is a tree, chicken wire frame, cold weather and some water.

That's what Winnipeggers Charles Roy and Trisha Burch did. They used a tree on their property in Windsor Park to construct a 22 foot — or 6.7 metre — ice tower.

"We're a family of climbers, so it's one of our pastimes and our passions, for sure," Roy said on Up to Speed on Thursday.

Since local climbing clubs are closed, the couple decided to build the "massive popsicle."

"Climbing ice is something that we do, but under the circumstances, we had to get creative and think outside the box."

Roy says he also has a climbing wall in his basement that he built when the pandemic first hit.

But it's quite a sight for his neighbours.

"I've been in the neighborhood long enough, about 20 years now, that they expect stuff like this from me. They probably looked out the window and thought, "OK, what's he up to now?'"

Lastly, Evan Poncsak transformed his ride-on lawn mower into a zamboni to clear the river in Souris, Man., which is about 35 kilometres southwest of Brandon.

Coupled with other people's work to shovel snow off the river, the zamboni is the last step in creating a place for people be active outdoors.

The old Ryobi lawn mower is fitted with a water tank and a device to smooth the ice on the back.

Now the whole community can enjoy a smooth skate.

With files from Faith Fundal