City hall may reconsider a patio smoking ban now that Winnipeg could soon be the last large city in Canada to allow people to puff away in public places.

City hall may reconsider a patio smoking ban now that Winnipeg could soon be the last large city in Canada to allow people to puff away in public places.

In 2003, Winnipeg was one of the first Canadian cities to ban smoking inside restaurants. Since then, indoor smoking has been banned from public places in almost every Canadian urban centre, thanks to a combination of municipal and provincial legislation, while most large cities have banned outdoor smoking as well.

Earlier this week, Regina announced it's contemplating a patio smoking ban that would be enacted on July 15. If that ban is approved later this month by the Saskatchewan capital's city council, it would mean Winnipeg would be the last major Canadian city to ban smoking outside.

"I think it's time to look at it, at least, and bring it forward for consideration. We do know the effects of smoking on a patio," Orlikow said in a telephone interview.

"I guess everybody is catching up to us and it's time for us to review and look at it ourselves."

The Canadian Cancer Society, which has lobbied unsuccessfully for a patio smoking ban in Winnipeg, says second-hand smoke outdoors presents nearly the same health hazards it does indoors.

"Your lungs don't know the difference. The smoke might dissipate more on a patio, but it's not like it's all blowing away immediately," said Erin Crawford, public issues director for the society's Manitoba office.

She said Winnipeg experienced a "really proud moment" when it passed its public smoking ban. That ban, passed by council during Glen Murray's second term as mayor, was the culmination of a successful consensus-building effort by former North Kildonan councillor Mark Lubosch.

​"Here we are now, 13 years later, and we're staring down the barrel of being the last in the country — of the major Canadian cities — to ban smoking on patios. So that's something that's really disappointing for the Canadian Cancer Society," she said.

Winnipeg's city council considered a patio smoking ban during Sam Katz's third term as mayor, but wound up asking the province to enact the ban instead.

​Today, there may be more support for the idea of a ban, given a drop in the popularity of smoking tobacco.

"In think I've seen a huge cultural shift in what people's expectations are these days. It's much more the norm not to see smoking in public places, so I don't think we'd see the opposition," she said.

She said the prospect of an outdoor smoking ban is no longer a big concern for Manitoba restaurants.

Rhea Collison, a partner at Bar Italia, said she too doesn't believe a patio smoking ban would make an appreciable dent in business at the Corydon Avenue restaurant, which operates two patios.

"I don't like it when government tells me to do anything, but if they do it, they do it and people will adapt," she said, surmising smokers have grown accustomed to being discreet with their habit.

The former smoker also suggested it may be easier for others to quit if patio smoking disappears.

Research published in 2013 by the Ontario Tobacco Research Unit supports this idea. A longitudinal study of 3,460 Ontario smokers concluded tobacco users who were exposed to patio smoking were less likely to attempt to quit the habit.

Nonetheless, there are some tobacco users who aren't enamoured by the idea of a patio ban.

"As smokers, we've given up so many of our rights over the years," said Don Daly, standing along River Avenue in Osborne Village.

"We've given them up without really fighting for our rights." 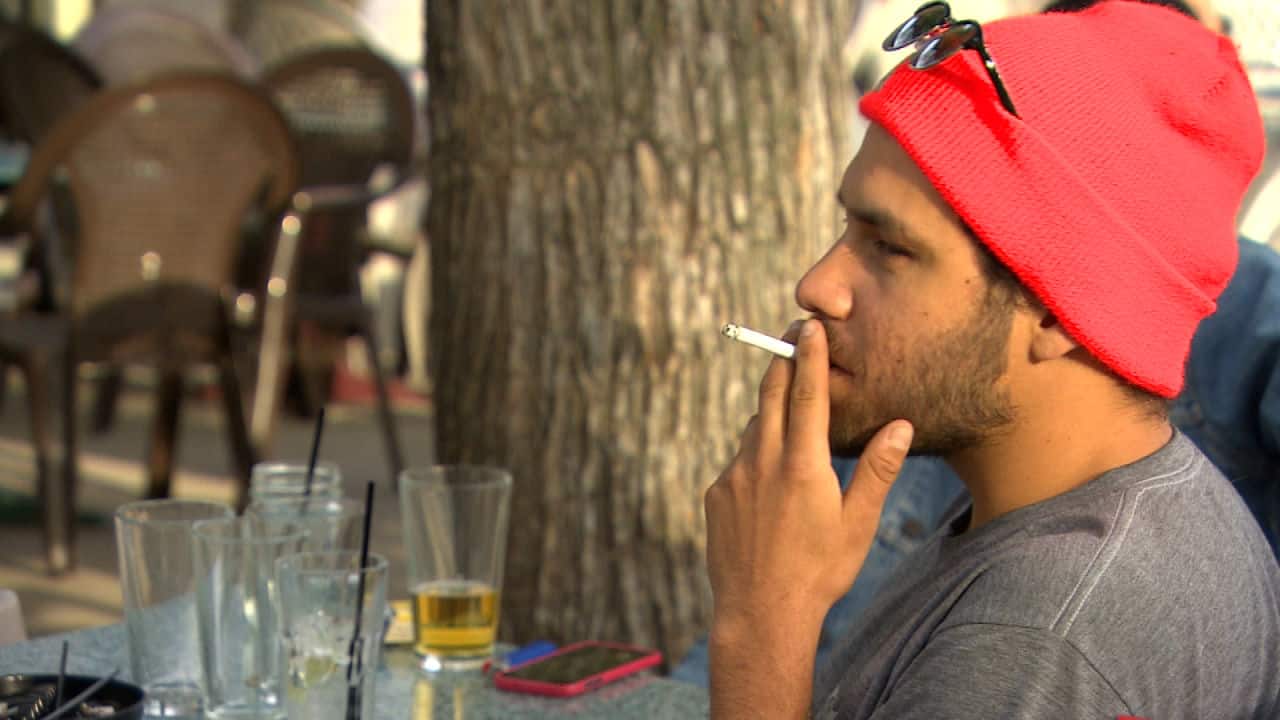 3 years ago
1:28
Winnipeg is poised to be the last large city in Canada to allow people to puff away on restaurant patios. The only other holdout, Regina, is pushing to enact a ban this July. 1:28