Two executives with one of the Ontario developers involved in plans to build Winnipeg's tallest skyscraper were ordered to pay more than $3 million by the Ontario Securities Commission in 2011, CBC News has learned.

But they are confident about the Winnipeg project 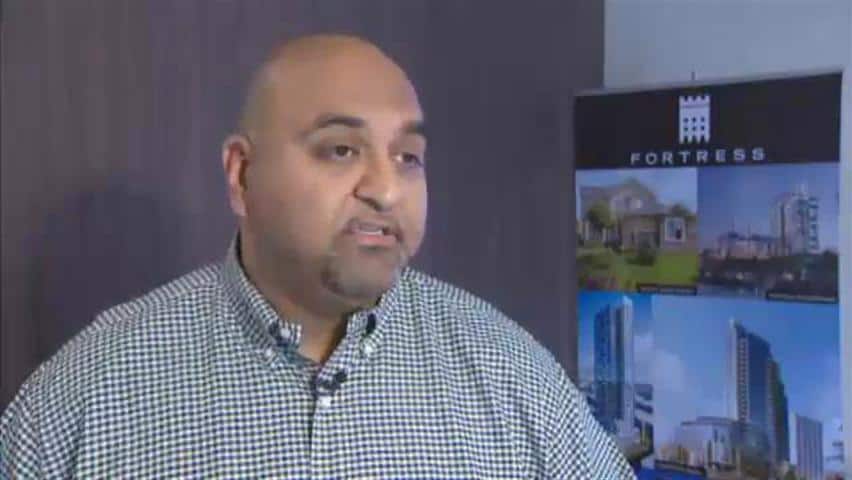 8 years agoVideo
2:52
Two executives with one of the Ontario developers involved in plans to build Winnipeg's tallest skyscraper were ordered to pay more than $3 million in a settlement with the Ontario Securities Commission in 2011, CBC News has learned. 2:52

Two executives with one of the Ontario developers involved in plans to build Winnipeg's tallest skyscraper were ordered to pay more than $3 million in a settlement with the Ontario Securities Commission in 2011, CBC News has learned.

At the time, Jawad Rathore and Vincenzo Petrozza, were directors of Phoenix Credit Risk Management and Phoenix Capital Resources.

Rathore and Petrozza are also executives of Fortress Real Development and were in Winnipeg Wednesday  for the announcement of the new highrise slated to go up at the northwest corner of Graham Avenue and Garry Street.

Rathore and Petrozza settled with the Ontario Securities Commission for more than $3 million in 2011.

At that time, they were also banned from issuing securities for the next 15 years, but the settlement allowed them to continue trading in mortgages..

Rathore said it's behind them now.

"We made a settlement," he said, adding the settlement has nothing to do with Fortress.

"We are happy that to have come to that settlement. There was no findings of guilt or wrongdoing or anything else like that, so we are happy to have made a settlement on that non-related business."

Rathore was also banned from selling mutual funds in 2005.

Many details for their project in Winnipeg have yet to be solidified.

Tenants have to be secured, condos need to be sold. Even a giant supermarket is envisioned for the building.

The funding for the project isn't nailed down yet. But Rathore said the plan is to sell condos now and hold the money in trust.

Rathore, however, is optimistic that not only will the building be the tallest in the city, it will generate taxes for the city, some of which he hopes Fortress Real Developments will get back in a tax increment financing grant, or TIF as it is known.

But critics said the developers' history, along with the outstanding issues about the project, raises red flags.

"I, like many other Winnipeggers, hope they suceed in building what is being sold here, but there is an awful lot of uncertainties," said Brian Kelcey.

Kelcey thinks public officials gave the project a lot of support in light of that.

"My reaction is that the city and city establishment would approach players and projects with healthy skepticism."

Rathore said he hopes Winnipeggers will embrace the project.

"What you have got here is a very experienced development company in Fortress Real Developments that has worked with several sucessful, top tier, class 'A' developpers out there and has lots of sucessful project partners."

Construction is expected to being in 2014.