A lawsuit filed against Skip the Dishes has the potential to change the relationship between the online delivery service and its drivers.

A lawsuit filed against Skip the Dishes aims to change the relationship between the online delivery service and its drivers.

Charleen Pokornik, a delivery driver for Skip the Dishes, is seeking class-action certification for her lawsuit, which alleges the company has misled its workers by telling them they are private contractors instead of employees.

The Manitoba Employment Standards Code sets out minimum standards for terms and conditions of work for employees, such as minimum wages, overtime and holiday and vacation pay. Independent contractors, however, are exempt from these standards.

"Employers seek to avoid those [standards] by trying to structure their relationships as independent contractors," said lawyer Paul Edwards, who is representing Pokornik.

In a statement of claim filed in Manitoba Court of Queen's Bench on July 25, Pokornik says she started working for the company in November 2016.

She argues that she and other couriers across Canada aren't being fairly compensated for their work, and seeks unspecified damages on behalf of all workers.

The company, which started in Saskatoon and is headquartered in Winnipeg, currently partners with 12,000 restaurants across the country, 600 of them in Manitoba.

In an email statement, a spokesperson for Skip the Dishes denied couriers are employees of the company, but are instead private contractors.

"This matter is before the courts and we look forward to responding through the appropriate channels," the spokesperson said.

If a judge grants the request for class certification, all couriers across Canada would automatically become part of the lawsuit, Edwards said.

The complex case relies on a number of different statutes across the provinces where Skip the Dishes now operates, and there is no one criterion that distinguishes a private contractor from an employee. 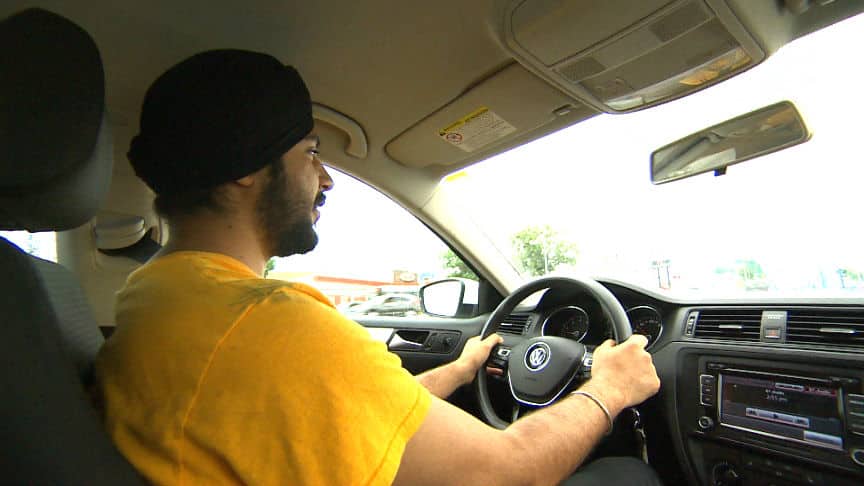 2 years agoVideo
1:39
One driver says Skip is clear about the limitations involved in being an independent contractor. 1:39

"It is an issue that has arisen in the law regularly over many years and there are many decisions, so it's not something you can sum up. It's a multi-faceted test," Edwards said.

In arguing that Skip the Dishes drivers should be considered employees, the statement of claim points out aspects of the relationship between the company and its drivers that Pokornik and her lawyers allege fit that description.

These include the fact that the company hires, trains and supplies the tools necessary for the drivers to do their jobs. The company sets the prices and compensation for workers, and customers contact the company directly.

Drivers don't receive payment from customers for most of their work, and are paid directly by the company on specified weekly paydays.

"The defendant is in a position of power and control over class [action] members, and class members are necessarily in a vulnerable position vis-a-vis the defendant," the statement says.

It goes on to say the company "has been unjustly enriched" by not providing workers with entitlements under employment standards legislation.

A statement of defence has not yet been filed.

'Knew what I was getting into'

Garry Brar, who has been driving for Skip the Dishes for roughly two years, said the employer made it clear to him when he started that he was an independent contractor, and what that meant.

"I totally knew what I was getting into, and it's been fair so far," Brar said.

Even so, he said it would still be "very nice" to be an employee.

"When you start with Skip, you have a contract that [says] you are independent, and the company won't be responsible for anything," he said. "It all depends on that. If you're not OK with that, don't start with Skip the Dishes, right?"

Brina Gervais drove for Skip the Dishes for roughly eight months before she quit in January. She also said the company let her know before she started that she'd be an independent contractor.

"I thought Skip the Dishes did a really great job of kind of setting up expectations," she said.

Gervais stopped working for the company for other reasons, but she said she'll be watching the progress of the lawsuit.

"If a wrong can be corrected then it definitely needs to be."

With files from Ian Froese and Aidan Geary