A single mother who got off social assistance and started working full-time was evicted from Manitoba Housing, in part because she was behind in her rent by $100.

MLA Steven Fletcher: 'Heartwrenching' eviction over '$100 ... the cost of a Jets ticket'

A single mother who got off social assistance and started working full-time was evicted from Manitoba Housing, in part because she was behind in her rent by $100.

"I'm a struggling mom, so I would get behind [in rent] a little bit," said Kaslyn Kitt, 39. "But I was working my way out of housing, so to have it where I'm working my way up and out, to be kicked out before it happens -- I didn't know they would kick me out."

Kitt started living in a Westwood-area Manitoba Housing unit in 2011. She's a single mother to a son living with autism and a daughter, born since 2011, who has cerebral palsy.

She was on social assistance when she moved in and her rent was fully subsidized.

She has since gotten a full-time job doing home care and is no longer on social assistance -- but that also means her rent isn't covered anymore; it's partially subsidized by the province on a sliding scale commensurate with her salary.

I would get behind....get it caught up and then get behind again- Kaslyn Kitt

Her medical coverage for her daughter's anti-seizure medications was also reduced, she said.

Kitt found it harder and harder to make ends meet and, by her own admission, repeatedly got behind on her rent.

Kitt also had a cat, which wasn't allowed but became necessary after she was moved to a unit with mice, she said.

Last March, after months of mediation with her landlord and failed efforts to keep up with the rent, Kitt was formally served with an eviction notice. Two months later, she and her kids were homeless.

"It's memorable, sadly, because of the people involved and the miniscule amount of money," Fletcher said. "Like $100. For the cost of a Jets ticket, you can save a whole lot of grief."

Kitt said Fletcher's staff even tried to pay the $100 to Manitoba Housing, in an effort to clear her debt. The province wouldn't accept the money, she said.

Manitoba Housing said the only way she can apply to return to a unit is to quit her job and go back on social assistance, she said.

There's no way I'm quitting my job, lose everything that I've worked for- Kaslyn Kitt

"I said 'There's no way I'm quitting my job, lose everything that I've worked for,'" Kitt said.

"Arriving at the point of a sheriff's eviction is a serious situation that is not casually entered into by any landlord, especially Manitoba Housing," the written response said. "It means that numerous steps attempted over many months to resolve the challenges have been unsuccessful."

But an anti-poverty activist said Kitt's case is not unusual. Josh Brandon, chair of Make Poverty History Manitoba, hadn't heard of Kitt's case, but said he knows the story well.

"We hear this all the time," Brandon said. "Absolutely. People are on the cusp, just making their way out of poverty, but not making enough to become fully independent."

The working poor can't afford private rentals and can barely afford partially subsidized Manitoba Housing. They're often one paycheque away from lapsing back into complete poverty.

The province needs to create more programs or funding agencies that soften the transition from social assistance to full independence, Brandon said.

"There can't be just a drop off of support," he said.

Kitt and her two children are now couch surfing with family while she continues to look for a new place to rent. She refuses to go back on social assistance.

"I'm working, I've gotten a [used] car, I'm taking care of my children on my own and I think I'm doing a pretty good job, so I'm not losing all of that." 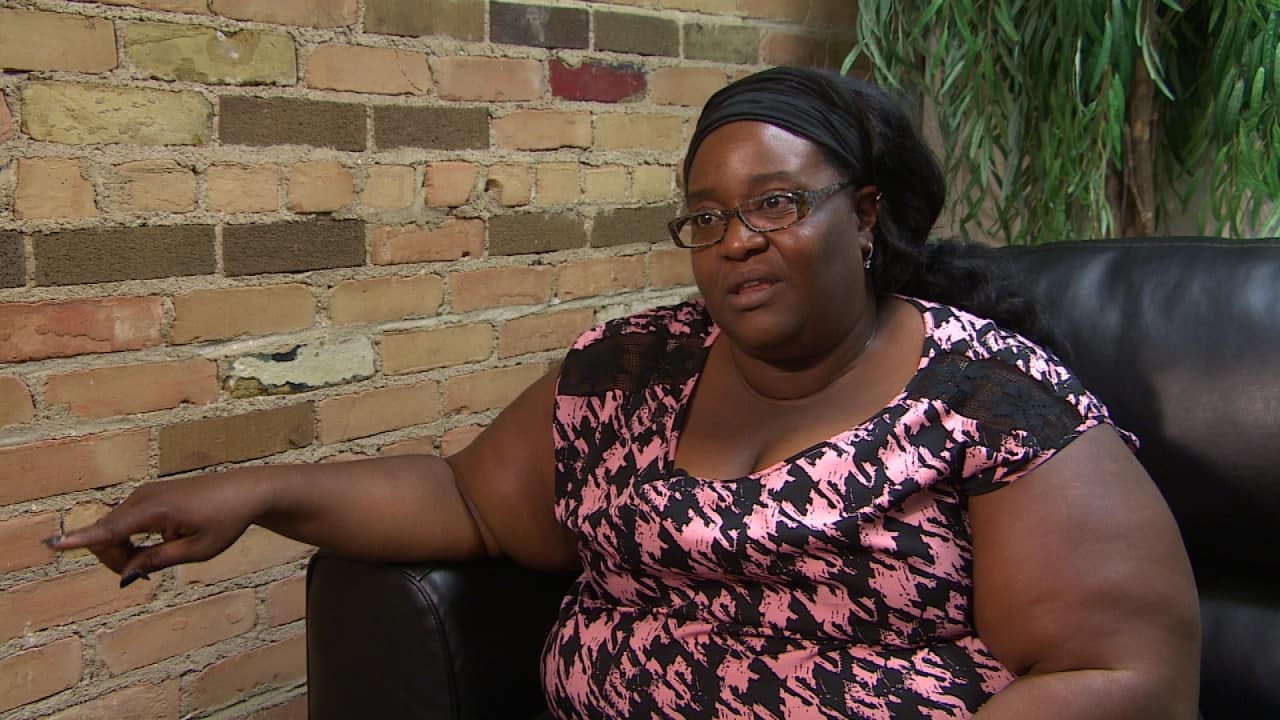 3 years ago
4:57
Kaslyn Kitt, a single mother who got off social assistance and started working full-time was evicted from Manitoba Housing, in part because she was behind in her rent by $100. 4:57