The northern Manitoba community of Shamattawa is mourning the deaths of four young people in the past six weeks, with concern growing after four more suicide attempts since last Thursday. 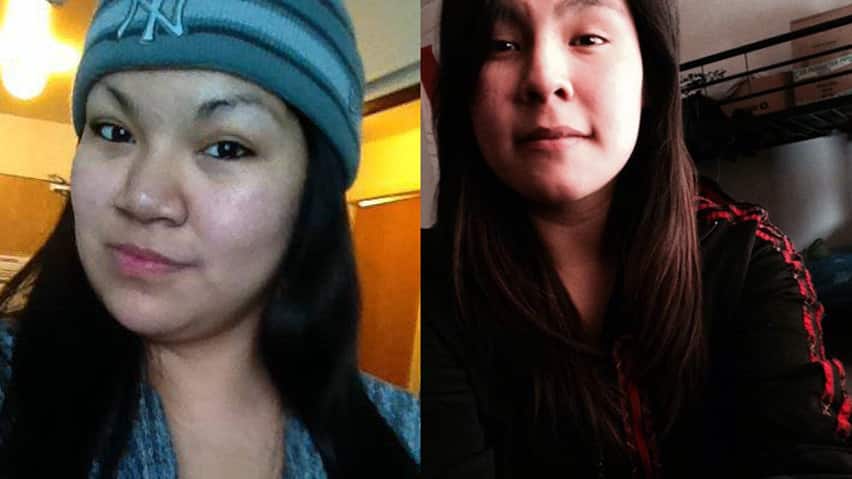 6 years ago
2:26
The northern Manitoba community of Shamattawa is mourning the deaths of four young people in the past six weeks, with concern growing after four more suicide attempts since last Thursday. 2:26

The northern Manitoba reserve of Shamattawa is mourning the deaths of four young people in the past six weeks, with concern growing after four more suicide attempts since last Thursday.

"We are at the stage where we can't wait until the next victim," said Grand Chief David Harper of Manitoba Keewatinowi Okimakanak, which represents northern Manitoba First Nations.

He said more support services are needed in the isolated community of 1,000 people as soon as possible. An appeal has been sent to Health Canada to establish a crisis intervention team for Manitoba, similar to one in Ontario that goes into northern or isolated communities when suicides happen.

​"It's a big problem. We've had a lot of deaths," said Desray Scriver, 21, who knew all of the suicide victims. Dora Napoakesik, 19, was her cousin and April Thomas, 19, was a friend.

"It hits me really hard and it goes on for days. Sometimes I try not to think about it, but that makes it worse," she said.

​"It causes a chain reaction," he said. ​"It's a despair our young people have here, and alcohol plays an influence to their thinking, so they make attempts to try and end their lives."

The chief said his community is devastated about the recent deaths and people are trying to help the families as best as they can.

Napoakesik said there are always counsellors in the community, but more have been brought in to help.

"A day without an attempt is a blessing to us," he said. "We are always on our guard."

Shamattawa is about 745 kilometres north of Winnipeg. It is accessible primarily by air, although there is an ice road in the winter.

'I buried my cousins'

Trina Miles said the two men who died were her cousins. They were 21 and 23 years old.

"In February, they passed a week apart," said Miles. "After burying one of my cousins, another cousin took his own life."

Miles, 21, a youth worker who is involved in suicide prevention, said suicide attempts spike at this time of year in Shamattawa because contraband is brought into the community on the winter road making drugs, alcohol and solvents available on the reserve that has been declared "dry."​

We have to work fast. We are at the stage where we can't wait until the next victim.- Grand Chief David Harper

Scriver said all teenagers do in Shamattawa is party. She said she got caught up in partying after losing her sister to suicide.

"But then I stopped having fun because I noticed that whoever I drank with was crying, sad, mad, getting beaten up."

Scriver has since moved to Winnipeg. She said she could not bear to watch what suicide is doing to her home community.

Miles said when she was a teenager, she had suicidal thoughts; isolation played a huge role in her negative feelings.

"I've been down that road, and I see a lot of these young people going down that road that leads to destruction and poverty, and there is no one there to be a light for them," she said.

Miles said her community needs help from the outside and more after-school activities are required to give young people something to do and offer them hope. Right now, her program runs three times a week and draws up to 50 kids.

Chief Harper said crisis intervention counsellors arrived in Shamattawa on Sunday and are working with the families, as well as identifying others who may be at risk.

"It's hard to be able to comprehend on what's really happening, but at the same time we have to put our minds together," he said.

If you or anyone you know is experiencing suicidal thoughts, these resources are available:

He said there are 10 counsellors in Shamattawa from AWASIS and the Keewatin Tribal Council. Those workers have gone to the school and met with students and are holding workshops in the evening for community members.

A spokesperson for federal Health Minister Rona Ambrose told CBC News on Thursday that more support staff are in Shamattawa.​

"In response to the current situation, Health Canada has ensured a team is on the ground that has an additional mental health therapist as well as support for Child and Family Services' delivery of workers for crisis support in schools," the spokesperson wrote in an email.

It's not the first time Shamattawa has faced this type of situation. In 2002, the local chief declared a state of emergency after three people took their own lives within a nine-day span.

The community's addictions problems also made national headlines in 1986 and 1992.

"They go into the community and help for weeks at a time, not just days, not until the funeral is done," he said.

Health Canada says it has invested $1.3 million in Shamattawa this year alone for "support care and mental health." The federal department runs a nursing station where four nurses are on staff.

Federal Aboriginal Affairs Minister Bernard Valcourt refused to comment on the Shamattawa situation when reporters asked him about it Thursday in Ottawa.

NDP aboriginal affairs critic Niki Ashton called on the federal government to provide more help to the community on a long-term basis.

"The problem is that the federal government has been largely negligent across the board when it comes to sustained funding for recreation and for opportunities for young people in northern communities," said Ashton, who is the MP for Churchill in northern Manitoba.