The Canadian military has completed its reconnaissance mission, and Chief Eric Redhead says a request has been made by the commanding officer to send an additional 60 to 70 Forces members to the northern Manitoba First Nation.

The chief of Shamattawa First Nation says members of the Canadian military have completed a reconnaissance mission, and more help might be on the way in the northern Manitoba community's COVID-19 fight.

Medics and rangers landed in Shamattawa on Wednesday to conduct an assessment in the community, where Chief Eric Redhead said 25 per cent of the population of 1,300 has tested positive for COVID-19.

Redhead says a request has now been made by the commanding officer to send an additional 60 to 70 members of the Canadian Armed Forces into Shamattawa to help with the First Nation's COVID-19 response.

"The supports we need are on their way, and so I have a little bit of hope," Redhead said.

He said as of Thursday, 313 members of the fly-in community, 745 kilometres northeast of Winnipeg, have tested positive for COVID-19, but that number is not reflective of the situation because testing capacity has been reduced.

He said of the requested help, 15 to 20 Canadian Armed Force members would be medics who would conduct wellness checks for the community as they deliver groceries to those in isolation.

Redhead said a forest fire evacuation plan is being used to help get some at-risk people out of Shamattawa, with seniors with respiratory issues and underlying health conditions being prioritized.

"In order to really protect them, they need alternative isolation accommodations right now until we get this under control," he said.

Indigenous Services Canada said as of Wednesday, 48 people have been taken out of Shamattawa and were sent to Winnipeg to isolate.

Help from other First Nations

Sheila North, a First Nations advocate and former grand chief of Manitoba Keewatinowi Okimakanak, started looking for Cree translators to help elders — including those from Shamattawa —who have been sent into isolation in Winnipeg.

By Thursday afternoon, North found approximately 50 translators who are willing to help.

"This is about First Nations helping First Nations. This is what our community does to help each other … an example of how Indigenous people come together in a time of crisis," she said.

North said having people who speak the same language as the elders when they're away from home provides a sense of comfort. She said translators can help identify their medical needs.

Other First Nations from the north are also pitching in.

At the start of this week, York Factory First Nation gathered and packaged 90 boxes of supplies, filled with non-perishable food items, winter clothing and toys for people in Shamattawa.

York Factory Chief Leroy Constant said some of the items were second-hand and others, like canned foods, were bought from stores by people who wanted to help. He said the donations were then sent by train.

"I was really happy to see the amount of support that was received. We're always willing to lend a helping hand to other nations that are in need," Constant said.

Redhead said he's grateful for all the support, which came from across the country.

"It's nice to know that we're able to put our differences aside and work together and come together for the betterment of human life." 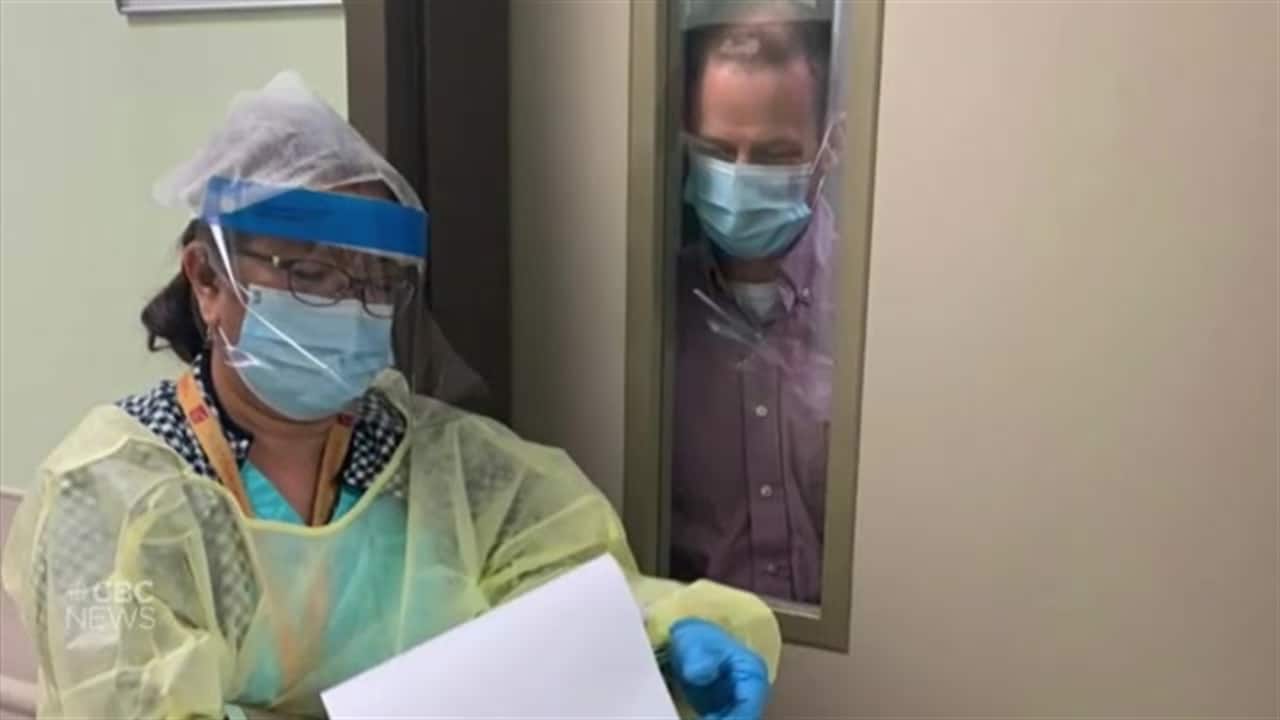 3 months ago
2:12
The chief of Shamattawa First Nation says members of the Canadian military have completed a reconnaissance mission, and more help might be on the way in the northern Manitoba community's COVID-19 fight. 2:12