Isolation, grief and arson: Why the people of Shamattawa want help for kids

It's been days but the smell of smoke lingers from the devastating blaze allegedly lit by kids but community members don't want them charged.

It looks apocalyptic as Nancy Thomas walks the edge of the pit where Shamattawa's band office and only store once stood.

It's been days but the smell of smoke lingers from the devastating blaze RCMP say was lit by kids.

"There'll be more," Thomas says. "There's even little kids that are threatening other people that when they sleep they're going to set the fire while they're sleeping. So people are afraid." 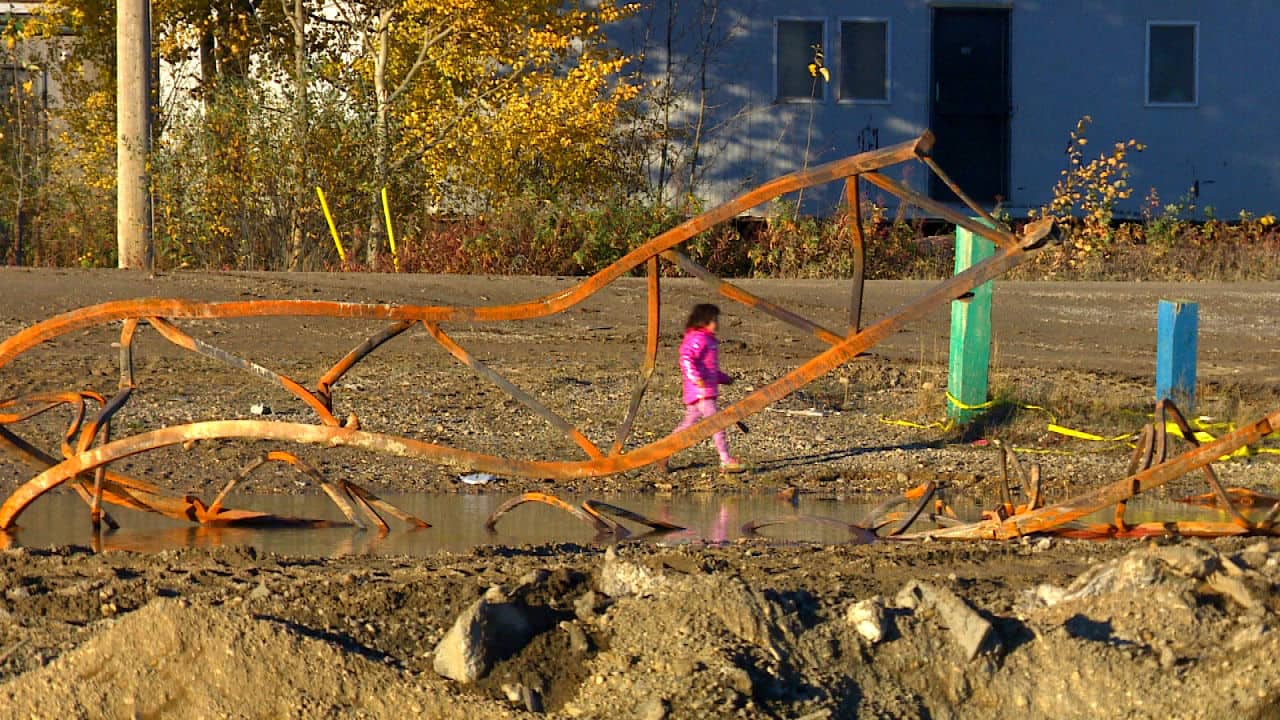 Why the people of Shamattawa want help for kids

4 years agoVideo
2:54
Life is slowly returning to normal in Shamattawa after a devastating arson destroyed the community's only store and also its band office. CBC's Jill Coubrough travelled to the northern Manitoba community, and she found the fear of kids starting more fires still looms. 2:54

The 55-year-old can't help but wonder if her home will be next.

"I always get up even if I hear a noise," she said. "I got out and just walk around the yard, even at night, and I think that's what everybody's doing."

Roughly 1,000 people live in the fly-in community 745 kilometres northeast of Winnipeg and many are still reeling from the fire.

Families are living off of emergency food and supplies flown up by the Red Cross and the Northern Store. The post office is gone along with the only bank machine. Bills are piling up and stress is mounting as no one can cash cheques.

All of this, while five of the six children in the community accused of setting the fire, remain untouchable. They're too young to be charged.

A 12-year-old boy is facing charges, but despite the devastation, many in the community don't believe he should be held criminally responsible. Not even Thomas.

During the Thursday afternoon fire, most of the community was at a funeral for a beloved young mother and teaching assistant who died of health problems.

Thomas, a retired mental health counsellor, says "everybody's grieving" — herself included. The death around her is almost incomprehensible.

The residential school survivor lost her eldest daughter, Nodinna in a house fire in 1984. She was 15 and was staying at a friend's house in Thompson for a sleep over.

Her second daughter Alicia was 19 when she died by suicide in 1995.

Following that, Thomas' husband Simon passed away after a brief battle with cancer in 2010.

And just last year her youngest son Emery, 24, was found dead behind a shed in her yard. He froze to death.

Shamattawa saw a chain reaction of four suicides in 2015. A reality many in the community say hasn't leveled off.

"A lot of their friends commit suicide. And a lot of that needs to be addressed in this community," Thomas said. "They can't even finish grieving like it's on top of each other."

She believes arson is how some youth are responding to the grief and a lack of support and recreation they're struggling with in the isolated First Nation.

Instead of charges, Thomas would like to see the 12-year-old removed from the community and given rigorous counselling.

Principal Lawrence Einarsson agrees charges or time in Manitoba's Youth Centre is not the answer.

"It's a Band-Aid solution. They'll come back. They'll reoffend again. Just for the fact that they went away," he said. "The children have to talk to specialists, psychologists, guidance counsellors. ... We have a psychologist that comes once or twice a year and they're gone ... we don't have the resources here."

Parents need to step up

A burned out Ford F150 in one family's front yard was set on fire by youth, neighbours told CBC News. Another burned out Ford sits ironically beside the fire hall, where the new fire truck still isn't working because of mechanical issues.

Six teachers lost their accommodations after kids broke in and set fire to them this summer, Einarsson said.

Toward the end of Riverside Road, where the all of the porches face the sunset over God's River, Victoria Redhead looks over her barren yard. Her home and warehouse went up in flames this June. She said it was arson. She doesn't know who did it but assumes it was kids.

"And then next was my neighbour's house just two blocks down. His warehouse. They lost everything in that fire," she said.

"They need counselling. They need help. There's nothing much they can do. There's no recreational activities."

Chief Jeffrey Napaokesik admits there's a "fire bug" problem in Shamattawa and he too is leery when he goes to sleep at night.

Napaokesik said they've hired more security and community safety officers are working with the RCMP to patrol the streets.​

It's unclear if the recent string of fires are the same offenders or copycats, but Napaokesik says he doesn't resent the youth.

"In fact, I don't blame them at all. We just blame ourselves, we could have done better," he said.

He and Einarsson are urging parents to become more involved with their kids.

"We actually need the parents to talk to their children. The elders to go back to the land-based education. Have the parents take the child out camping, fishing, hunting," Einarsson said.

A fire prevention talk is in the works next week at the school. The temporary grocery store is up and running. Life is slowly getting back to normal.

Back at Thomas's home, laughter fills the back bedrooms. She's got three foster children age eight, 15 and 17.

Despite losing three of her kids, she's not done parenting or counselling. She said her door is always open to anyone who needs to talk.

But her pain and fear come out at night. 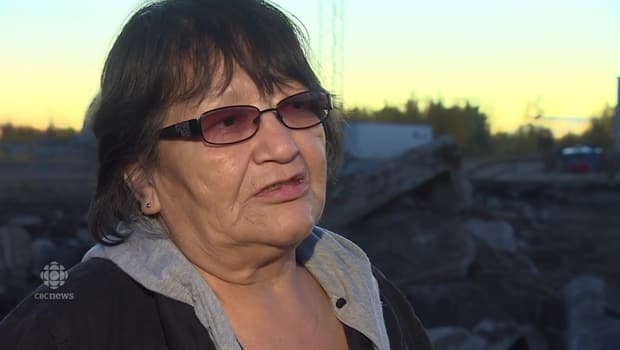 Isolation, grief and arson in Shamattawa

4 years agoVideo
0:38
People in Shamattawa want counselling, not charges, for kids blamed in devastating fire that razed the band office and only store on the First Nation. 0:38

She sips her coffee and glances at the calendar tacked to the wall beside her kitchen table.

"The last day I seen him was the 17th when he was alive, and on the 20th — that was 10 months ago," she said pointing to the dates circled in blue pen.

Her son Emery's death is still raw and the anniversary is approaching. If you ask her if things will improve in Shamattawa she's not sure.

"We try to work it out the best that we can but I know this is not the end," she said about the loss and the fires.

"I would like it to be positive, but what can I say? I would be lying if I said it was positive. I'd rather tell the truth."