A patient advocacy group is calling on a private clinic to apologize to a Winnipeg mother-to-be who was mistakenly administered drugs that can induce labour.

'I'm not expecting her to apologize,' mom-to-be says after mistake at Winnipeg private clinic

A patient advocacy group is calling on a private clinic to apologize to a Winnipeg mother-to-be who was mistakenly administered drugs that can induce labour.

Sandi Kossey, senior director of the Canadian Patient Safety Institute, said along with a sincere apology, Serissa McKay also deserves the chance to hear how her health-care providers will learn from their mistake.

"[She needs] an assurance that clinic or that care provider is doing everything possible to learn from that event and prevent it from happening to somebody else," said Kossey.

McKay, 21, launched complaints with the College of Physicians and Surgeons of Manitoba as well as the Winnipeg Regional Health Authority last week after she said she was mistakenly given labour-inducing medication during a routine checkup with her gynecologist on June 21.

She is 36 weeks pregnant and not due to give birth until July 18.

An infant delivered at 36 weeks is considered preterm and is at a greater risk for respiratory problems and re-admission to hospital, as well as a 12-fold mortality risk compared to a full-term infant, according to Manitoba Health.

She has yet to receive an apology from her doctor or an acknowledgement of the gravity of the mistake, which could have hurt her baby, she said.

"So far I haven't received anything like that," said McKay. "At this point, I'm not expecting her to apologize."

The Winnipeg Regional Health Authority said because McKay attended a private clinic, the agency has no oversight role.

"For anyone who puts forward a complaint about an interaction with a fee-for-service physician, the WRHA's practice would be to refer the patient to the College of Physicians and Surgeons as the appropriate body to connect with their concerns," said a spokesperson.

"The WRHA does not intake complaints for private physicians or on behalf of CPSM."

CBC is still waiting for a response from the College of Physicians and Surgeons of Manitoba and McKay's doctor has not responded to CBC's request for an interview.

Given medication that can induce labour

Pregnant with her first child, McKay assumed the tablets she was given and told to insert into her vagina at her June 21 appointment were part of a test for group B streptococcus, an infection that can be passed on to a baby without prior treatment.

While in the washroom at the clinic, McKay got an urgent call from the front desk asking if she had inserted the pills as instructed.

When she responded that she had, the woman on the line told her to come back immediately.

McKay's gynecologist later told her the medication induces labour but after a painful removal process, assured her not much of the medication had been absorbed.

Still, McKay was told if she had any labour symptoms she should come back right away.

McKay later found out the drug she took was most likely misoprostol, based on the description of the pill, a number on the pill and what it is used for. The medication can cause abortions and start labour, among other effects.

The Canadian Patient Safety Institute's Kossey called McKay's story shocking, despite the fact improper medication is one of the most common medical errors.

The incident is a reminder to both clinics and patients to discuss prescriptions thoroughly, she said.

Kossey is calling on the private clinic to reach out to McKay and explain the steps they will take to ensure this won't happen to another expecting mother.

"Have open candour and communication, letting the patient and their family know what's happening and why they're taking those steps," Kossey said. 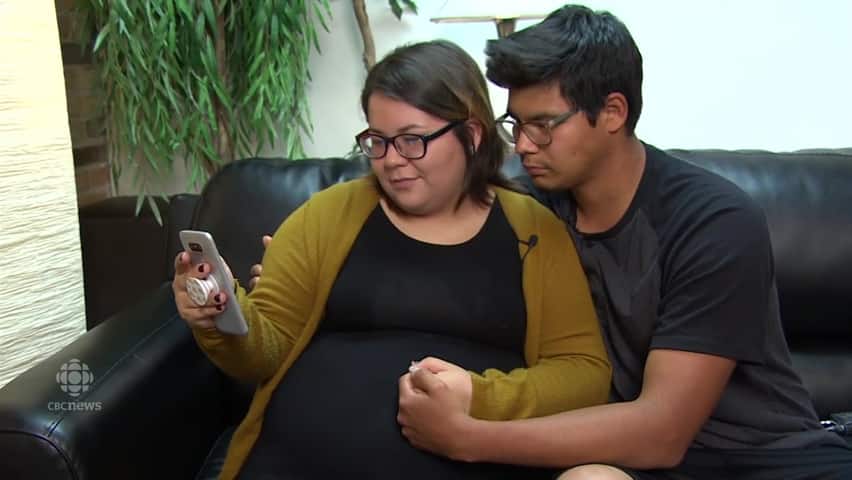 With files from Courtney Rutherford, Aidan Geary and Robin Summerfield