The resignation of NDP MLA Greg Selinger opens a path for Manitoba Liberals to grab a desperately needed seat, puts stress on the New Democrats to keep their seat count and offers a chance for the Tories to reinforce their huge 2016 electoral win.

Mid term byelection race a political test for all parties

The resignation of NDP MLA Greg Selinger has likely quickened the pulse of many political types as the race to win a coveted seat in the Legislature begins.

Selinger's departure from the St. Boniface constituency opens a path for Manitoba Liberals to grab a desperately needed seat, puts stress on the New Democrats to keep their seat count and offers a chance to the Tories to reinforce their huge 2016 electoral win.

At least one possible candidates can quickly be struck off the list.

St. Boniface city councillor Matt Allard says he already has a job he loves and is officially not interested.

"I am not planning to run for the NDP or any party, I am running for re-election for city council in St. Boniface," Allard told CBC News.

"I am actively considering it. I have not made up my mind about whether it's going to happen or not. I have to talk to people in the community to see whether they want me," Lamont told reporters Tuesday.

However, Lamont, who is fluently bilingual, left the door open for other options.

"We're certainly willing to entertain other candidates as well because I have always said it's the best candidate who matters and there might be some areas where there is a better candidate than me," Lamont said.

Alain Landry, who has run several times in St. Boniface, contacted RadioCanada Wednesday to say he was considering another shot at the seat.

An amendment to the province's Legislative Assembly Act brought in by the current Progressive Conservative government reduced the time a seat can remain empty to 180 days from a year .

Selinger has pegged his official departure as March 7, resulting in an election date to fill his seat no later than early September.

Progressive Conservative CEO Keith Stewart says there is interest from several people in running for the seat, and the party will open its candidate selection process shortly.

Mamadou Ka ran for the PCs in 2016, coming in second in the race. In an interview with CBC/Radio Canada the PC candidate who ran against Selinger in 2016 said he might run but isn't sure.

Stakes are higher for NDP, Liberals

Political scientist Roger Turenne says there is a lot at stake for two political parties: the NDP and the Liberals.

Turenne says Lamont "would be crazy" not to run in the byelection."

The political observer says Lamont could lose and still win if he raises the vote count for the Liberals and raises his profile with voters in the process.

Turenne says the NDP's poor showing in the last election left them with a modest caucus of 14 members. They're now down to 13, and 12 when Selinger steps down.

Turenne says the Progressive Conservatives haven't had much success provincially in the constituency so they have less to lose and byelections are traditionally not "friendly territory" for sitting governments.

He says Premier Brian Pallister would be smart to call the election fast, get it over with and start thinking about the general election. 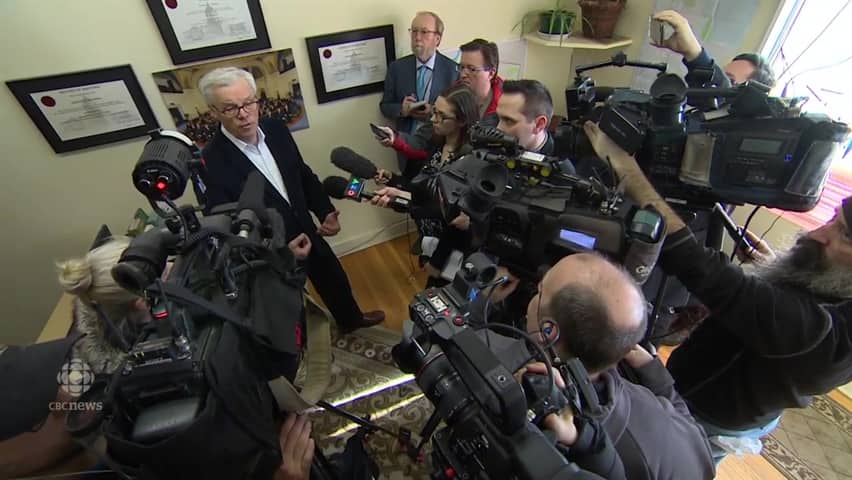 3 years ago
2:02
The resignation of NDP MLA Greg Selinger has likely quickened the pulse of many political types as the race to win a coveted seat in the Legislature begins. 2:02