Working with schools, volunteers and kids, the Winnipeg Trails Association has released maps for seven of 30 bike routes through a project called School Loops.

A Winnipeg non-profit is attempting to help kids find a safer way to get to class this year, by mapping active transportation loops in neighbourhoods across Winnipeg.

Working with schools, volunteers and kids, the Winnipeg Trails Association has released maps for seven of 30 bike routes through a project it's calling School Loops.

The maps, which are being placed in public spaces around schools, are a way to formalize commonly used bike routes, says the executive director of the Winnipeg Trails Association.

Anders Swanson says during the COVID-19 pandemic, many other ways that kids would normally exercise have gone by the wayside.

"[Kids] need to move their bodies in order to be able to learn," he said. "So if it was important before the pandemic, it's gotten extremely important right now." 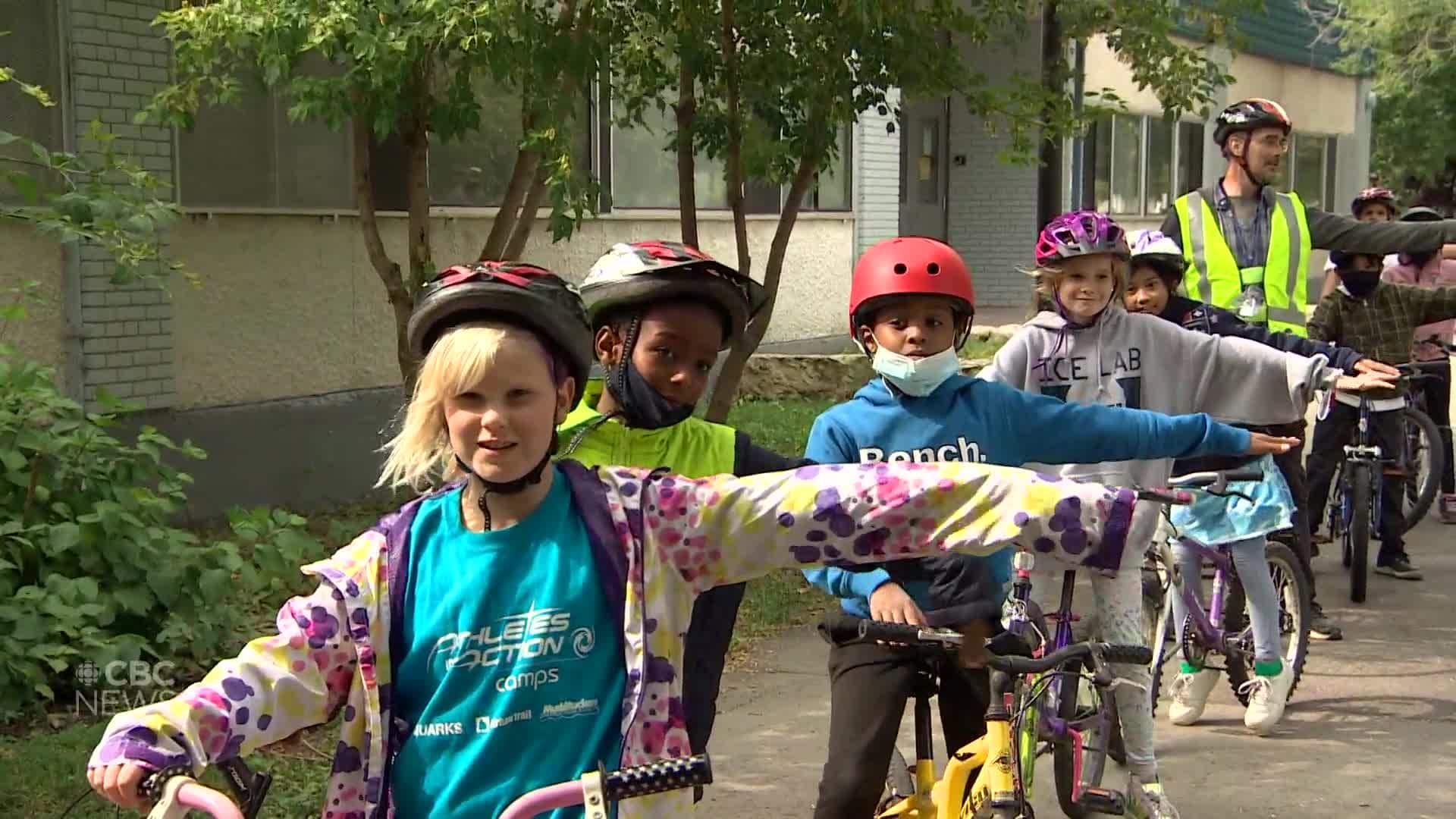 1 month ago
2:31
To help kids get back to school safely, the Winnipeg Trails Association has created bike loops, on designated trails through neighbours around schools. 2:31

On Tuesday, a group of elementary school students from Brooklands School set out on their bikes to ride a small portion of their local school loop, called the Red Firefly Loop, which passes by two other schools.

"I love this loop because you get to ride around with your friends and it was the best bike ride of my life," said Annabelle, a Grade 3 student.

Brooklands principal Rex Ferguson-Baird believes that a lot of families have concerns about kids riding on school buses this year because of the pandemic.

He believes that supporting active transportation will help provide his students with the freedom and safety they need right now.

"The whole concept of being active and getting to school on a bike [is that] it's safe. It's a safe alternative," said Ferguson-Baird.

"I think that for some parents, it might be adding another level of safety or awareness for their kids in terms of allowing their kids to go for a ride.… There's a destination. There's a trail. I know where my kid is going to go."

The maps will soon be available through an interactive app being launched by the Winnipeg Trails Association.

However, the association says that the best way for kids to find their route is to walk around their neighborhood and look for the signs, which include text in English, Ojibway, Cree, Dakota and French.

"Winnipeg trails has been doing a lot of reconciliation work around getting Indigenous languages back into the landscape where they belong, whether it's place names or buildings or starting with our trails, because it's what we can do," said Swanson.

He hopes the project will eventually be able to connect all of Winnipeg's schools with a loop.

"We've never needed a loop more than we need it now. So they're not perfect, but they're a starting point," said Swanson.