A Sandy Bay family that lives in deplorable conditions is getting a new home, but that does little to address the pervasive housing needs on the Manitoba First Nation. 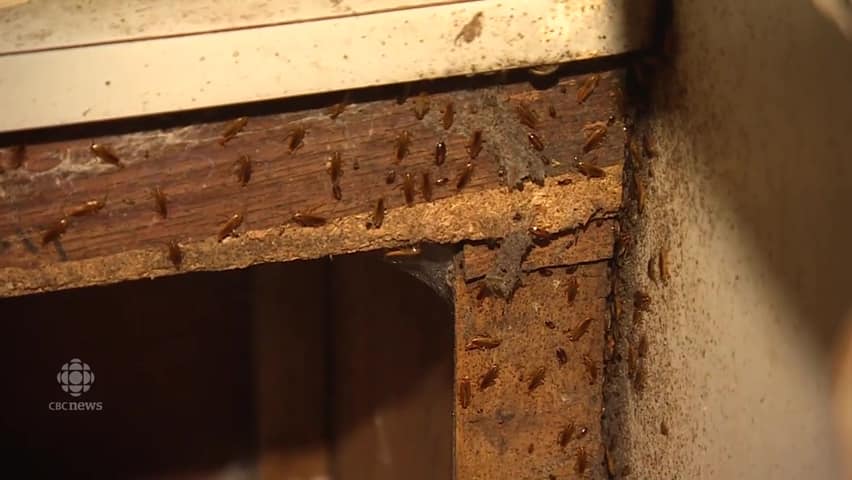 4 years ago
1:53
Lacey Malcolm lives with 14 people in a cockroach infested four-bedroom home in Sandy Bay 1:53

A Sandy Bay family that lives in deplorable conditions is getting a new home, but that does little to address the pervasive housing needs on the Manitoba First Nation.

"It's black and full with mould. There's holes. A doctor even told me it wasn't livable, but I told him this was home to me. It's the only place I have to live. I don't know where else to go," Trish Houle said about her home on the First Nation.

A tour of several homes on the First Nation revealed myriad housing problems in the community.

While an Ontario construction company has offered the McIvors a new home, CBC News visited several other houses in Sandy Bay where residents deal with multiple hazards but have had little help improving their living conditions.

Houle lives a short drive from the McIvors, down a dirt road that feels more like a washboard.

She and her family of four has been living in their home's substandard conditions for years. 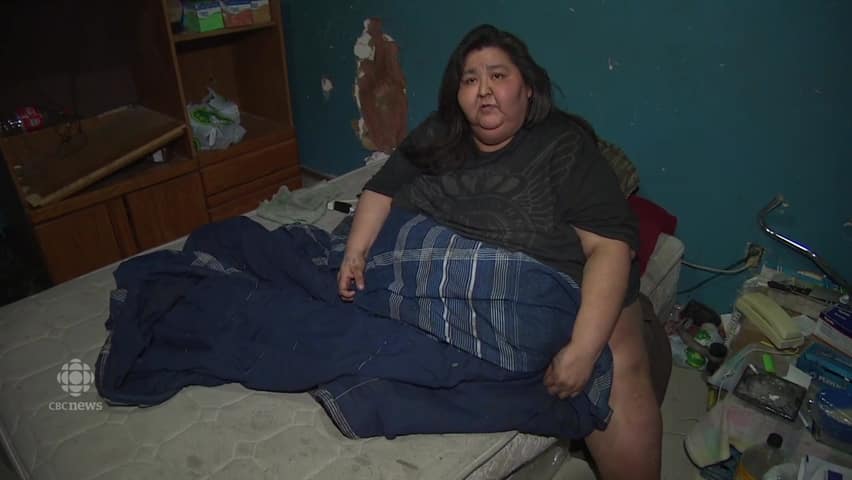 Houle has had multiple surgeries and health problems in recent years and now has limited mobility. Sitting on a mattress on the floor in her bedroom, she said her house is no longer livable.

The front steps have detached from the house, which means the only access into the home is through the back door via steps that are narrow and quite steep for Houle.

There are cockroaches and rodents in the basement, which has flooded multiple times. There is so much mould in the house that Houle's grandchildren are not able to come into the home and visit her, she said.

Houle said she has repeatedly asked the band office for a new home or repairs to her existing home but has been told there are no materials and no money for repairs.

Priscilla Houle, Trish's sister-in-law, said the situation for many in the community is depressing. Her daughter is living in a house with her five children that has cockroaches and mould issues.

"There's a lot, probably over thousands that have homes that aren't livable, that have families that are four or five families living in one house and that have kids," she said.

In a four-bedroom home on the main road into Sandy Bay, Lacey Malcolm lives with 14 people.

They have no furnace; they use the oven and a small space heater for heat. The plumbing in the bathroom doesn't work so a bucket doubles as a toilet. The house is overrun with cockroaches.

Malcolm said she, too, has asked for a new home or help from the band, but she has been met with answers of "we'll see what we can do."

Maintenance staff don't want to come into her home to make repairs, so her family has done what they can, she said.

They salvaged an exterior door from a garbage dump to replace the broken front door, but holes in the floor in the entryway cause problems as they try to keep the building warm in the coming months.

Malcolm worries about her family's health.

"Every week we always have to take our kids to the clinic when they get sick," she said.

Sandy Bay Chief Lance Roulette said 15 new houses are planned for next year, not including the house that is being donated by Total Construction Management.

Members of the band we spoke to said there are dozens of homes in similar condition to the ones the CBC visited this week. 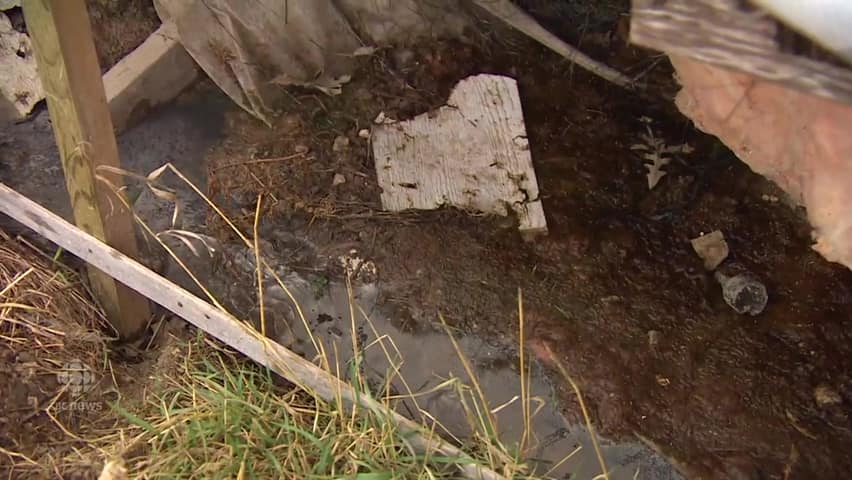