Acclaimed jigger Ryan Richard, from Sandy Bay First Nation, is calling all dancers to showcase their skills in an online jigging competition.

Ryan Richard is calling all jiggers, even babies, to showcase their footwork

Ryan Richard calls himself the "master of the jig" — but to lift spirits during the coronavirus pandemic, he's asking other people to show off their own fancy footwork.

"I did it just to spread the joy, because it's so depressing right now and jigging is so much fun," said Richard.

He's created a Facebook page, Jigging Idol 2020, where he's inviting dancers of all ages, from Sandy Bay First Nation and beyond, to submit a video of their best footwork to the tune of the fiddle, for bragging rights and prize money.

Richard says he was motivated to do something after seeing other virtual talent shows and jigging competitions crop up online.

Richard says he's been dancing for as long as he can remember.

"I actually learned by my grandma in my Jolly Jumper," Richard said. "It's been in my blood for many generations."

In fact, his contest has its own category for young — very young — dancers.

In addition to three prizes for the best overall technique, Richard will select winners for the most traditional jig, most original jig, and the best "Jolly Jumper or ExerSaucer jigger" — the last an award for the youngest talent. 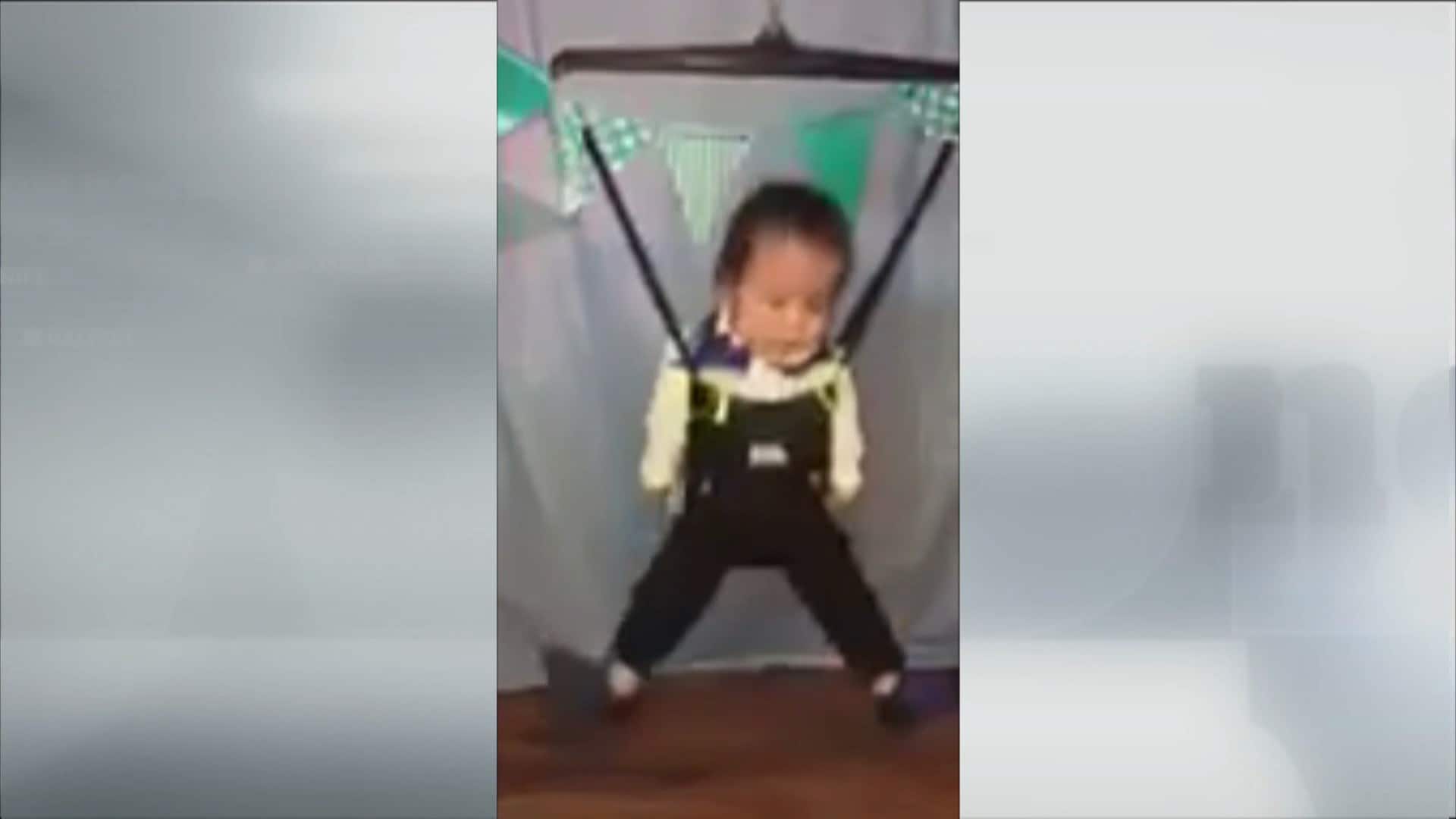 9 months agoVideo
0:34
Champion Manitoba jigger, Ryan Richard, has launched an online jigging competition for all ages to spread joy amid the pandemic. 0:34

"That's how I started my jigging, when I was young — so I just wanted to incorporate that to my little competition," he said. "It's getting quite the response."

So far, the youngest entry is a five-month-old boy stomping away in his Jolly Jumper.

Sandy Bay Chief Lance Roulette admits he is not much of a jigger himself, but his seven-month-old grandson, Rylan, has already entered.

"He's been kicking away for the last few months," Roulette said. "The video is very, very cute."

Chief Roulette said social media has been instrumental in helping his First Nation stay connected during this time of isolation.

He and his wife have been taking to Facebook and Zoom to host online karaoke nights and jigging nights two to three times a week for entertainment.

"It's great to see people reaching out to each other," he said. "It's bringing a lot of people out of their shells as well."

Richard and three other judges will select winners after May 11.

But he adds you do not need to be a professional to participate.

"When I teach my jigging, I say 'there is no wrong way to jig.' As long as you're moving your feet to the music, you're jigging."