A Brandon mother who started a support group this spring for parents of children with addictions says while she's encouraged by the response to the new support group, a recent major drug seizure in southwestern Manitoba shows the extent of the drug trade's grip on the region.

RCMP seized almost 1 kilogram of meth during a recent seizure in Melita, Man.

A Brandon mother who started a support group this spring for parents of children with addictions says while she's encouraged by the response to the new support group, a recent major drug seizure in southwestern Manitoba shows the extent of the drug trade's grip on the region.

"It terrifies me … it scares me," said Danielle Lalonde, who started the Westman Families of Addicts support group in late May after becoming frustrated with the lack of supports in rural Manitoba for her son, who has been living with a serious methamphetamine addiction for about two years.

RCMP seized 680 grams of meth, 141 grams of marijuana, 56 grams of shatter — a highly potent marijuana derivative — and a small amount of cocaine during a raid in the small town in the southwestern corner of the province.

"It also scares the daylights out of me that it's happening in such a small community," she added.

"The concerning total is the amount of meth seized in one seizure," said RCMP spokesperson Sgt. Paul Manaigre. "It kind of shows we've got some bigger players that are moving some product in the western part of the province."

Police charged a 38-year-old man with multiple counts of trafficking and possession of a controlled substance.

"I'm hoping that it's a reminder to everybody out there that drugs aren't just a city problem. It affects most communities in the province," said Manaigre. "As long as the demand is there, people are going to make the attempts and our job is to get in between."

A spokesperson for the Addictions Foundation of Manitoba said while alcohol is still the substance it sees most people having problems with in the region, the foundation "has been seeing an increase in meth use in Brandon and [the] surrounding area."

'I knew that this was a huge issue'

Lalonde said she's had an overwhelming response from parents and families in Manitoba since she announced the inception of her support group. She said she's received more than 150 emails from people across Manitoba, and as far away as Edmonton, who are interested in getting involved with the group.

"I knew that this was a huge issue and I knew that there was a problem but I wasn't expecting that much of an overwhelming response," Lalonde said. "I think we're maybe going to be able to maybe make some dents and make some change."

She said the group held its first meeting in June and another in July, with about two dozen people in attendance at each meeting. She anticipates more of the people who expressed interest will show up once summer is over.

Lalonde said the group is in the early stages of writing a petition to call for a dedicated detox and recovery facility in Brandon, where recovering addicts can be close to family supports while they are in treatment. Currently there are few options in western Manitoba.

"It really scares me that we don't have anywhere for these addicts to go and any chance for them to get better," she said.

Lalonde said there are parents in her group right now from all social backgrounds and not only from the city of Brandon, but from rural communities as well. She is hopeful that while the police work to stamp out illegal drugs, they'll be able to get the users some help.

"I feel fairly positive," she said. "The reality is now we have this group of women that are getting support from one another." 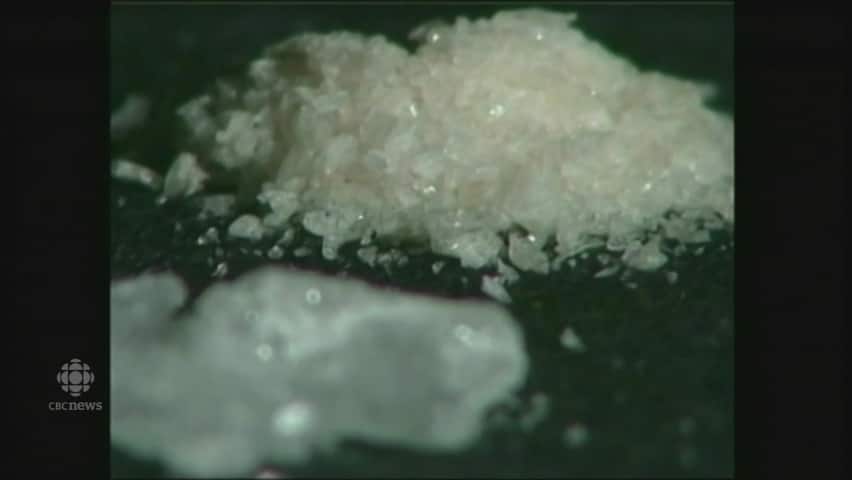 RCMP seized almost 1 kilogram of meth during a recent seizure in Melita, Man.

4 years ago
1:16
A Brandon mother who started a support group this spring for parents of children with addictions says while she's encouraged by the response to the new support group, a recent major drug seizure in southwestern Manitoba shows the extent of the drug trade's grip on the region. 1:16

Lalonde said she knows there are more families out there that haven't reached out.

"I would venture to say that almost all of the people that are in the group right now ... were scared to come forward but now feel much more positive," she said. She added that she's reached out to sportscaster Scott Oake — whose son Bruce died after struggling with drug addiction — about speaking to the group on his family's struggles at an upcoming meeting.

"We are all united," Lalonde said.

The next Westman Families of Addicts meeting takes place Aug. 22 at 7 p.m. at the Brandon ReFit Store, located at 23 12th St.