Manitoba’s top doctor is urging people to get their information from credible sources and dispelling misinformation that’s appearing on social media he calls nonsense.

Manitoba's chief public health officer is urging people to get their information from credible sources and dispelling misinformation appearing on social media that he calls "nonsense."

Dr. Brent Roussin's comments on Tuesday came after two videos circulated on social media, showing hospital staff confronted by someone asking about the capacity at their hospitals. Health officials have repeatedly said hospitals are approaching their limits, with capacity strained due to an influx of COVID-19 cases.

Manitoba announced 270 new COVID-19 cases and the deaths of seven more people Tuesday, as the number of people in hospital with COVID-19 hit a record high of 240. Forty-one of those people are in intensive care.

"There's a group of people who are desperately trying to convince the public that COVID doesn't exist," a frustrated Roussin said at a Tuesday news conference.

In a video posted on Facebook Monday, a person is seen asking a health-care worker at Victoria General Hospital in Winnipeg why the waiting area appeared to be empty. The person is told there will be about an hour-and-a-half wait for a room.

"It's interesting that there's no one here," the person in the video says.

"Yeah, we had a little bit of a rush earlier," the health-care worker replies.

"So I guess what the news has been saying about you being completely overflowing with patients is not exactly accurate," the person says to the worker before leaving, when the employee asks if she's being filmed. The person lies and replies no. 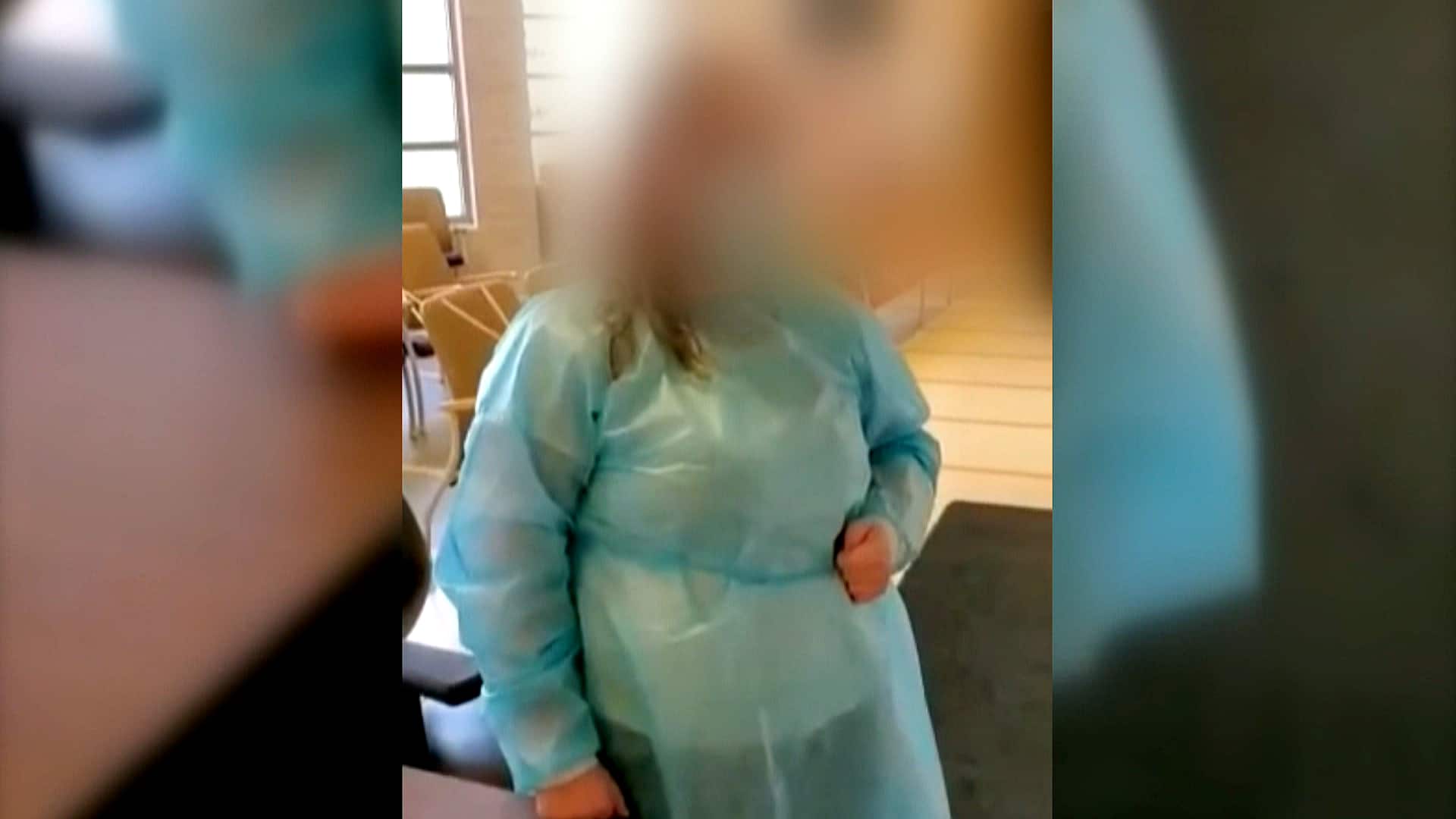 2 months agoVideo
2:25
Manitoba's top doctor is urging people to get their information from credible sources and dispelling misinformation that's appearing on social media he calls nonsense. 2:25

A similar video posted Monday appears to have been taken in the city of Steinbach.

RCMP confirmed on Saturday that several people, believed to attendees at a rally in the city that day against COVID-19 measures, stormed into Steinbach hospital's emergency room, creating a scene. Mounties said people have come to the hospital, taking photos and yelling at employees.

"I feel just really upset. I think it undermines the message that we are giving," said Dr. Glen Drobot, a Winnipeg internal medicine doctor who recently worked on a COVID-19 ward at St. Boniface Hospital.

"[It] makes me feel like we and all the other health-care providers in the province aren't being valued."

Drobot said one of his patients who had COVID-19 died.

"When you walk into a COVID ward, you know that every room is going to be filled with patients. We have to be extremely careful. It seems sort of like a zone that you would have seen in a movie."

Roussin also addressed a post on social media that he said wrongly claimed COVID-19 lab tests are being declared positive without being processed.

"Certainly this is nonsense. This is not at all true," Roussin said.

With Manitoba now having the highest per capita COVID-19 rate in Canada, Drobot is worried.

"The hospitals will be inundated with people who need our care, either on a regular ward or an intensive care unit, and I'm not sure we have enough people to provide the care that Manitobans will need."