Manitoba has identified four companies that will be allowed to operate retail locations for recreational cannabis.

Manitoba's Progressive Conservative government, which has been cool to Ottawa's plan to legalize cannabis, is now espousing enthusiasm for an unfettered marijuana retail experience.

After announcing the four private companies or consortiums that will retail cannabis in the province, Growth, Enterprise and Trade Minister Blaine Pedersen pledged to take a hands-off approach to pot sales in an effort to combat the black market for marijuana and compete with more restrictive cannabis regimes in other provinces.

"We don't want to get too proscriptive into how you set up your store because this is private enterprise. This is the whole idea," Pedersen said Friday outside his office at the Manitoba legislative building.

"You've seen other provinces [with] government stores setting up and that's good for them. We believe this is a better model."

The number of stores and locations where each group will be allowed to operate must still be worked out.

"Our primary concern from the start has been public safety, and this will continue to be paramount," Pedersen said.

"We've worked quickly and diligently, and we're confident that we're on track to have retail locations begin operating in Manitoba as early as July 2."

If the federal government delays the legalization of cannabis until August, that just means the province will have extra time to work out any wrinkles, the minister added. 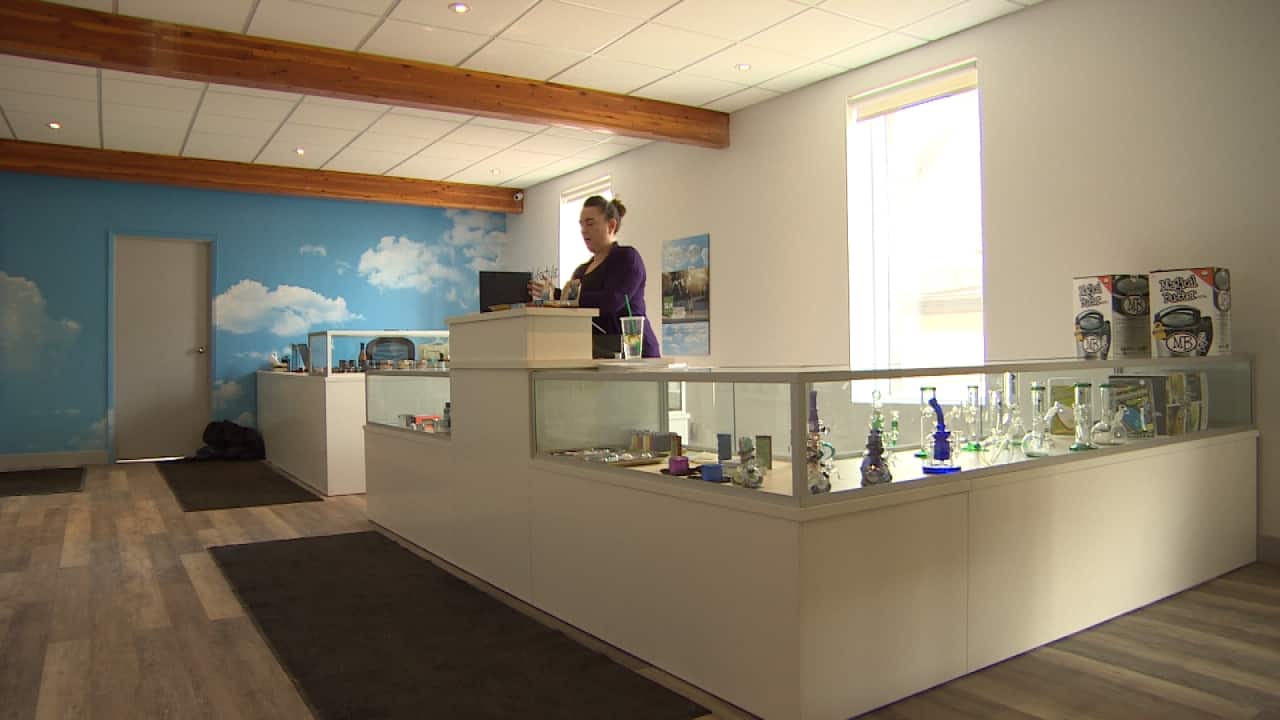 3 years ago
1:59
Four companies have won the right to open recreational marijuana shops in the province later this year, but questions remain about Manitoba's cannabis plan. 1:59

John Arbuthnot, CEO of Delta 9 Cannabis, says he is aiming for big things with a large retail presence in the province.

I really can't understate the importance of this development.- John  Arbuthnot , CEO of Delta 9

"I would love to see a chain of dozens of Delta 9 Lifestyle Cannabis stores open in the next few years, but [we're] working with the province to see exactly what they're looking for and exactly what we will be allowed to do under this licence," he said.

Ultimately, he said, he would like "upwards of 90-100 stores just in the Greater Winnipeg area."

Delta 9 expects to add 200 jobs in Manitoba for both production and retail over the first 24 months following legalization.

"I really can't understate the importance of this development," Arbuthnot said.

He said Delta 9's retail stores would be something akin to an Apple store in esthetic but would not be as free-wheeling as a Colorado weed dispensary, where large canisters of cannabis line the walls.

Conditions must be met

The Manitoba government asked for proposals in early November and "following a thorough evaluation process, it has been determined that these four proposals best meet the criteria outlined in the RFP [request for proposals]," Pedersen said.

However, he added, the acceptance of the proposals is conditional upon several factors, including reaching all of the necessary agreements and providing the required documents as outlined in the RFP.

The Manitoba Liquor, Gaming and Cannabis Authority will now conduct background checks on the companies to make sure there is no criminal element involved — in the history of the companies, in the physical makeup of the store or how the product will be set out and sold, Pedersen said.

No final approval to any potential licensee will be given until that has been completed.​

After that, the province will examine further ways to "engage with Indigenous communities regarding on-reserve cannabis retail opportunities and with the Association of Manitoba Municipalities on promoting access to retail throughout the province," Pedersen said.

"First Nations, we're always in dire need of businesses, and this certainly gives us another opportunity," he said.

The partners in National Access Cannabis operation will educate people in the communities about cannabis and the difference between what is legal and what is not, as well as the differences in the quality of the cannabis.

"This will not only be done in a safe environment, but will not have the additional additives that one faces in the black market," he said about the pot that will be produced.

Many questions, however, remain about cannabis legalization in Manitoba.

Pedersen said he does not know how many stores will open in the province this year, though the long-term goal is to ensure consumers can buy cannabis products just as easily as they can purchase alcohol right now.

Municipalities, including the City of Winnipeg, have yet to develop land-use rules that will determine where cannabis retail stores can go. For example, zoning regulations could be amended to set a minimum distance between cannabis retailers and schools or between two cannabis retailers.

It also is not clear what other products retailers will be able to sell. Pipes and papers will likely be allowed. It's less clear whether stores would be able to sell Doritos and other munchies, as municipal regulations have yet to be drawn up.

One of the groups whose proposal was not approved, the Manitoba Metis Federation, responded angrily to Friday's announcement from the province.

"Once again Manitoba has forgotten the Métis nation," the MMF said in a news release. "The decision to ignore the Métis nation further diminishes an already strained relationship and demonstrates Manitoba's adversarial views toward the Métis nation."

In the release, Jack Park, the federation's minister responsible for energy and infrastructure, said he hopes that one day there will be a provincial government that respects the Métis and the contributions they make to Manitoba's economic engine.

"Manitoba's Métis citizens are entrepreneurs and the founders of the province of Manitoba — it was built upon our hard work, determination and grit," Park said in the release.

"Manitoba has no ​Métis-specific economic development strategy, which leaves the MMF responsible to create opportunities for our citizens. It was the MMF's hope that our cannabis proposal would be accepted, creating hundreds of jobs in Métis communities which are struggling with incredibly high unemployment rates."

The owner of a Brandon business whose proposal was also denied said he fears the four companies who were successful will prevent other market entrants, once they're established.

"It's going to hurt all the small people that the government said it was going to help get into this business and there's going to be a Phase 2. There's no Phase 2," said Rick Macl, president of Growers n' Smokers.

With files from Kim Kaschor