Winnipeg restaurants brace for another shutdown, and worry how they'll survive

Some owners of Winnipeg restaurants worry they won’t be able to survive the latest restrictions, and wonder why they have to shutter while the province is still allowing other businesses to stay open.

Some owners question logic of shutting their businesses down, while allowing others to operate

Some owners of Winnipeg restaurants worry they won't be able to survive the latest restrictions, and wonder why they have to shutter while the province is still allowing other businesses to stay open.

Starting Monday, restaurants in Winnipeg and the surrounding area will have to close their dining rooms and operate using takeout only.

Retail stores in the region must limit capacity to 25 per cent or five people, whichever is higher, while fitness facilities will also be reduced to 25 per cent capacity and masks are mandatory, even while exercising.

Jay Kilgour, the owner of Fionn MacCool's in Grant Park, said he's struggling to lead his team and keep their spirits up.

"I'm frustrated because I feel like I've let them down when there's nothing really that we could have done," he said.

"When you don't have work for the people you care about and they rely on you, that weighs on you."

He said he feels like restaurants have become a "scapegoat," despite having to adhere to so many rules.

It doesn't make any sense to him that faith-based organizations can operate at 15 per cent, but not restaurants.

"I feel that allowing gatherings like that kind of undoes all the sacrifices we're making here, he said.

"I have staff that aren't going to be able to work. I'm going to be laying off a lot of people."

Alex Svenne owns Little Goat Food and Drink, and also worries about how his restaurant and his staff will survive being shut down again.

They survived in the spring by offering takeout and delivery.

While he will do that again, it will be hard.

"I do find that we're making enough money to buy our food and pay our staff, but some of the bills are piling up and at the beginning, everyone's patient with the bills and they're getting less patient," he said.

"At some point someone's going to say, no."

Ami Hassan, the owner of Falafel Place, said he had to start laying off employees Friday as a result.

"It was very hard. Some of them took it well, some of them were actually happy because they're making more money on unemployment," he said.

Hassan said he understands why another lockdown is needed, but he doesn't think it's an even playing field.

"I don't understand how the airline can fly when people sit next to you, but restaurants need two metres apart between table, chair to chair. I just don't get the logic behind it."

Regardless, Hassan said he's hoping his clientele will step up and support his business through this hard time. 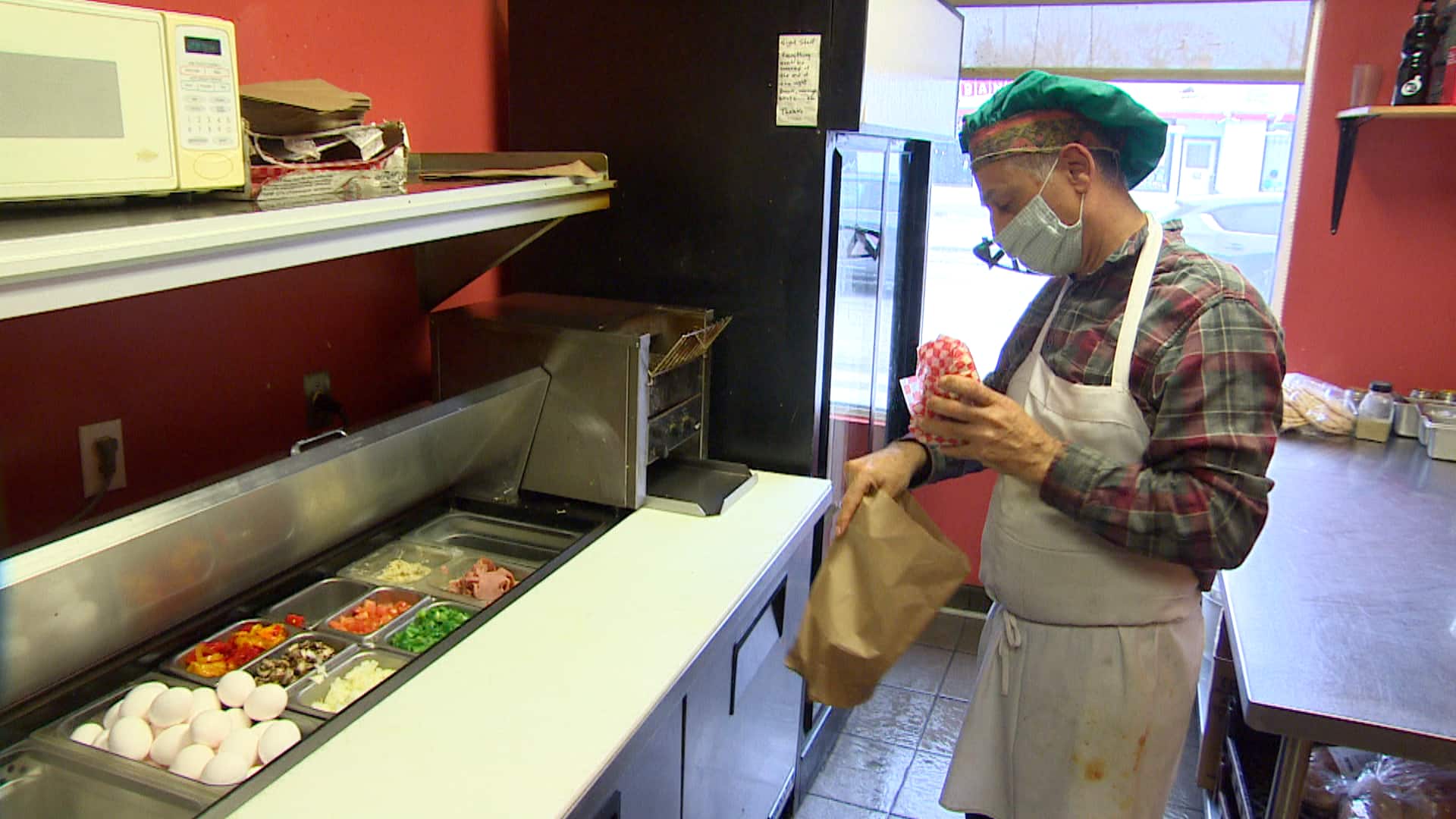 1 month agoVideo
2:04
Some owners of Winnipeg restaurants worry they won't be able to survive the latest restrictions, and wonder why they have to shutter while the province is still allowing other businesses to stay open. 2:04

With files from Austin Grabish and Karen Pauls