Rent-to-own practices in Canada would be illegal in parts of U.S.

Canadians shell out $260 million every year for rent-to-own products, often paying exorbitant prices that would not be allowed in some U.S. states. 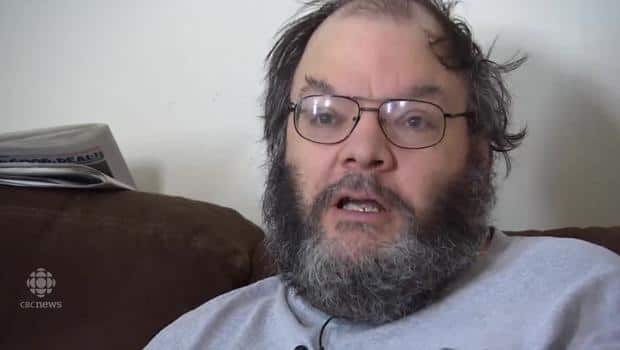 Rent-to-own practices in Canada would be illegal in parts of U.S.

6 years ago
3:04
Canadians shell out $260 million every year for rent-to-own products, often paying exorbitant prices that would not be allowed in some U.S. states 3:04

Canadians shell out $260 million every year for rent-to-own products, often paying exorbitant prices that would not be allowed in some U.S. states.

CBC went shopping at some rent-to-own outlets and found an Acer Aspire laptop at a Winnipeg Easyhome store.

The store offered to sell it outright for $499.

At the advertised sale price of $19 per week for a two-year term, a customer would end up paying $1,976. The store says that's a bargain — the regular price is $25 per week.

That same transaction would be illegal in California, one of several American states that have capped prices such stores can charge.

Easyhome declined an interview, but sent a statement saying that customers "always have the option to purchase their product outright within the first 90 days and save up to 55 per cent of the total lease rate."

It also says its pricing includes benefits such as delivery, setup and upgrades.

Canada lags behind the U.S., where the majority of states have enacted laws to protect rent-to-own customers by requiring more transparent advertising. Five states have actual price controls.

Not a single Canadian province has followed suit with specific rent-to-own legislation.

Minnesota effectively shut down the industry after the state's Supreme Court ruled that the transactions were subject to a maximum eight per cent yearly interest limit.

Aaron's, a rent-to-own chain with headquarters in Atlanta, also declined an interview, but said in an email that low-income Canadians have fewer places to turn after "being abandoned by creditors."

But Sylvie De Bellefeuille with Options Consommateurs, a Quebec advocacy group, said that strong rules are needed to protect the industry's vulnerable customers.

"Most of them go to the stores to have items that are essential to their living, furniture and appliances," she said. "Things they need in their everyday lives. There should be legislation that targets that kind of store."

California recently settled a multimillion-dollar class-action lawsuit with Aaron's. The company agreed to repay $25 million to customers after it was accused of avoiding consumer laws.

The suit alleged that Aaron's charged exorbitant prices, levied late fees on contracts less than seven days overdue and failed to adequately disclose service fees in advertising and on contracts.

Canadian ads not as detailed

A comparison of rent-to-own online ads reveals that Canadians don't get information as detailed as customers do in some U.S. states. That would include the total cost of the rental and the cash price of the product.

One rent-to-own store in Winnipeg charges a daily late payment fee of $11.30, while in California customers get a seven-day grace period.

California and Hawaii require a price breakdown so that customers can see the total cost of a 12- or 18-month term. The same detail is absent from Manitoba ads.

"Rent-to-own operators operate on a thin margin, a fact that often goes unnoticed," the Aaron's statement reads in part.

Many states require stores to give consumers a copy of the contract prior to the point of purchase.

Two stores in Winnipeg evaded CBC's requests for copies of the contract, with staff at Easyhome saying, "It's all done online."

Aaron's offered a "short order form" but said that another contract would print out when the order was placed, and staff wouldn't provide that paperwork.

That's in line with the law in Manitoba and other provinces where sample contracts ahead of purchase are not required.

Though Manitoba has no legislation specific to rent-to-own, she's satisfied  the Consumer Protection Act protects consumers.

All provinces regulate leases in their respective consumer protection acts, but none have specific rent-to-own legislation.

David Orazietti, Ontario's minister of government and consumer services, said the province is looking at ways to protect consumers.

"A group of the population that engages in these types of services may not have all of the information that they need," he said.

In defending its practices, Easyhome said, "We provide a service that gives customers the flexibility to exit from the agreement at any time with no further obligation or harm to their credit score."

"We understand our business is not for everyone, however, we provide flexible solutions to those that may be turned down by traditional retailers," the statement reads.

Nic Hotte, 35, of Kitchener, Ont., defaulted on his agreement with Easyhome after failing to return a phone he leased, which the company contends he essentially stole.

The rent-to-own company called Hotte three or four times a day on his cellphone, according to his phone records.

A voice mail message left by the company states, "We are just going to keep harassing you and I will be coming to your work to bother you there."

The company says it was exercising its right to recover the phone, but adds that the voice mail message was not acceptable.

"We do not tolerate this type of collections tactics and work tirelessly to ensure that customers are treated with respect," the company said.

The company is taking Hotte to court and the phone calls have stopped.

Hotte would have more protection from harassing calls if he was in Manitoba, because that province has rules that apply to all debt collectors.

Not so in Ontario, which only governs collection agency tactics, not rent-to-own operations.

Orazietti said the law may need to change to include all debt collectors.

"If they're acting as a collection agency would, in the spirit of legislation," he said, "we might require regulatory changes to include them."

The Quebec government says it is working on beefing up its legislation.

“We're looking at different types of contracts, as they're not clear,” said Jean-Jacques Preaux, a spokesman for the consumer protection office.

Orazietti said that a federal law on the rent-to-own industry may be needed.

"It would be much more helpful if there was a national policy, a great specificity around the contracts," he said.

Jake Enwright, spokesman for federal Industry Minister James Moore, gave this statement: "Rent-to-own businesses fall under provincial jurisdiction. But our government expects all companies to comply with the law and if consumers have evidence of wrongdoing, we encourage them to notify the proper authorities."

Read the statements from Aaron's and Easyhome, two major rent-to-own companies, in response to the CBC News investigation: