Winnipeg's descent into code red means the crowds of poppy-wearing people won't be gathering this year, but that isn't stopping Ken Onagi from trying to help raise money for veterans.

"Especially in today's environment where there's so much negativity going on, if we can spread a little positive energy out there and get through this as a community than we are happy as a curling club to do so," said Onagi, president of the Assiniboine Memorial Curling Club.

The club was founded by military members and is currently shut down due to COVID-19 restrictions, so Onagi said it seemed fitting to hold a drive-thru poppy sale Thursday at its headquarters on Vimy Road.

"It was a no-brainer for us," he said. "It's important for us and it's important for society to remember that these people sacrificed their lives for our country, and anything we can do to honour them is something that [we] as a community need to do."

People donated from the comfort of their cars, and the proceeds will go to the Royal Canadian Legion poppy fund.

The Winnipeg metropolitan region was placed in the red, or critical, level of the provincial pandemic response system beginning on Monday. The move came with a suite of restrictions meant to stem the current surge of COVID-19 cases.

Gathering sizes of more than five are prohibited in Winnipeg and the surrounding area, and many places where veterans and volunteers would normally give out poppies as part of the international donation drive are no longer viable.

"[The drive] has really been suffering because of the pandemic," said Onagi.

The City of Winnipeg has cancelled its annual Remembrance Day ceremony events for Nov. 11.

There won't be any large gatherings next Wednesday at Brookside Cemetery, a site where more than 10,000 First World War and Second World War veterans are buried.

The same goes for the RBC Convention Centre ceremony. That event usually draws about 4,000 people.

There are no plans to hold any virtual alternatives either, said a city spokesperson.

The Royal Canadian Legion Manitoba and Northwestern Ontario Command also confirms it does not plan to organize any Remembrance Day events, although a small number of legions are moving forward with their own.

A staff person with West Kildonan Legion Branch 30 confirmed the venue plans to hold a small, five-person event that it will livestream on Facebook.

'Nice to be able to give back'

As for the drive-thru poppy sale, Onagi said the single initiative was put together in 48 hours before the event and raised hundreds of dollars.

Otis is past president of Charleswood Legion and now district manager of several local legions. He said legions are hurting right now because they aren't able to have people out canvassing as they do in a normal year.

That made the drive-thru initiative all the more special, he said.

"It's nice to be able to give back and it's really nice to have the community effort," he said.

It's unfortunate that COVID-19 has prevented people from gathering next Wednesday, he said, but it doesn't mean people can't still take a moment that day to reflect.

"Those people that do think of veterans, I would just ask that even if they're not attending a ceremony, just to stand at 11 a.m.... bow their heads and think what these veterans did for this country." 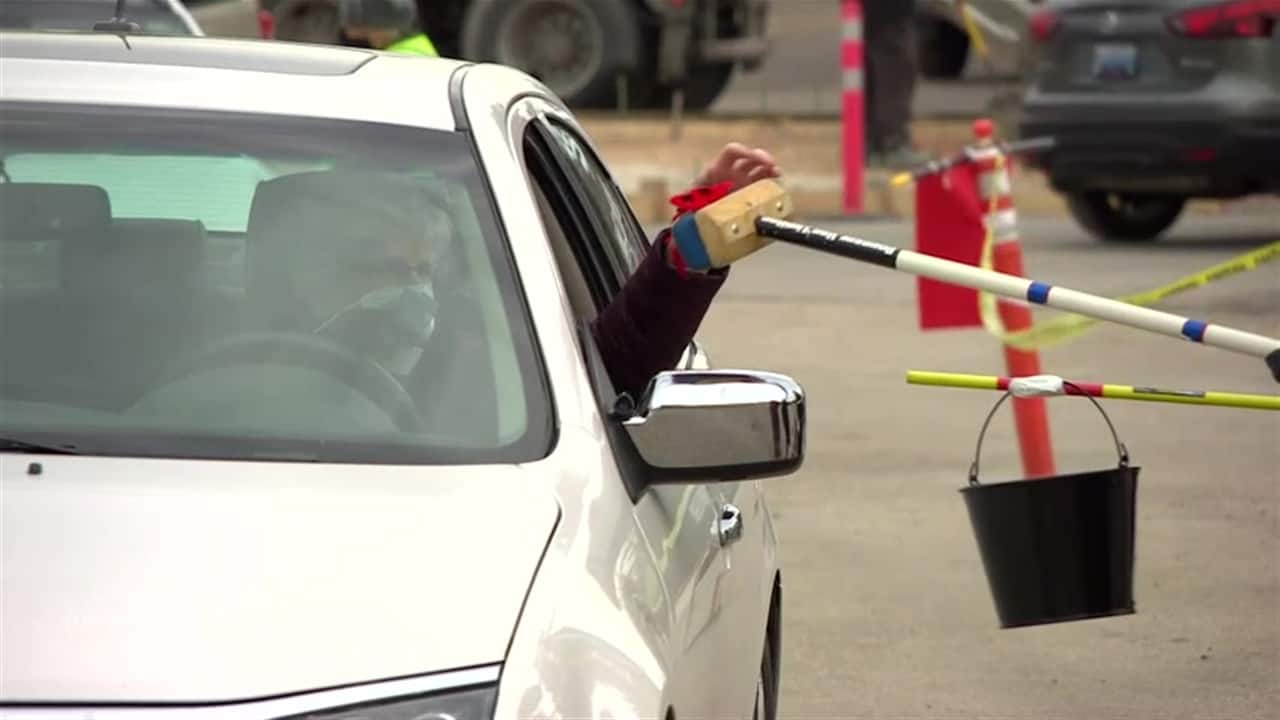