Canada Post continued to pay builders of the Winnipeg mail-processing plant six years after the facility was complete, and more an a year after RCMP first learned of possible fraud in the construction project, CBC News has learned.

Canada Post continued to pay builders of the Winnipeg mail-processing plant six years after the facility was complete, and more than a year after RCMP first learned of possible fraud in the construction project, CBC News has learned.

The details are found in a Feb. 2, 2017 sworn affidavit RCMP used to force TD Bank to provide records related to the joint venture between Caspian Projects Inc. and AECON, the two companies hired by Canada Post to build the Winnipeg mail-processing plant near Richardson International Airport in 2008.

RCMP said earlier this year they are investigating the construction of the mail-processing plant, which was built by the company responsible for the Winnipeg police headquarters project — which has been under investigation for two years.

Both the airport postal facility and the downtown police HQ were built by Caspian Construction.

Investigators were permitted to look at the banking activity in the joint-venture account between July 1, 2008 — the date the contract was signed to construct the Winnipeg mail-processing plant — and Jan. 1, 2016, when RCMP said Canada Post made its last payment to the builders.

CBC News made repeated requests to Canada Post to ask why it was still paying the Caspian-AECON joint venture for a project they finished building in 2010, but the Crown corporation refused to discuss the matter.

"We do not disclose or discuss details of contracts as they are commercially sensitive," said Canada Post spokesperson Jon Hamilton.

The Winnipeg Construction Association said it's highly unusual for a company like Canada Post to still be paying builders six years after a project was completed.

"Normally the final monies flow after the building is declared substantially complete by the design team," said president Ron Hambley. "At that point, the builders lien holdback of 7.5 per cent plus amounts for outstanding items would remain to be paid."

He said sometimes the owner requests additional work that was not part of the original package, and the timer starts again.

"Lien holdback is supposed to flow after 40 days. The other amounts won't flow until work is completed," Hambley said.

Canada Post wouldn't say if the amount paid to the joint-venture bank account in 2016 was for work done by Caspian and AECON as part of the 2008 contract, or if the two companies were re-hired to do additional work.

"I think everything should be public and should be a lot more transparent," said Kelly McCauley, Conservative MP for Edmonton West and deputy critic of Public Services and Procurement.

Speaking with CBC over the phone from Edmonton, McCauley said he can see why Canada Post might not want to release commercially sensitive information, but in light of the ongoing RCMP investigation into the construction of the mail-sorting plant, he believes the Crown corporation should explain the 2016 payment.

"Our preference would be clear the air on this. If there was a late payment or a payment six years after the fact for some deficiency — especially because the RCMP is looking into it … if it's a legitimate valid thing then there's no harm in releasing the info, so that would be our preference," McCauley said.

"Clear the air on that."

During the search, officers found and seized two binders of invoices for the mail plant with the words "true" and "inflated" written on them.

At the time, according to a police affidavit, the officer who discovered the binders believed that if someone had received an inflated quote, "they may have been a victim of a fraud."

But police did not launch a full investigation until nearly a year later.

"The investigation into the Canada Post mail-processing plant began in late 2015," RCMP spokesperson Robert Cyrenne said in an email to CBC News, but wasn't able to say why.

According to a June 20, 2016 sworn affidavit, only preliminary investigative steps were taken in the post office matter for 18 months because the same officers were also assigned to the police headquarters probe.

In the affidavit, RCMP alleged that between 2008 and 2011 Caspian's owner, Armik Babakhanians, defrauded Canada Post of more than $5,000 by submitting a fraudulent copy of a quote from one of the sub-contractors hired to work on the mail facility.

But the Mounties didn't notify Canada Post about the investigation until February 2016, more than 14 months after they suspected fraud in the construction project.

When asked why, Cyrenne said: "We won't be discussing any other aspect of the investigation at this time." 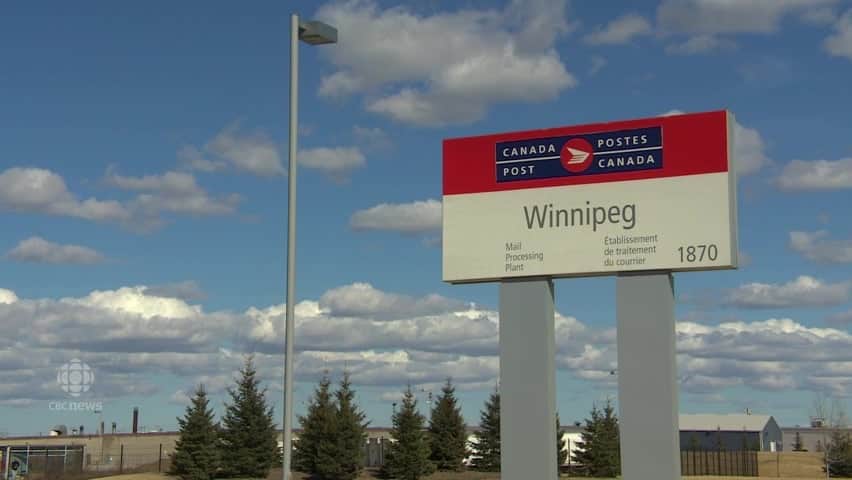 3 years agoVideo
1:16
Canada Post continued to pay builders of the Winnipeg mail-processing plant six years after the facility was complete, and more than a year after RCMP first learned of possible fraud in the construction project, CBC News has learned. 1:16