Raymond Cormier says he didn't kill or sexually exploit Tina Fontaine, but admits he gave her cannabis, prompting a call from her family and a former grand chief to have him charged for trafficking an illicit substance to a minor.

Family wants Cormier charged for providing pot to the teen

Raymond Cormier says he didn't kill or sexually exploit Winnipeg teen Tina Fontaine, but admits he gave her cannabis, prompting a call from her family and a former grand chief to have him charged for trafficking an illicit substance to a minor.

When asked in an interview with CBC News if he contributed to Tina's drug use, Cormier responded: "Partially, and only a little bit. And it was weed."

Cormier, 57, was charged with second-degree murder in connection with the 15-year-old's death, and was acquitted by a jury in February 2018. Cormier did not have to answer any questions in court.

In an interview after his acquittal, he repeatedly denied any involvement in Fontaine's death.

"I was the one who had the most convenient background — my history, the 92 convictions, in and out of jail, homeless. They handpicked me," he said. "There are people out there who might think that I got away with something. I didn't get away with nothing."

Watch the interview with Cormier: 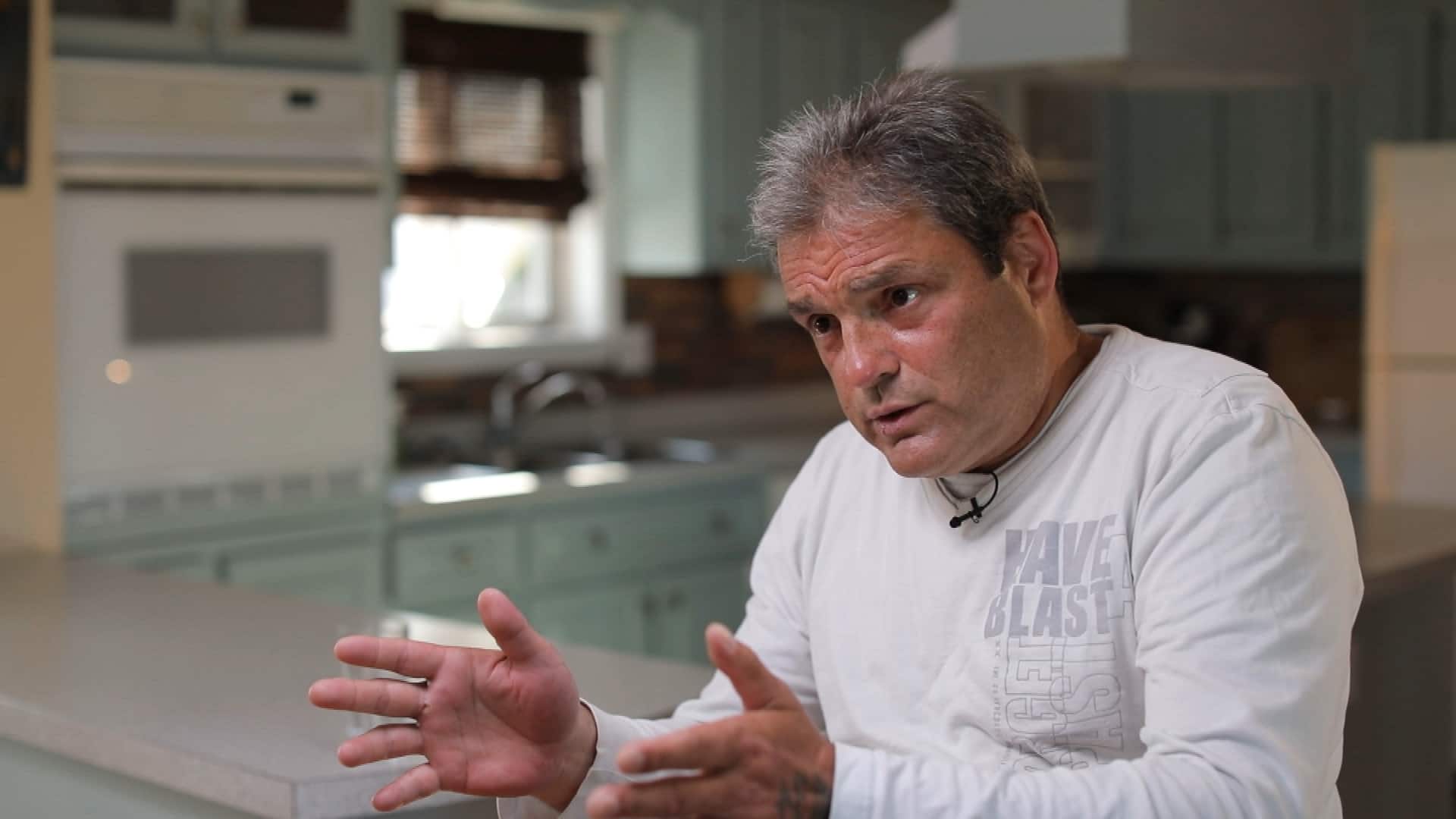 2 years ago
11:47
Raymond Cormier never took the stand during his second degree murder trial. He denies playing a role in Tina Fontaine's death but admits to giving her drugs. 11:47

Earlier this week, the Manitoba Advocate for Children and Youth released a 115-page report into the death of Fontaine, whose 72-pound body was pulled from Winnipeg's Red River on Aug. 17, 2014. Her death triggered national outrage.

In preparation for that report, CBC News re-examined elements of last year's interview with Cormier.

His comments prompted Fontaine's family and a former grand chief to call for him to face a different criminal charge.

"I would like him to be to be charged with giving Tina drugs," said Thelma Favel, the teen's great-aunt. "That's what I want. He cannot get away with absolutely nothing when he did have something to do with it."

"He should face charges for it, for supplying drugs to a minor," said North. "The danger he put Tina in, he should face some time for that."

If charges were ever laid, former federal prosecutor Robin Parker said they would be under the law that applied in 2014 — before the Cannabis Act came into effect, which makes it a crime to give minors weed.

"It is possible that he could be prosecuted for trafficking in marijuana," said Parker, who is now a defence lawyer. It would not be easy to prove though, she said.

Parker spent more than a decade prosecuting drug cases and said trafficking can be defined as giving as well as selling. Any potential trafficking charge would be for a substance "held out," or believed to be marijuana, because there is no way of testing for it now.

"That would be for the Crown to determine whether it's in the public interest to prosecute him or not," said Parker. "But the justifiable outrage? I feel it too."

If a suspect could potentially be charged with multiple counts, Parker said it is a common prosecutorial strategy to go for the biggest charge, like second-degree murder, when moving forward with a trial.

At the time of Fontaine's death in 2014, giving cannabis to a minor was an aggravating factor, and under current law can carry a 14-year sentence.

According to the report of the Children's Advocate that was released Tuesday, a Child and Family Services (CFS) agency involved in Fontaine's care "suspected that Tina was being sexually exploited as she was known to associate with older men 'who feed her addiction.'"

Cormier is mentioned by name in the report.

"Tina spoke of wanting to get a bike as she had lost hers and indicated that a friend of hers, Sebastian (a.k.a. Frenchy, Raymond Cormier) was going to find one for her. The worker further enquired about Sebastian. Tina shared that he was a 62-year-old methamphetamine user and that she liked to 'just chill' with him. Although Tina tested positive for amphetamines, she denied using methamphetamine with him."

Cormier was 52 at the time.

Fontaine started using cannabis at age 12 to cope with the fallout from her father's murder. She was suspended from school for being under the influence of pot; her drug use worsened, expanding to other substances when she came to Winnipeg in the summer of 2014.

Quoting statistics from the province, the report says 70 per cent of youth who are exploited in Manitoba are Indigenous and 80 per cent of those victims are female.

The vast majority have addictions issues.

Traces of cannabis were found in Fontaine's system after her body was recovered.

"I didn't know things were that bad until I read everything in the media. And the Children's Advocate report. I didn't know it was that bad," said Favel. "And it broke my heart to hear it, to read it."

"I just want him to pay for something."

The Winnipeg Police Service had no comment on the calls for drug charges, saying "the matter was raised at trial." The police service said Fontaine's homicide case is still open, but they are not currently pursuing any suspects.

Jennifer Richardson, who worked with Winnipeg's StreetReach program for years before moving to Ontario, said drugs are often used to exploit youth.

"In my experience, oftentimes adult males are luring children through the auspices of 'come to a party' But their intent is to sexually exploit them. They offer a great time. They offer drugs and alcohol. They offer a place to stay. They offer understanding. They offer love," Richardson said.

"But their intent, from cases I have investigated, is to exploit children — is to have sex with children."

During the interview, Cormier repeatedly denied any sexual interaction with Fontaine. But he admitted he was attracted to her and thought they were going to have sex.

He also denied trading drugs with her for sex.

"I told her, because she did look young, but she also looked old enough. So it was like borderline," Cormier said. "I said: 'Tina, if you're old enough to be involved in an adult relationship and that's what you want with me, then I'm all good. Let's go have some fun.'"

Favel believes Cormier took sexual advantage of the teen based on police intercepts she heard during the murder trial last year.

"My God, when I heard that in court, I just … He was infatuated with Tina," Favel said. "Every time Cormier talked, he'd bring Tina up. Nobody else did but him. And the things he said about her, what he wanted to do to her.

"I know in my heart, he did something."

As part of a six-month investigation, Winnipeg police bugged Cormier's apartment and had undercover officers interact with him, recording more than 10,000 intercepted conversations. The intercepts are of poor audio quality, but were accompanied by transcriptions provided by investigators.

"This is how we met and then we had sex," read one of the transcriptions, quoting Cormier.

"I did Tina. F--king supposed to be legal and only 15," read another intercept.

When asked about the transcripts during the interview, Cormier again denied exploiting the teen.

"I said those things, but it's all the missing words. It was them cherry-picking the available dialogue," Cormier said.

Cormier was never tried on sex or drug charges in connection with Tina. 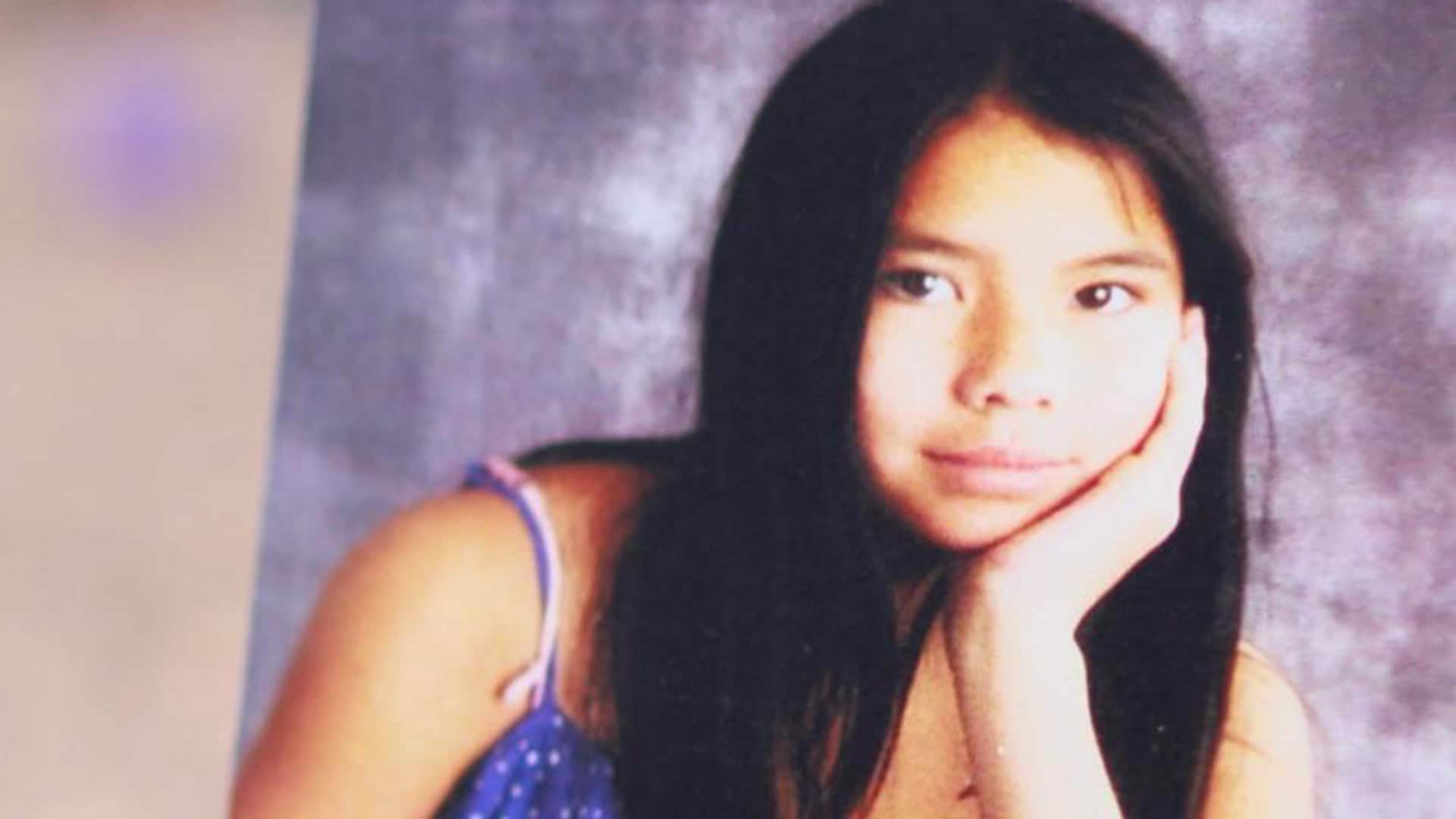 How Tina Fontaine's death forced a community to take action

2 years ago
12:19
Tina Fontaine was a ward of Child and Family Services when she died five years ago — a tragedy that sparked community action to prevent the system from failing someone again. 12:19
CBC's Journalistic Standards and Practices|About CBC News
now