'I'm not a saint': What Raymond Cormier revealed to CBC about the case against him in Tina Fontaine's death

It wasn't a totally unexpected call. What was unexpected was how quickly Raymond Cormier got in touch with CBC. A jury in Winnipeg is now deliberating the fate of Cormier, who has pleaded not guilty in the death of 15-year-old Tina Fontaine.

It wasn't a totally unexpected call. What was unexpected was how quickly Raymond Cormier got in touch.

It was November 2016, and CBC had just learned that Cormier had filed a Law Enforcement Agency Review complaint against the Winnipeg Police Service. We wanted to know why.

I put in a request to speak with him at the Brandon Correctional Centre where he was being held on a charge of second-degree murder in connection with Tina Fontaine's death. Within hours, my phone was ringing.

"You're a reporter for sure?"  he asked.  "Are you a court reporter or are you an investigative journalist?"

Cormier had definite ideas of who he did and did not want to talk to.

"They all want me not to talk to the news, but this is too much. This is too much," he said, in a raspy voice with a slight French accent. "There is a lot on this case that the good general public is not aware of."

One of the first things he wanted to let the public know was that he had been ensnared in a Mr. Big sting.

It's a controversial technique. Undercover officers befriend a suspect and try to get him to join a fictitious criminal organization they've created. The goal is to secure a confession.

In Cormier's case, undercover Winnipeg officers set him up in an apartment on Logan Avenue. A police officer known to Cormier as Mohammed moved in down the hall.

Then in October 2015, the police staged a crime.

What court heard was that Mohammed and another undercover female officer pretended to argue loudly in Mohammed's suite. Then Cormier saw someone carrying the woman's body to a truck outside.

Cormier told us a slightly different version. He says he figured out early on that the neighbours who befriended him were undercover police officers when they staged that "mock murder."

Listen to Cormier explain how police tried to get him to confess:

3 years ago
0:48
Raymond Cormier describes how he realized police used a Mr. Big scenario to try to get him to confess to killing Tina Fontaine. 0:48

When they asked for his help cleaning up the crime scene, he told CBC, "I played along with it."

Cormier says he was asked to help clean up blood from the suite and if he knew the best way to remove blood spatter from walls. He said he believes it was a ruse designed to see if he had any experience cleaning up evidence.

Over the next two years, through visits and many phone calls, he would reveal much more about the case against him and who he was as a person.

I first made the two-hour drive out to the Brandon Correctional Centre a few days after his initial call. I remember the institution doors swinging open with a harsh buzz and a guard leading me through a brightly lit common area to a small room with a table, an ancient computer and two chairs.

The guard handed me a panic button. If there was trouble, I was to push it and someone would come.

Cormier lumbered in like a guy with a chip on his shoulder. He looked nothing like the widely distributed mugshot from his arrest.

No more wild hair. In fact, no hair at all. And no more beard.

"My Charles Manson look," he joked about that infamous shot.

'I got some kudos there'

He was short and stocky with round features and brown eyes that, during my time with him, oscillated between a burning indignance and a glum, vaguely medicated look.

During our conversations, he got easily worked up and often derailed his own trains of thought. He's also paranoid and admits as much. His substance abuse started at a young age, as did his brushes with the law.

Listen to Cormier describe his childhood:

3 years ago
1:00
Raymond Cormier describes how he feels his parents neglected him and his siblings when they were growing up. 1:00

Cormier was born in New Brunswick. Times were tough and his parents packed up the family and moved to southern Ontario for work when he was a kid. He played hockey and, by his own account, was a talented right winger.

"I was always the best player on the team you know, top scores, and I remember some parents would come up to me: 'Thanks for passing that puck to my son,'" he said. "So I got some kudos there, but I was always looking for somebody from home like my brother, or my mom or my dad to come and watch me play hockey."

His home life was chaotic with a lot of people coming and going. His parents took on a lot of boarders, and he says he was exposed to alcoholism and violence. One of his sisters was dating "a creep — pedophile actually," he said.

Cormier said he believed his parents loved but neglected him.

"It caused me to act out. I'd get drunk, and I'd get angry and I'd put my fist through a window or whatever," he said.

That would typically land him in the police station where he said he'd finally get the attention he craved.

"Somebody's coming to see me and take care of me, and I'm getting the love I need. And a kid doesn't know that, he doesn't know that's what's happening. He's being indoctrinated into inappropriate behaviour to meet his needs," he said.

Drinking went hand in hand with his delinquency.

"Drinking alcohol gave me the courage to do some of the things I did, you know, beating other kids up, stealing cars or whatever because at first when people get involved with doing stuff like that there's fear," he said.

Cormier's criminal record is lengthy and varied with 92 convictions in at least three provinces for all manner of malfeasance: assault, weapons, drugs and fraud. And he made no bones about it.

Once, under a special program for people on social assistance, he tried to raise $25,000 to start an art business with a good, old-fashioned bank fraud scheme.

"There was a cousin of mine who was involved in a [cheque] kiting scam, with the Royal Bank, so I'm going to go and do that, and then get a bunch of people to help me, then I'll get the money, start my business, sell enough artwork, and then pay everybody back."

Once again, Cormier was busted.

Cormier has several brothers and sisters, but says he had only been regularly in contact with one of them, a sister, during his incarceration. He also told me he had children of his own: two sons and a daughter.

"The daughter was given up for adoption at birth, and I'm not sure if she knows that I'm her father or not," he said. "There's only one of my children that I had any contact with. The first one."

When I met him, Cormier was drawing dragons, wizards and magical creatures to pass the time in segregation, and had created a fantasy world with its own language.

He showed me some of his sketches. They were vivid, detailed and called to mind Dungeons and Dragons paraphernalia or a poor man's Game of Thrones.

After that initial visit in 2016, Cormier would call and call often. Some days he'd call multiple times if he was particularly upset about some evidence he learned from the murder case.

In some cases, he just called to check in and hear a familiar voice. As the trial date drew closer, Cormier's calls dwindled. When he did call, he was often slow and sleepy from the daily doses of Seroquel, an anti-psychotic medication prescribed for him in jail.

Bit by bit, as he read the evidence against him, Cormier would call and reveal details. We delved into what he told us and tried to track down names he gave us. It didn't take long before we got a stern call from the Crown warning us against contacting its witnesses. At the very least, it confirmed Cormier was telling us information that was in the ballpark of correct.

But not everything matched up with the evidence the court heard. Case in point: I asked him many times whether he had sex with Tina Fontaine. He swore he didn't. And yet the jury heard that he bragged about having sex with the 15-year-old. 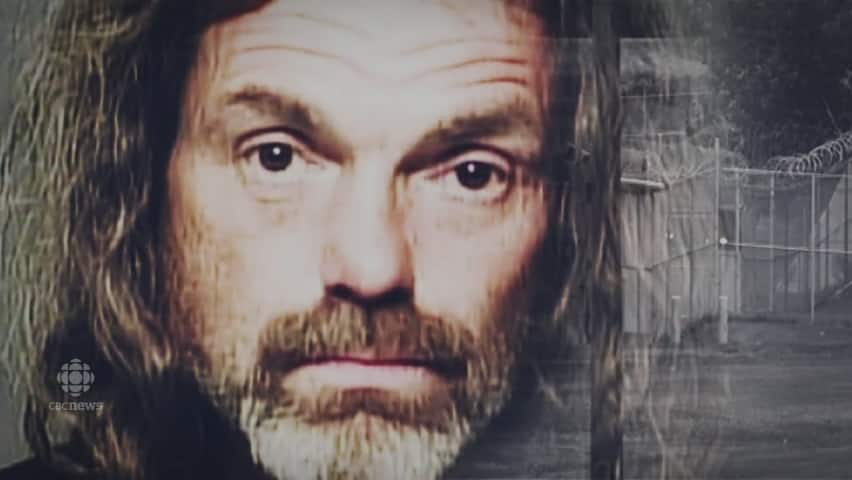 Cormier explains how he got 'sucked into' Mr. Big sting in pre-trial interview

4 years ago
2:53
The man accused of killing Tina Fontaine spoke to CBC News before the start of his trial about the undercover police operation he says entrapped him. 2:53

Cormier was easily agitated and most of his anger was aimed at authorities. Often his lawyers. In fact, he'd frequently call to tell me he fired his lawyers, which he hadn't, at least not formally.

He was especially angry with Winnipeg police Chief Danny Smyth, who he accused of misleading the media as to how he ended up in Vancouver.

Cormier was concerned people thought he was running from the law when he had been brought there by police as a part of the undercover operation. Former minister of child and family services Kerri Irvin-Ross was another of his frequent targets because public comments she made after his arrest implied he was guilty.

"It's a sense of relief that the perpetrator has been found," she had said at the time.

Cormier, however, kept calling her "Kerri Irving-Ross." The Irvings, he reminded me, were a powerful family in New Brunswick and he told me they had a lot of influence. This played to his paranoia that the larger system was conspiring against him, a man on the fringe of society.

"It's Irvin, Raymond. I-R-V-I-N," I would tell him again and again. I'm not sure he ever believed me.

Once, Cormier's anger was directed at me. He flew off the handle when I presented him with some information we had uncovered. He demanded to know how I knew what I knew. I firmly explained I was not going to tell him and betray our sources. He was furious.

The next day, he called to apologize.

That was Raymond. A hair-trigger temper, some time to stew and then an effusive apology the next day.

Cormier has been in segregation ever since his arrest. He's had a lot of time to sit, and think and come to terms with himself and his past.

And while he admitted to just about every other misdeed I asked him about, he consistently denied any hand in Tina Fontaine's death. That in and of itself, he argued, proved he didn't do it.

"Basically, for the most part, I was guilty for almost everything I've ever done. I'm not a saint," he said. "But I'm not a demon or anything either. This is wrong. It's wrong to do this to somebody."

We'll find out soon whether a jury agrees.

Katie Nicholson is a senior reporter with CBC News based in Toronto.