Assiniboia MLA Steven Fletcher says his privilege as a parliamentarian has been breached by not having access to all parts of the chamber of the legislature.

Fletcher wants to make all parts of the building accessible

In a calm and matter-of-fact voice Steven Fletcher challenged his own government to make the Manitoba Legislature truly accessible.

But behind the quiet demeanour, Fletcher, who is quadriplegic and uses a wheel chair, is frustrated with the pace of change to make all parts of the building, especially the chamber, accessible to everyone.

The MLA from Assiniboia stated that his privilege as a parliamentarian has been breached because he can't access the centre of the chamber, a sunken area which is often called "the pit." 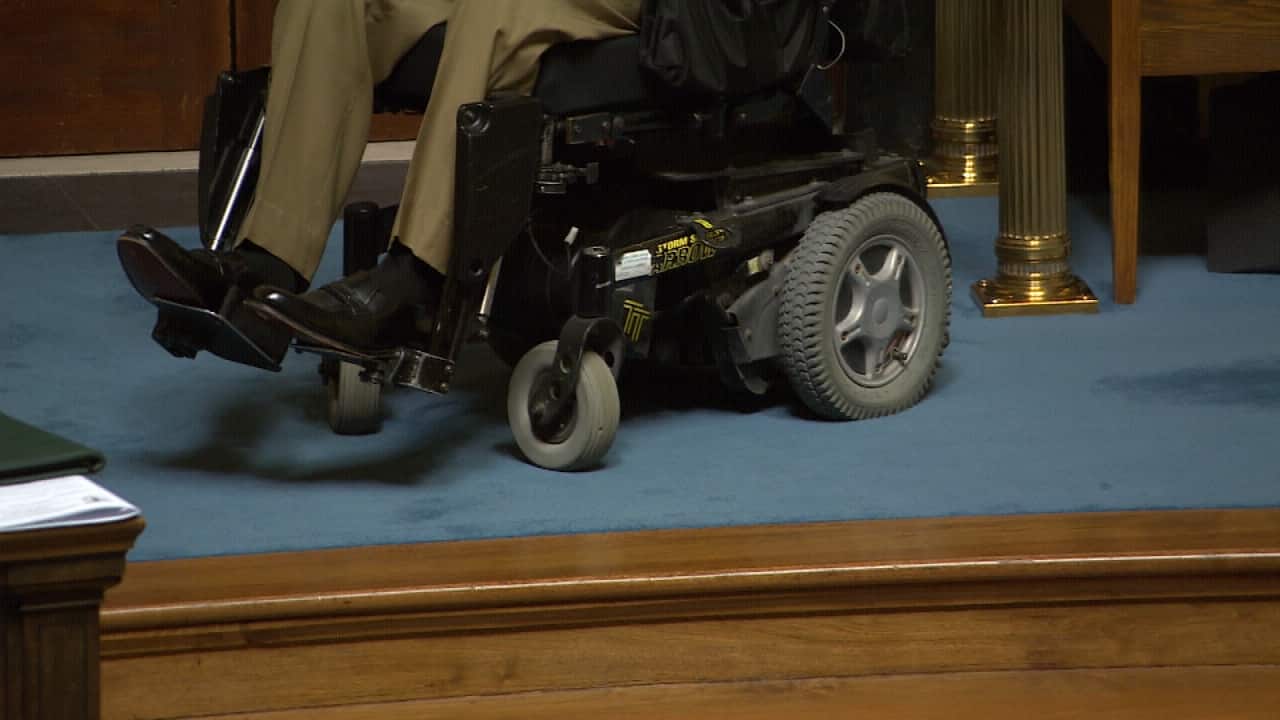 4 years agoVideo
1:57
The quadriplegic wheel-chair bound MLA from Assiniboia stated that his privilege as a parliamentarian has been breached because he can't access the centre of the chamber, a sunken area which is often called "the pit." 1:57

Fletcher said this is the most important part of the chamber where the clerks and the front benches are located and moved that a solution be found before the end of the year.

Fletcher, who was the first quadriplegic member of Parliament in the Commonwealth when he was elected as a federal MP, told the legislature "imagine a workplace that makes the laws of our land and it's not accessible to everyone."

He called the current situation a "clear and egregious example of restricting access," and it was "restricting this member from doing his duties."

Fletcher noted that work to make the Manitoba Legislature more accessible had been going on for some time; recalling efforts made by former NDP Premier Gary Doer to have wheelchair ramps built at the front of the building.

Some people said it would be too expensive, Fletcher told the Legislature.

He also recalled a time when there were no women's washrooms in the building.

Consultants and civil servants have been looking at how to make the chamber more accessible and have proposed a mechanical lift, but Fletcher thinks simply raising the floor of the chamber would be a more elegant and simple solution.

"[They are] almost impossible for a quadriplegic to operate," Fletcher said.

Fletcher has tabled a motion to have a plan in place and work started to make the chamber more accessible by the new year.

PC House leader Kelvin Goertzen praised Fletcher saying "Canadians know my honourable friend is a trailblazer. He
raises a valid point and it's probably correct on the issue of privilege."

Goertzen's comments where echoed by NDP House Leader Jim Maloway. Speaker Myrna Driedger said she would take the motion under advisement and return with a ruling.