A litter of puppies has been brought back to civilization after they were discovered on a small, uninhabited island near Cross Lake, Man.

7 pups were discovered Monday by two boaters near Cross Lake

A litter of puppies has been brought back to civilization after they were discovered on a small, uninhabited island near Cross Lake, Man.

Come Saturday, they will be on the road to Winnipeg with Norway House Animal Rescue after being picked up from the island on Wednesday.

"They will be the Gilligan's Island crew — four boys, three girls," Deb Vandekerkhove, director of the rescue, said, referencing the 1960s TV show about castaways stuck on an island.

"As we meet them, we will attach their names based on their personality — you know, who's the goof, who's the boss."

It's not clear how the pups ended up on the island.

Vandekerkhove said she got a call Monday from a volunteer from Cross Lake, more than 500 kilometres north of Winnipeg, saying that a boater named Junior Cook discovered the pups, which are about four months old.

"He actually heard them the night before. He and his friend were out and it was getting dark already, and they heard some noises on the island," she said.

"They took their binoculars and they couldn't see anything but some dark shadows, and they heard a bunch of crying. They thought originally it was wolves."

When daylight came, Cook returned and found the puppies. He gave them whatever food he had on the boat and got in touch with the rescue, said Vandekerkhove.

She said they supplied him with food and the puppies ate a whole bag in a day.

While she has only seen photos and videos of the dogs, she said that based on conversations with Cook, it seems the puppies are doing well.

"They're getting better with people now, which is a good thing because they were terrified of them when they first came."

The rescue is driving to Cross Lake on Friday and will bring the pups back to Winnipeg this weekend.

They will eventually be put up for adoption by Winnipeg Pet Rescue.

See video of the puppies on the island: 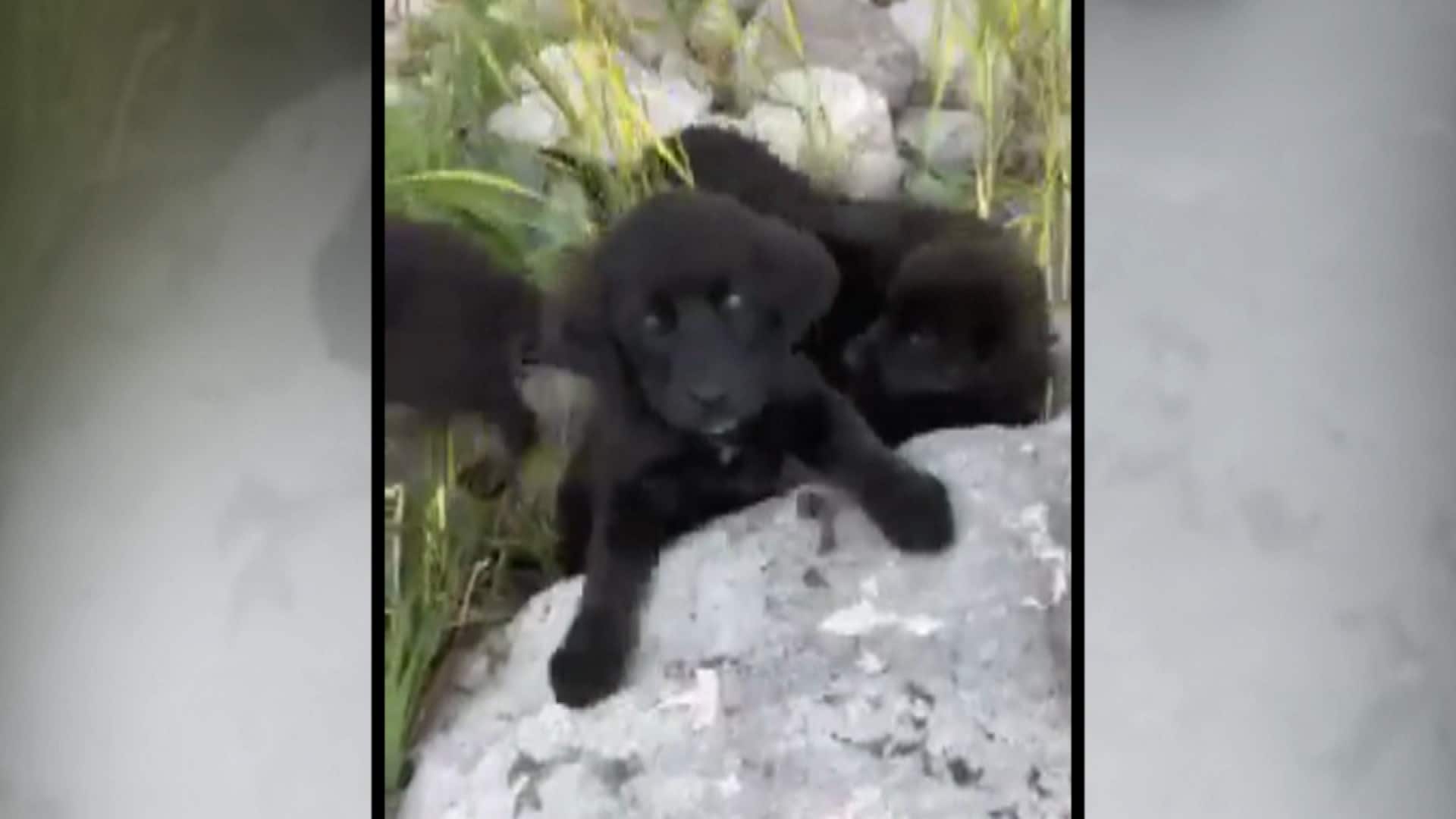 2 years agoVideo
1:00
A litter of puppies has been brought back to civilization after being discovered on a small, uninhabited island near Cross Lake, Man. 1:00
CBC's Journalistic Standards and Practices|About CBC News
now