Security measures were tightened at several Manitoba locations, including the provincial legislature and the 17 Wing military base in Winnipeg, following the attack in downtown Ottawa today. 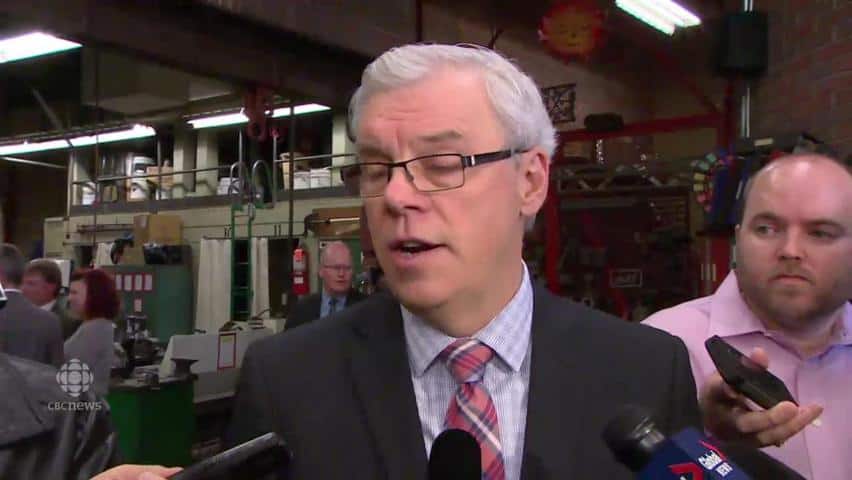 6 years ago
1:55
Security measures were tightened at several Manitoba locations including the provincial legislature and the 17 Wing military base in Winnipeg following the attack in downtown Ottawa today. 1:55

Security measures were tightened at several Manitoba locations including the provincial legislature and the 17 Wing military base in Winnipeg following the attack in downtown Ottawa today.

A man with a rifle shot and fatally wounded a soldier standing guard at the National War Memorial on Wednesday morning, before seizing a car and driving to the doors of Parliament Hill's Centre Block nearby.

The slain soldier has been identified as Cpl. Nathan Cirillo, 24, a reservist from Hamilton.

Moments later, MPs and other witnesses reported 30 to 50 shots fired inside the main Parliament building. It was confirmed later the gunman was shot dead inside the building.

The shooting has put downtown Ottawa in lockdown as police search around the area.

The incident prompted the Canadian Forces to tighten security at 17 Wing and other bases. Vehicles were seen being searched as they entered the base on Wednesday.

Over at Domenica's Salon, a nearby hair salon that usually serves 20 military clients a day, staff said they saw no one from the base on Wednesday.

"I think it's that much more personal just because, you know, we have a lot of personal relationships, and you really get to know these people over the years," salon manager Carmelo Giampaolo told CBC News.

A public event at 17 Wing that was scheduled for Wednesday was cancelled. The event was a goodbye for soldiers scheduled to leave the base for Iraq with Operation Impact.

The operation is the Canadian Forces' contribution to the coalition effort against ISIS in Iraq.

'This changes the game'

There was also heightened security at the Manitoba legislature, said Don Finkbeiner, who does tours of the building.

"This changes the game totally," he said.

Finkbeiner said while the situation in Ottawa is frightening, he hopes paranoia doesn't set in.

"Hopefully this doesn't change things dramatically like that; that would be a real shame," he said.

"It's a strange world out there but hopefully, you know, cooler heads will prevail on this kind of thing and we don't have to worry about hyper-security everywhere we go."

In a statement, Manitoba Premier Greg Selinger said, "Our thoughts and prayers are with the family and friends of the soldier tragically killed in Ottawa today, and those injured."

He thanked first responders, police officers and security personnel who put themselves in harm's way to protect fellow Canadians.

"As we struggle to make sense of these tragic events at the heart of our nation's democracy, Manitobans stand with all Canadians, united in our sadness, strength and resilience," Selinger said.

Flags at the legislative building were lowered to half mast, and police remained in front of the building in the evening.

Some shocked, but some not surprised

Security was not boosted at the Winnipeg airport, but some travellers expressed concern about the situation in Ottawa.

"I think it's scary. I think it's important that we don't overreact," said Kimberly Weihs, who was flying to Toronto.

"We've been safe up until this point, and I think it is going to be changing for Canadians and how we view our security within Canada."

The shooting did not come as a surprise to Donald Collins, a veteran who served with the Canadian military for 35 years.

Collins, who was at the Legion in St. James with a friend when he heard the news from Ottawa, said he was not totally surprised to hear of an attack on Canadian soil.

"It was only a matter of time," he said.

"They could do it over here at the air base, it could be done out of Kapyong Barricks or anywhere else. It's something that's going to happen."