Maeengan Linklater uncovered a report in a scientific journal showing experiments were conducted on Brandon Residential School children in the 1940's. The children weren't hurt, but Linklater says clearly they were exploited.

'It's not like these kids knew what they were participating in,' says Maeengan Linklater 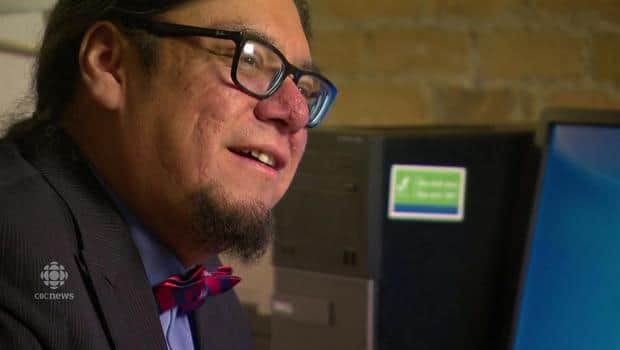 6 years agoVideo
1:58
One Winnipegger said he was shocked to stumble on a report that shows experiments were conducted on children at Brandon's Indian Residential School in the 1940's. 1:58

One Winnipegger said he was shocked to stumble on a report that shows experiments were conducted on children at Brandon's Indian Residential School in the 1940s.

“This is incredible, especially when you take into account the other studies, medical tests that had been conducted at residential schools,” said Maeengan Linklater.

If that happened today, how would we feel if those were our kids?- Jamie Wilson, Treaty Relations Commission of Manitoba

Linklater was reading "Mysterious Manitoba" by Chris Rutkowski when he saw a passing reference to experiments on extra sensory perception, or ESP, on students at the school in 1941.

A librarian friend found the actual scientific journal article and sent it to him.

The article was published in 1943 by a scientist named A.A Foster.A librarian friend found the actual scientific journal article and sent it to him.

The study was trying to find a better way to test ESP using special cards. The author of the study said the 50 children that participated did so willingly.

“It's not like these kids knew what they were participating in, because if these kids were starving already, a little bit of candy would go a long way,” said Linklater.

He said the children weren't hurt in the experiment, which was conducted by a teacher named Miss D. Doyle, but were given candy and other favours if they participated.

"There's no parental consent, there's no research studies that would have been ethical by our standards today, and these kids were exploited," Linklater said.

Other articles Linklater read on the Brandon school including "Shingwauks Vision and A National Crime" described conditions there as deplorable, with malnourished children.

The concern is: Were there other experiments?- Ian Mosby, post-doctoral fellow at L.R Wilson Institute for Canadian History, McMaster University.

"If you're starving and somebody says, 'You want to participate in this study, we're going to give you some candy.' You're three years old, you're from Norway House and you know, you're in this school. I mean what are you going to say?" Linklater said.

Jamie Wilson with the Treaty Relations Commission of Manitoba developed the curriculum related to treaty relations currently in use by the province’s schools. It includes the impact residential schools left behind.

Other studies done in residential schools

The article is just another example of what went on behind closed doors at the schools.

In the 1940s and 50s, American scientists subjected malnourished children to nutritional experiments.

Rather than getting food, kids were given vitamin supplements or even experimental flour.

That information was discovered by expert Ian Mosby, a post-doctoral fellow at the L.R Wilson Institute for Canadian History at McMaster University.

Mosby said it's the only study that he knows of that was conducted in residential schools in Manitoba, but he believes there were likely more harmful experiments done on vulnerable kids.

Linklater said the fact the experiments occurred at all is an indication of the control administrators had over the students and how the children were dehumanized.

"I don't mean to say this to inspire white guilt, I'm using this as a tool for change," Linklater said.

Linklater said he hopes that the uncovering of the article can further shed light on the history of Indian Residential Schools; it may change someone's attitude, and contribute towards the dialogue on reconciliation.

“If that happened today, how would we feel if those were our kids?” asked Wilson. “I think most of us would be pretty upset with that.”

Read the report below.