Winnipeg’s Iranian community took to the steps of the Manitoba legislature Friday to protest the execution of a wrestler by their home country’s regime.

Winnipeg's Iranian community took to the steps of the Manitoba legislature Friday to protest the execution of a wrestler by their home country's regime.

Navid Afkari was executed last week for allegedly stabbing a water supply company employee in the southern city of Shiraz.

He was arrested in 2018 for participating in a peaceful anti-government protest. Afkari, his family and lawyer claim he was tortured while incarcerated into confessing to a murder he did not commit.

About two dozen people showed up to protest Afkari's execution, wearing face masks and holding up photos of the wrestler. They also protested the executions and arrests of other activists in Iran, creating a drawing of a tree to symbolize executions that are still happening.

Organizers said they are planning to send it to Afkari's family in Iran.

By protesting in Canada, Arian Pour said he hopes Canadians can draw attention to the injustice and put pressure on the Iranian government.

"We would like them [Canadians] to talk about this more, not only officials but people because that will communicate the message that we're hoping to convey," he said.

"And that is that Iranians deserve more." 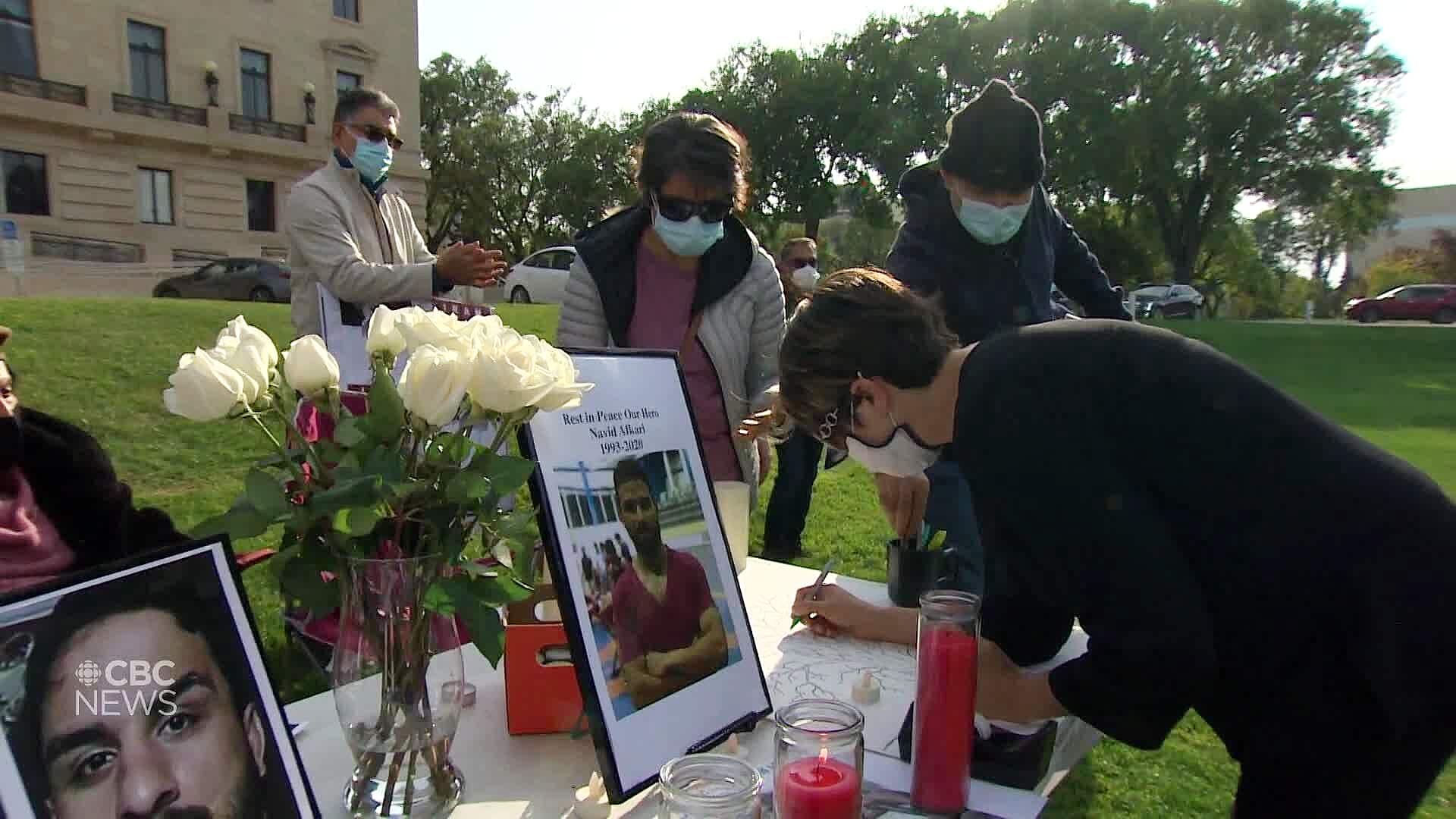 A woman attending the rally, whose name CBC is withholding due to potential harm when visiting Iran, said she was at the protest to show Afkari's family solidarity.

"We are here to mourn for him and to show him and also his family that we are all Navids, and his way of seeking a peaceful life and prosperous life is going on," said the woman, who has lived in Canada since 2016.

The UFC's Dana White also took to Twitter to call for a stay of execution before Afkari's death.