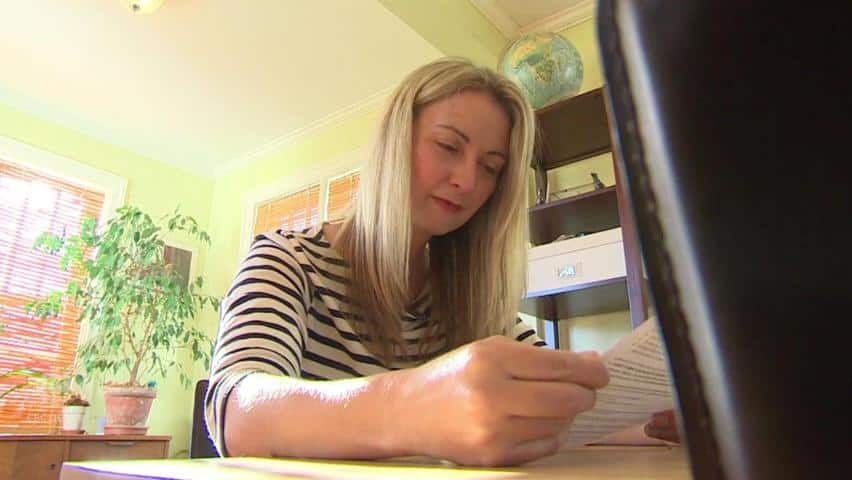 WRHA gets failing mark for spelling errors in letter to parents

"It just begs the question, you know, would you trust your child's health to the person who wrote a completely incompetent, half illegible and unprofessional letter?" said Belinda Bigold, whose daughter brought home the sheet, which outlines Grade 4 vaccines for Hepatitis B and Meningococcal C.

Bigold said the brief notice contains 10 spelling mistakes. Although "meningococcal" is spelled correctly, words like "students", "please" and "younger" are not.

“Students is spelled [with the ending] i-n-t-s. You're kind of like, oops, someone's asleep at the wheel, right? And you keep reading: sheets is spelled wrong, wish is spelled wrong. And by the time you get to the bottom of the page it's like 10 spelling errors," she said.

"But the thing is, eight of these 10 errors would have been corrected by spellcheck, which takes no time at all, which leads me to believe that the person who wrote this just doesn't care. And to me that's even more insulting."

In an email to CBC News, the WRHA apologized for the letter and said that version was sent out in error.

Despite the mistakes, the WRHA said the information on the page is accurate.

Errors should be taken seriously: professor

Karen Smith, a professor in the faculty of education at the University of Manitoba, said she was
surprised and disappointed with the errors in the WRHA letter parents received.

"Was somebody in a hurry? Why did this happen?" she said.

"[As a] former school administrator, I'm surprised that there hasn't been a bigger reaction."

She said the mistakes may seem minor, but they should be taken seriously. She said they raise questions about other important information the letter contains.

"I think sometimes a little error like this is indicative of maybe other errors," she said. "And so you start looking at other the other texts and you say, 'Wow, did they spell the dosage correctly?'"

Smith said in this day and age where everyone relies on spell check, it's curious how the mistakes slipped through.

"It's very fast isn't it and there doesn't seem to be enough time to edit these pieces and I think we have to pause before we send something."

She said perhaps in this case, it was turned off. And in a fast-paced world, that's risky.

"Because when we say something, it's often going all over the place in different locations, unlike maybe a paper in the olden days where it would just go there, now we're global. And it's everyone's issue."

You can read the original letter below.